Shortly after midnight on Sunday morning, Patrol officers observed a vehicle being driven erratically in the 2900-block of Douglas Street. The officers conducted a traffic stop, and when they approached the vehicle, observed a handgun on the floor of the vehicle. The officers arrested the two occupants.

As officers searched one of the men, they discovered that he was carrying a loaded 9mm handgun in a shoulder holster. Officers seized the firearm. The handgun officers spotted on the floor of the vehicle was a replica firearm.

A photograph of the 9mm handgun is available below. 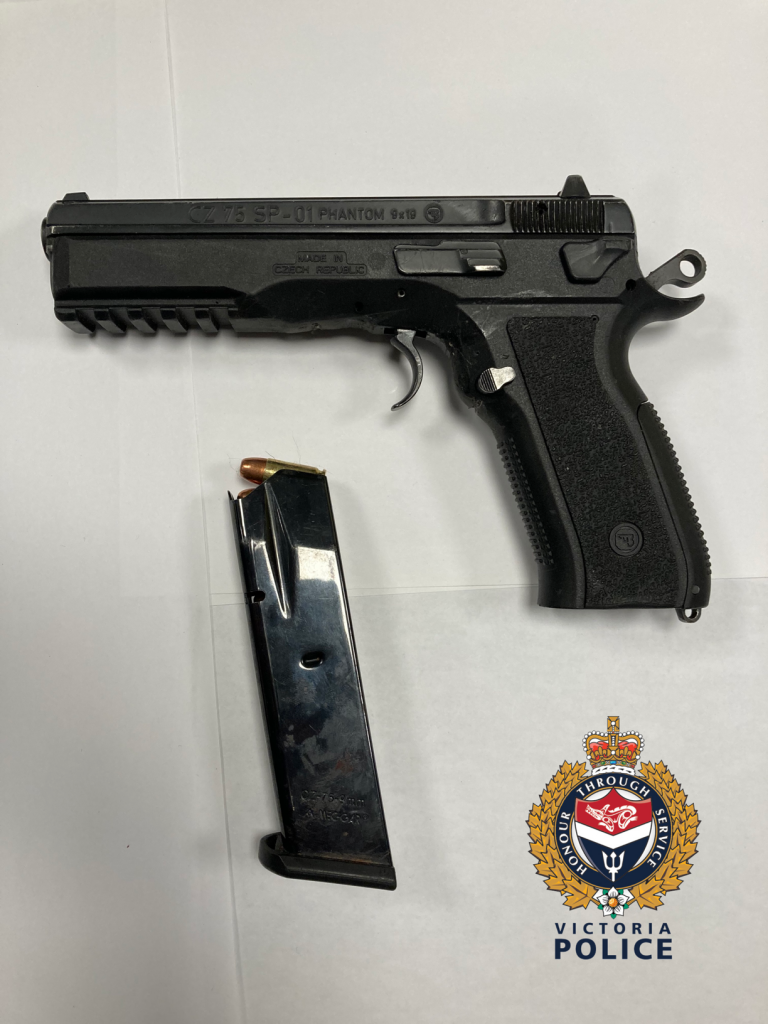 A photograph of the real firearm beside the replica firearm is available below. 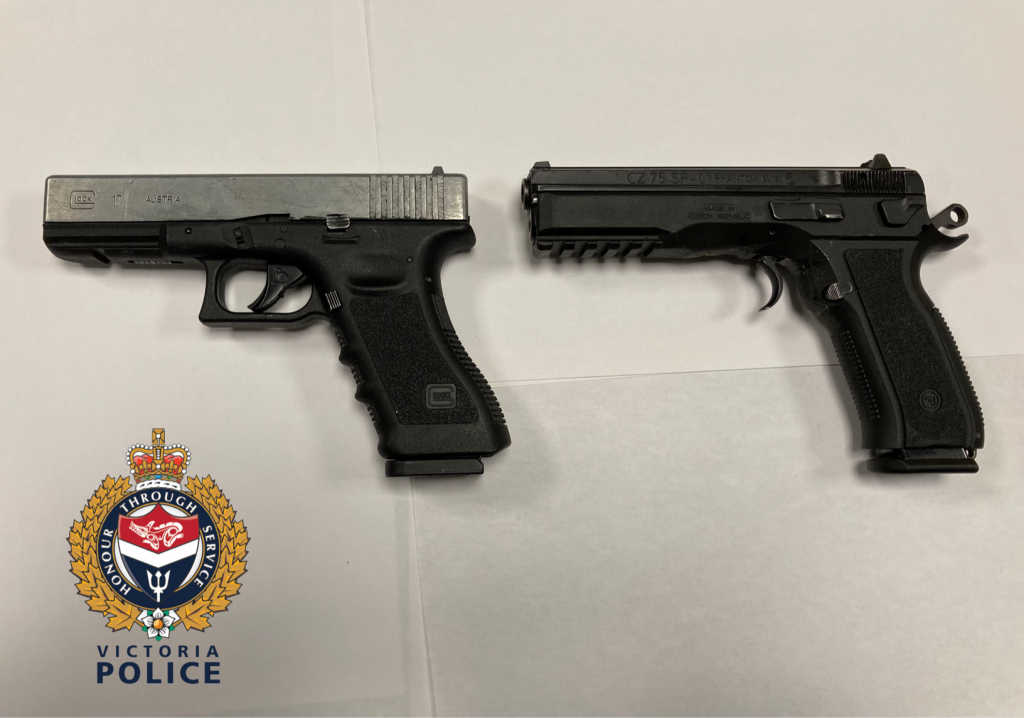 In addition to the loaded 9mm handgun and the replica firearm, officers located and seized drugs including rock cocaine, methamphetamine and fentanyl.

One man was held for court and faces eight recommended charges related to firearms possession, drug trafficking, and failing to abide by court-ordered conditions. The second man was released pending further investigation.

This file remains under investigation. If you have information about this incident, please call our VicPD Report Desk at (250) 995-7654 ext 1. To report what you know anonymously, please call Greater Victoria Crime Stoppers at 1-800-222-8477.