Victoria, BC – Patrol officers seized two replica handguns after responding to a “man with a gun” call outside a multi-unit temporary residential housing facility early this morning.

Patrol officers were called to a multi-unit temporary residential housing facility in the 3000-block of Blanshard Street just before 2 a.m. this morning for a report that a man was outside with a gun. Patrol officers arrived and located a man matching the suspect’s description. Officers took him into custody without incident.

Officers searched the man, but did not locate a firearm on his person. Subsequent searches of the nearby area revealed two realistic replica firearms. As no one claimed ownership of these weapons, they were seized for destruction. The man was released without charge. A photo of the replica firearms is below. 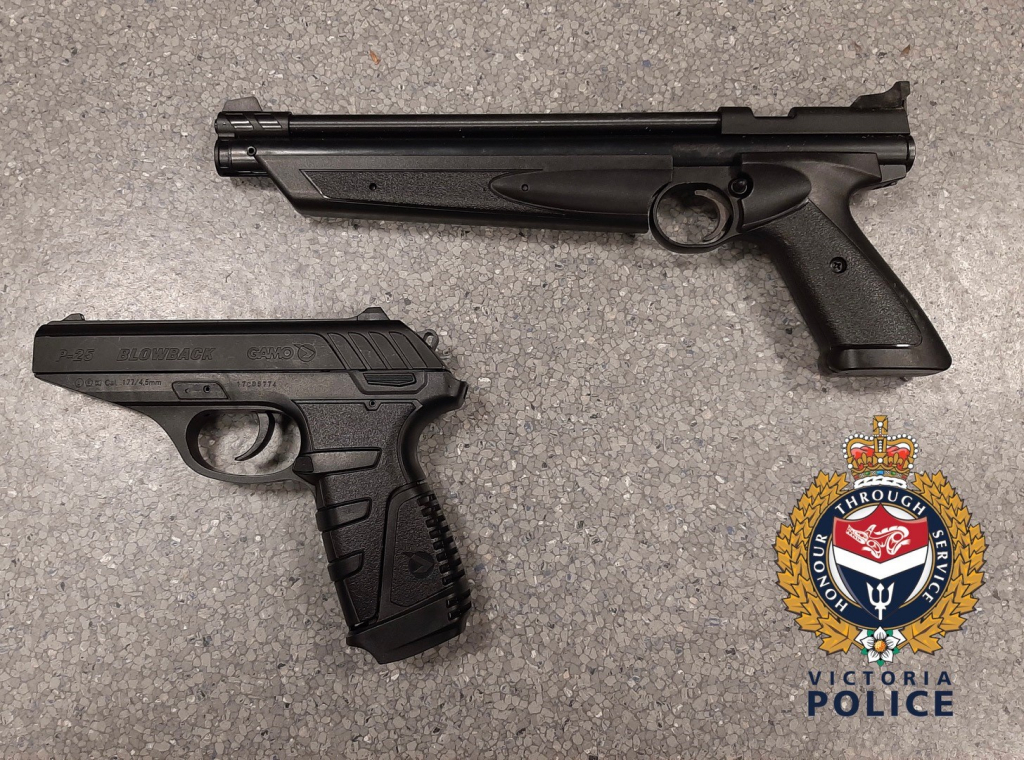 Officers responded to an increase in both real and replica firearms calls last year. All firearms calls are high-risk. When officers are called to a call reporting a person with a gun, they must treat these weapons as though they are real until they are able to determine otherwise.