At 11:30 p.m. on Saturday, May 1st, Patrol officers were called to the 900-block of North Park Street for a report of a man lying on the ground. Officers attended to check the wellbeing of the man, who reported that he was simply resting and not in medical distress.

Officers learned that the man was the subject of unendorsed warrants out of Saanich for breach of probation and theft. Before officers could take the man into custody he fled the area on foot.

Officers gave chase but lost sight of the suspect. PSD Jonny was deployed in the area by his ICS handler and he tracked the suspect to the 900-block of Pembroke Street, where the man was found hiding in bushes.

With the assistance of PSD Jonny, officers arrested the man without further incident. No one was injured in the incident. A photograph of PSD Jonny is available below. 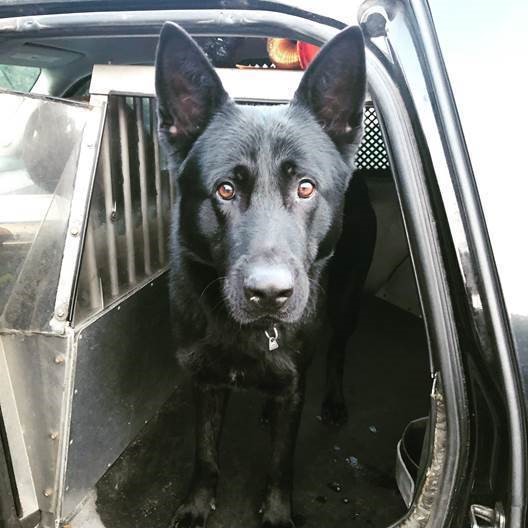 The suspect, a 24-year-old man with numerous previous convictions for offences including robbery and assault causing bodily harm, was transported to cells and held in custody to await court.