Victoria, BC – Patrol officers arrested an armed man who smashed vehicle windows and then threatened a witness yesterday morning.

Shortly after 8:30 a.m. on Monday, May 3rd, Patrol officers were called to the area of Chambers and Grant streets after several people called 911 to report that a man was smashing vehicle windows. When officers arrived, they learned the suspect had fled the area after threatening to stab a witness.

Armed with a description of the suspect, officers began to search for the man and located him near Haultain Street and Avebury Avenue. Officers observed the man throw an object to the ground as they moved to take him into custody. He was arrested without additional incident. Officers located the object and discovered it was a knife.

The investigation indicated that the man was responsible for smashing the windows of at least three different vehicles. The man faces additional charges from similar previous incidents where he allegedly smashed windows in vehicles and businesses in the Downtown and Burnside Gorge neighbourhoods. He has more than 20 previous criminal convictions including mischiefs, assaults, and assaults with weapons.

Officers transported the man to VicPD cells, where he was processed and released on conditions with a future court date.

A photograph of one of the damaged vehicles is below. 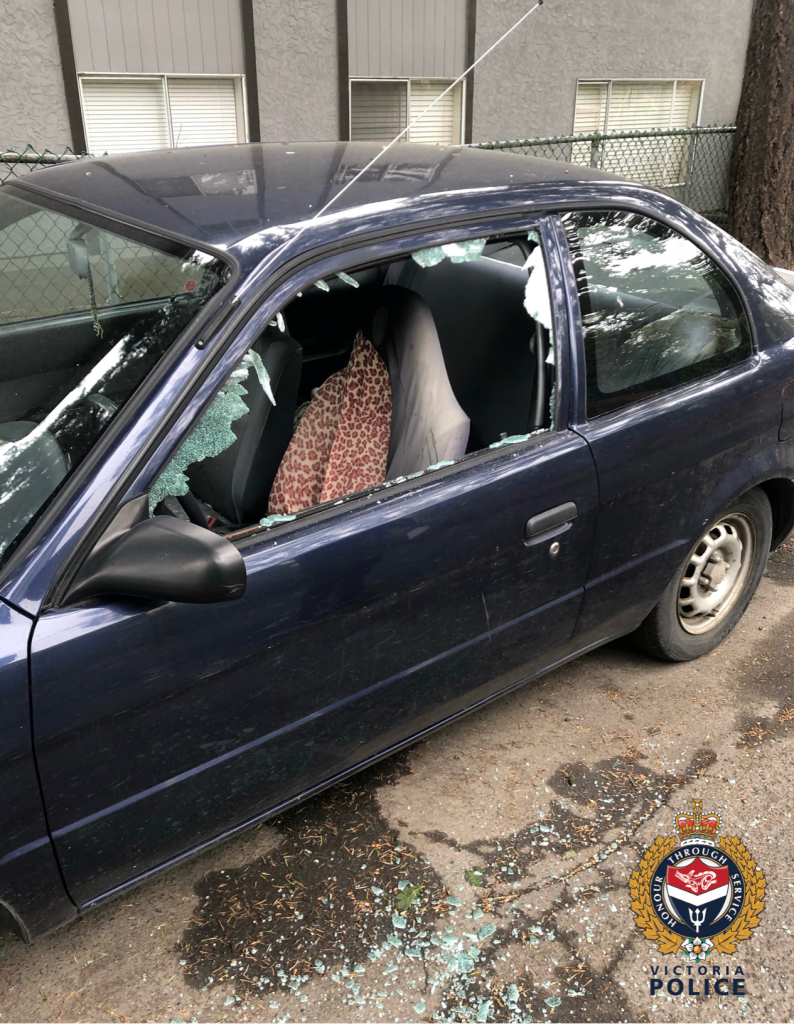 This file remains under investigation. If you have information about this incident, or discovered your vehicle damaged but have not yet spoken with officers, please call the VicPD Report Desk at (250) 995-7654 extension 1. To report what you know anonymously, please call Greater Victoria Crime Stoppers at 1-800-222-8477.