Victoria, BC –Andrew Swanson, who was wanted on outstanding warrants for assault by choking and for obstructing police, has been arrested by officers.

Swanson was arrested without incident by Patrol officers yesterday, after he was spotted by a member of the public who then called police. 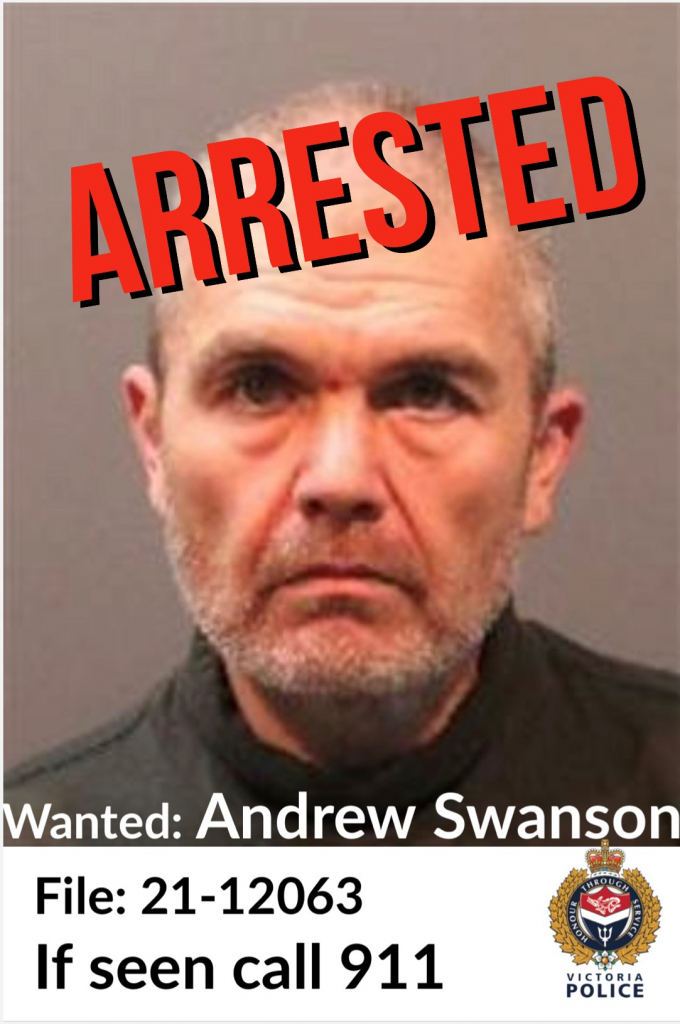 Officers executed several warrants upon arresting Swanson, two from Victoria and one from Central Saanich.

He was held in custody for court.