Victoria, BC – Major Crime Unit detectives are looking to identify a person of interest as they investigate a stabbing Friday night which sent a man to hospital with potentially life-altering injuries.

Patrol officers were in the process of investigating a call regarding a report of a man with a gun in Beacon Hill Park just before 10 p.m. Friday night, when they were also called to a multi-unit residential temporary housing building in the 1900-block of Douglas Street for a 911 call reporting that a man had been stabbed.

There have been no arrests and this incident remains under investigation.

Investigators are asking for your assistance as they work to identify and speak with a person of interest in this incident. He is described as a Caucasian male, standing approximately 5 feet 11 inches tall. He was last seen wearing a grey hooded sweater with black and blue writing on the front, baggy dark-coloured pants, white and black running shoes, a black hat, and a black bandana with white colouring on it. He was carrying a dark-coloured shoulder bag. An image of the man is below. 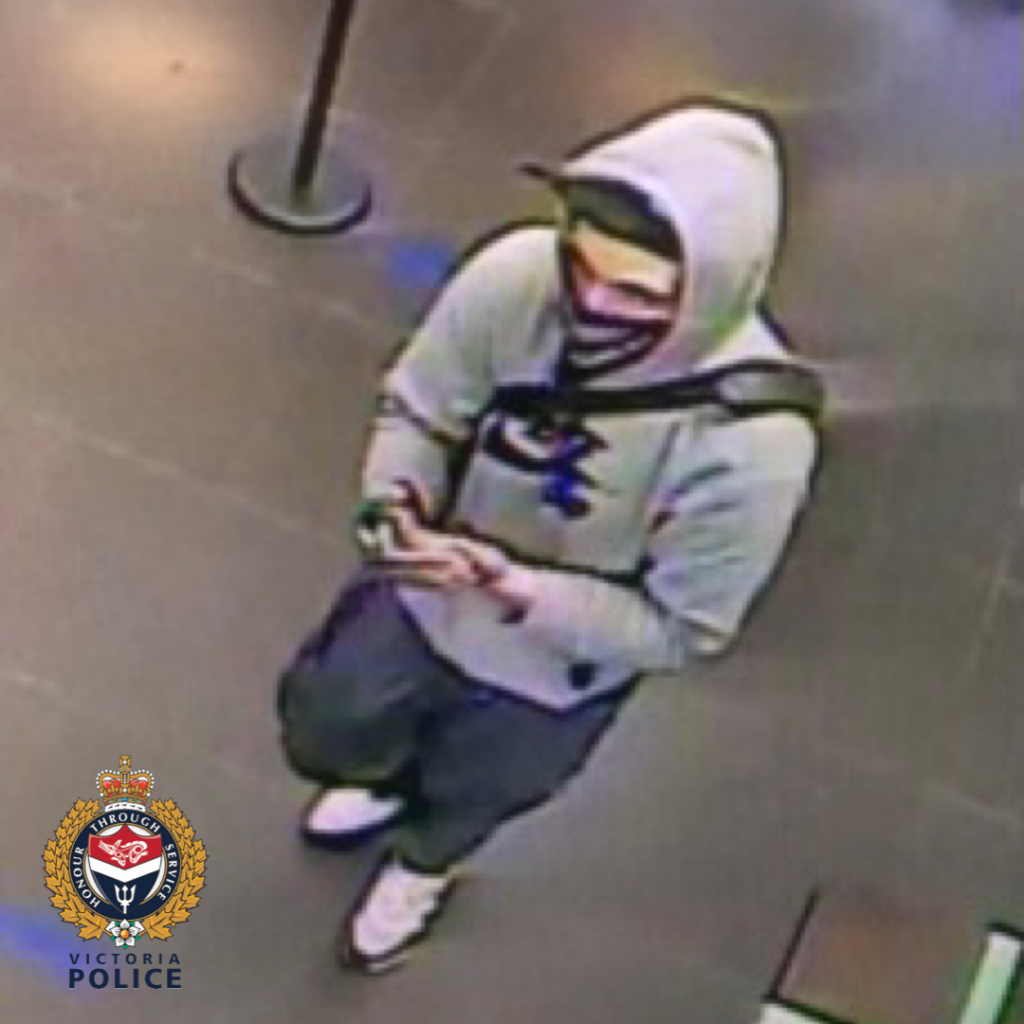 If you recognize the person of interest or have information about this incident and have not yet spoken to officers you are asked to call the VicPD Report Desk at (250) 995-7654 extension 1. To report what you know anonymously, please call Greater Victoria Crime Stoppers at 1-800-222-8477.