Victoria, BC – Patrol officers arrested a man and recovered a knife after a 911 call that an armed man was threatening people downtown yesterday afternoon.

Patrol officers were called to the 1200-block of Commercial Alley, near Victoria’s Bastion Square, just after 2:15 p.m. yesterday for a report that an agitated man, armed with a knife, was threatening people.

When officers arrived, they located a man matching the suspect’s description. Officers used Crisis Intervention and De-escalation (CID) techniques as they worked to take the man into custody safety. He was arrested without further incident.

As officers investigated, they learned that the man had threatened two women nearby while brandishing a large fishing knife. Officers located the knife and seized it as evidence. 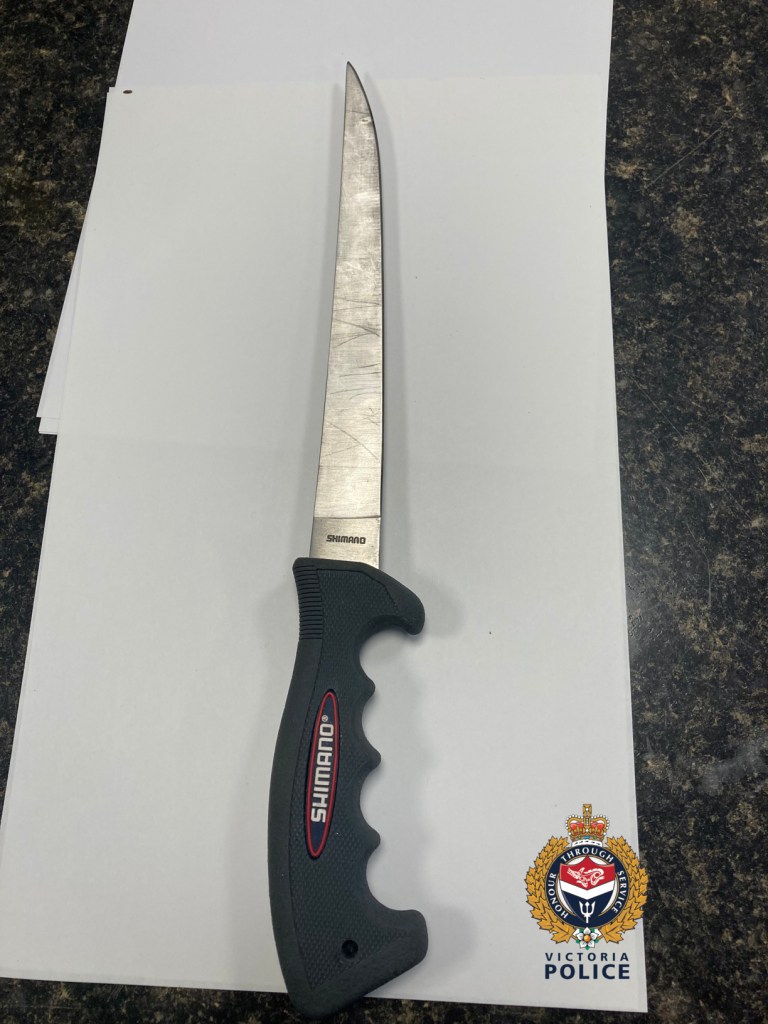 The man was transported to VicPD cells where he was held for morning court.

The man faces recommended charges for uttering threats and for breaching court-ordered conditions not to possess knives.

This incident remains under investigation. If you have information about this incident and have not yet spoken to officers you are asked to call the VicPD Report Desk at (250) 995-7654 extension 1. To report what you know anonymously, please call Greater Victoria Crime Stoppers at 1-800-222-8477.