Victoria, BC – Patrol officers are investigating after they seized a replica firearm during a threats call investigation at a downtown service provider.

Just after 12 p.m. this afternoon, Patrol officers responded to a call indicating that a man was at a service provider in the 900-block of Pandora Avenue in possession of a firearm. The man had previously threatened service provider staff and various people in the area expressed concern after he was seen with a handgun.

Officers located the man and took him into custody without incident. They searched the man, but did not locate the handgun on his person. In speaking with the man, they learned the handgun was a replica firearm and was with his possessions a short distance away. Officers searched his possessions and located the realistic replica firearm and seized it.

A photograph of the replica handgun is below. 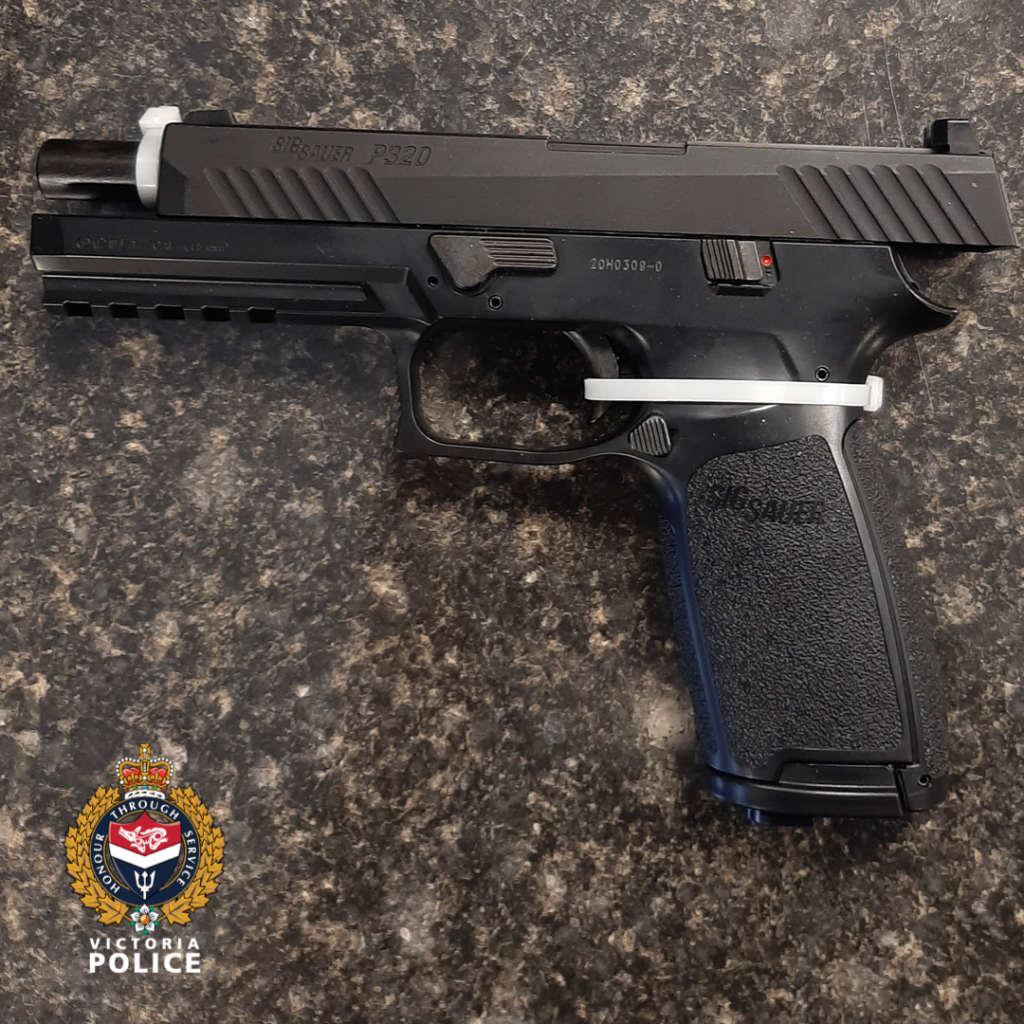 The man was released at the scene pending further investigation.