Victoria, BC – Officers are thanking bystanders who took lifesaving actions to rescue a driver in a rollover collision on Saturday morning.

Shortly after 10 a.m. on Saturday, May 29th Patrol officers were called to the intersection of Devonshire and Fairview roads for a report that a vehicle collided with a hydro pole, rolled over, and caught fire. Officers arrived on scene and learned that two bystanders witnessed the collision and then extracted the injured driver from the vehicle, which came to rest upside down. A third bystander obtained a fire extinguisher from a nearby business and worked to extinguish the fire.

BC Emergency Health Services Paramedics attended and transported the driver to hospital with non-life-threatening injuries. An additional bystander, who was near the scene of the collision at the time of the incident, narrowly avoided being struck by the vehicle and was also transported to hospital with non-life-threatening injuries.

Photographs from the scene are available below. 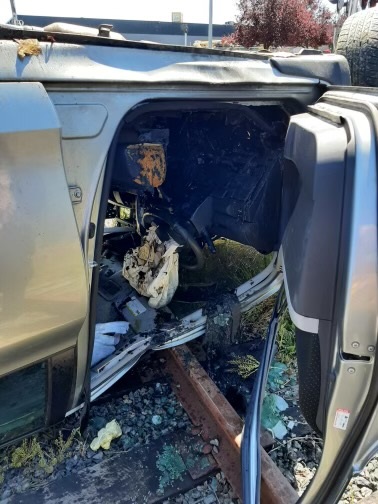 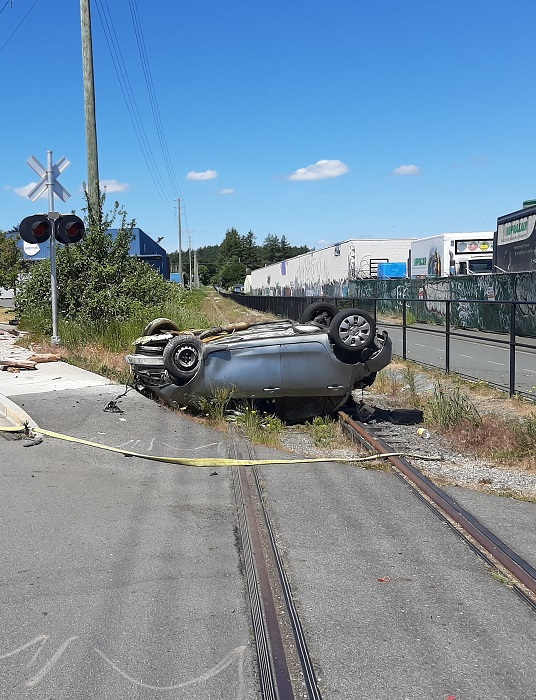 The cause of the collision is believed to be a medical incident involving the driver of the vehicle.

If you witnessed this incident or have information about this incident and have not yet spoken to officers you are asked to call the VicPD Report Desk at (250) 995-7654 extension 1. To report what you know anonymously, please call Greater Victoria Crime Stoppers at 1-800-222-8477.