Victoria, BC – Patrol officers are seeking additional information and witnesses after a man reportedly stole a stuffed animal from a memorial honouring the 215 children found in unmarked graves at the former Kamloops Residential School.

Shortly before 7 p.m. last night, a woman reported that a large stuffed animal was stolen from a memorial she had set outside her home in the 200-block of Russell Street in Vic West. The stuffed animal is a large green alligator. The item has significant sentimental value to the woman as it was set out in memory of the 215 children found in unmarked graves at the former Kamloops Residential School in the Tk’emlúps te Secwépemc community. A photograph of the animal is below. 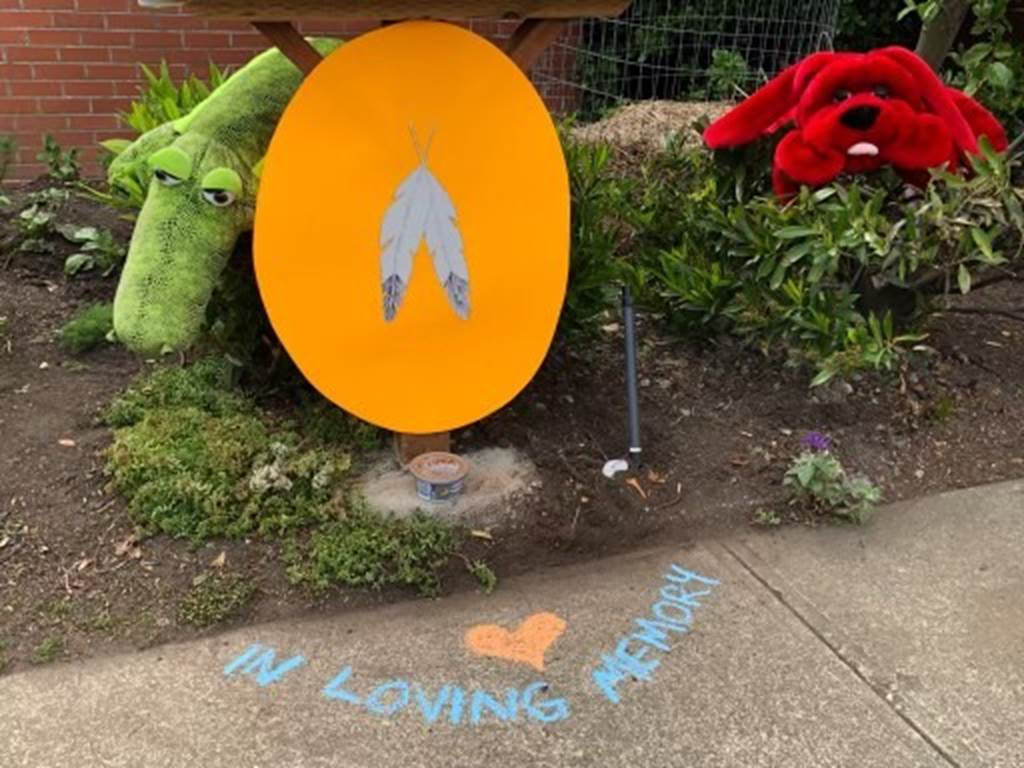 The suspect is described as a 20 to 30-year-old Caucasian man standing five feet, eight inches tall, with a heavy build. The suspect wore a grey vest, green camouflage shorts, and a backpack. Officers are looking to identify the suspect and return the stuffed animal. 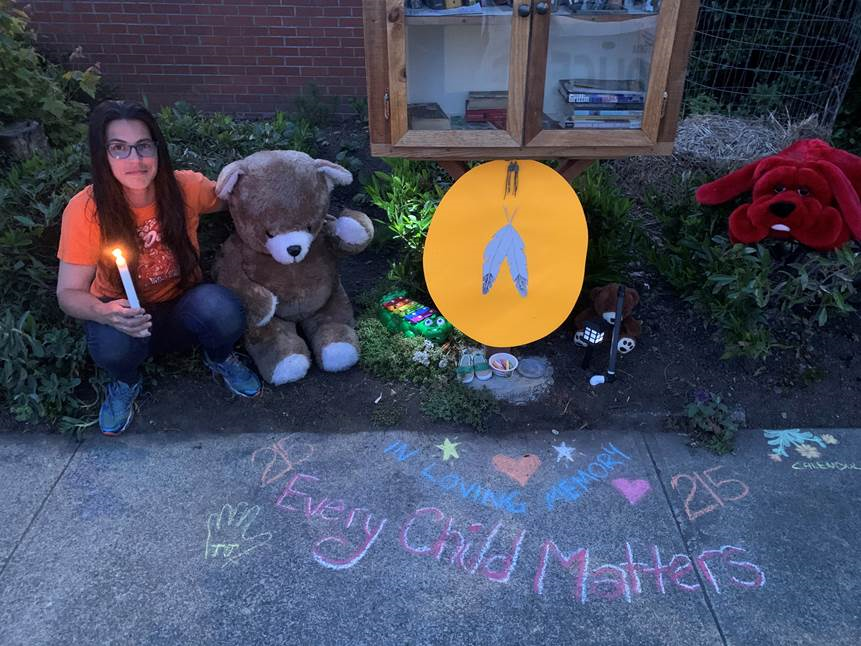 Vic West resident Heather Doyle, with the memorial she has created to honour Indigenous children lost to residential schools

If you witnessed or have information about this incident and have not yet spoken to officers you are asked to call the VicPD Report Desk at (250) 995-7654 extension 1. To report what you know anonymously, please call Greater Victoria Crime Stoppers at 1-800-222-8477.