In late May, CSD officers began an investigation into drug traffickers in Victoria with ties to crime groups on the lower mainland. On May 31st, CSD officers arrested two men at a hotel in the 3200-block of Maple Street in Saanich. With the assistance of Saanich Police, CSD officers subsequently executed a search warrant on the hotel suite associated to these men and located quantities of fentanyl, methamphetamine, and cocaine consistent with a drug trafficking operation. The men were also found to be in possession of over $3,000 in cash, believed to be proceeds of crime. In total, officers seized approximately one kilogram of controlled substances.

A photograph of the seized items is available below. 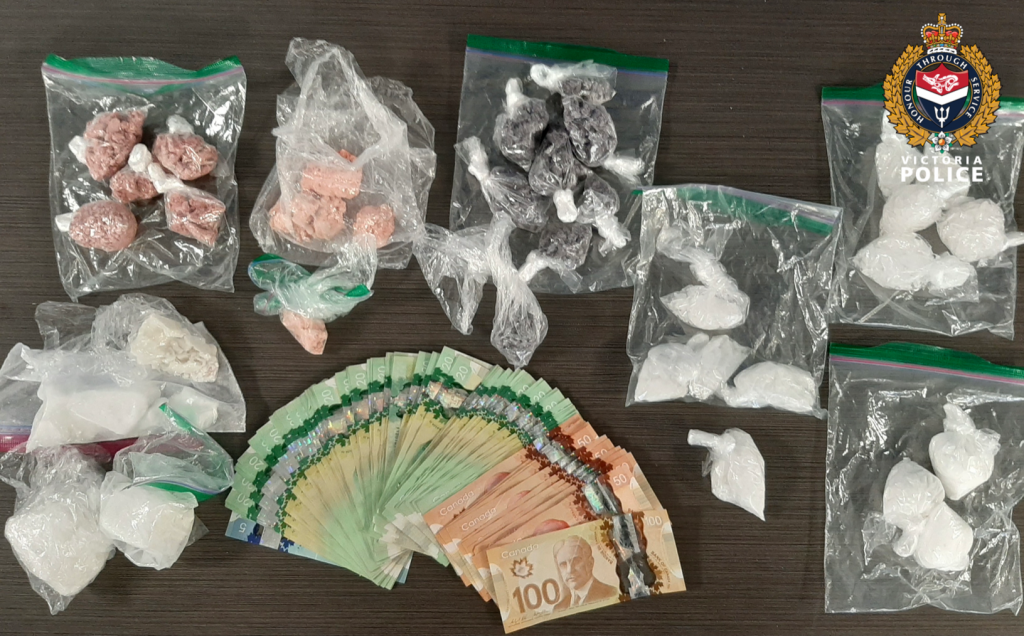