Help Us Locate This Unique Adult Tricycle, Stolen From A Local Business

Victoria, BC – Patrol officers are investigating and appealing for witnesses as we search for a unique tricycle stolen from a local graphics company.

Yesterday, staff reported that the unique tricycle had been stolen from a location in the 2100-block of Store Street. The theft was captured on surveillance video and the company shared images of the trike on their social media accounts.

The tricycle is described as a black Workman tricycle. It has a black box on the back and at the time of the theft had multiple stickers reading “Metropol” on it. This tricycle is often seen in downtown Victoria as store staff use it for putting up posters.

Photographs of the tricycle are below. 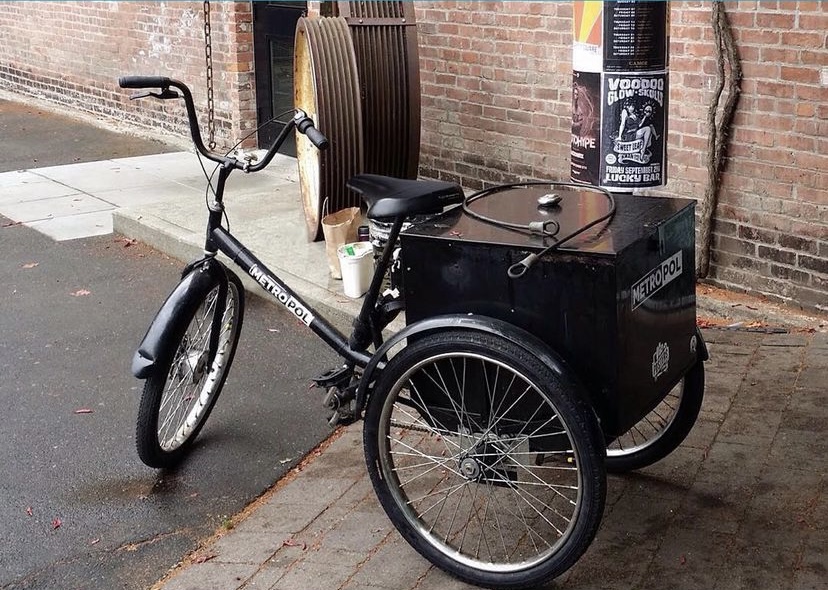 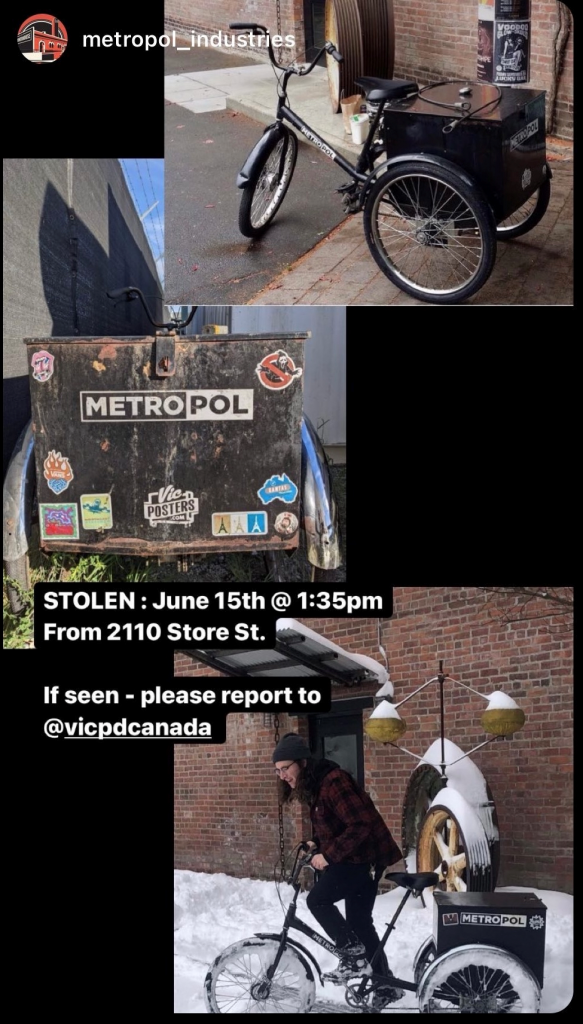 Have you seen this stolen tricycle? Note, the person pictured riding in the snow is not a suspect.

If you have information about this incident, or know where this tricycle is, please call our VicPD Report Desk at (250) 995-7654 extension 1. To report what you know anonymously, please call Greater Victoria Crime Stoppers at 1-800-222-8477.