Victoria, BC – Special duty VicPD officers, working a special duty with City of Victoria Bylaw officers, spotted a stolen Volkswagen Westfalia van this morning and arrested a vehicle theft suspect who was inside. The van, from Alberta, had been reported stolen yesterday, and was the subject of VicPD social media posts.

Just after 7 a.m. this morning, two VicPD officers working a special duty in support of City of Victoria Bylaw officers spotted a Volkswagen Westfalia van parked in the 900-block of Mason Street. Recognizing the van as being similar to the van which had been reported missing the previous day, the officers investigated. They discovered a broken window and that the van was sporting stolen plates. Officers then conducted a security search of the van and discovered a man inside.

Officers ordered the man out of the van and took him into custody. 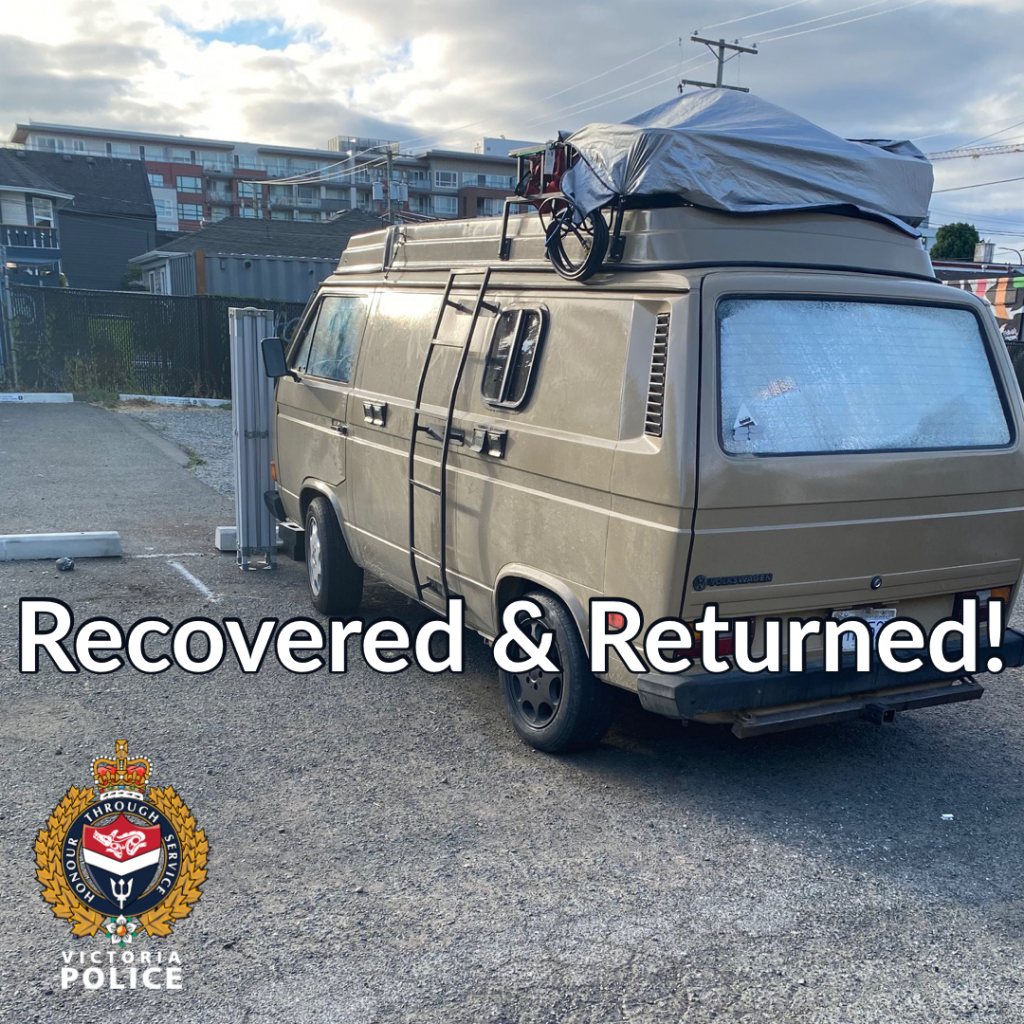 Despite minor alterations to the van made in an attempt to disguise it and the display of stolen B.C. plates, officers were able to confirm the van is the same one reported stolen the previous day.

Upon identifying the man, officers learned he was violating court-ordered conditions not to be inside a vehicle without the vehicle’s registered owner. This condition stems from a series of previous vehicle theft convictions.

The man was transported to cells and held for court.

The vehicle was also transported for forensic processing, after which it will be returned to the registered owner.

The man faces recommended charges for possession of stolen property and for violating court-ordered conditions.