Victoria, BC – Patrol officers, working with the Canadian Coast Guard, recovered a cherished canoe on Monday after it was stolen over the weekend.

On Saturday, August 14th, Patrol officers received a report of a stolen canoe spotted tied to a sailboat that was anchored in the Gorge Waterway. The owner of the canoe reported to the police that he had owned the canoe since the 1980s, had circumnavigated both Vancouver Island and Haida Gwaii in the vessel, and that it had immense sentimental value. Officers attended to the Gorge Waterway but the canoe was not located.

On Monday, August 16th, Patrol officers received information that the canoe had returned to the Gorge Waterway. Officers joined the Coast Guard on a patrol of the Gorge Waterway and located a suspect travelling in the stolen canoe. Officers advised the suspect that he was under arrest for possession of stolen property. However, the suspect paddled ashore and fled the area on foot. Officers recovered the stolen canoe and returned it to the owner. A photograph of the owner, reunited with the canoe, is below. 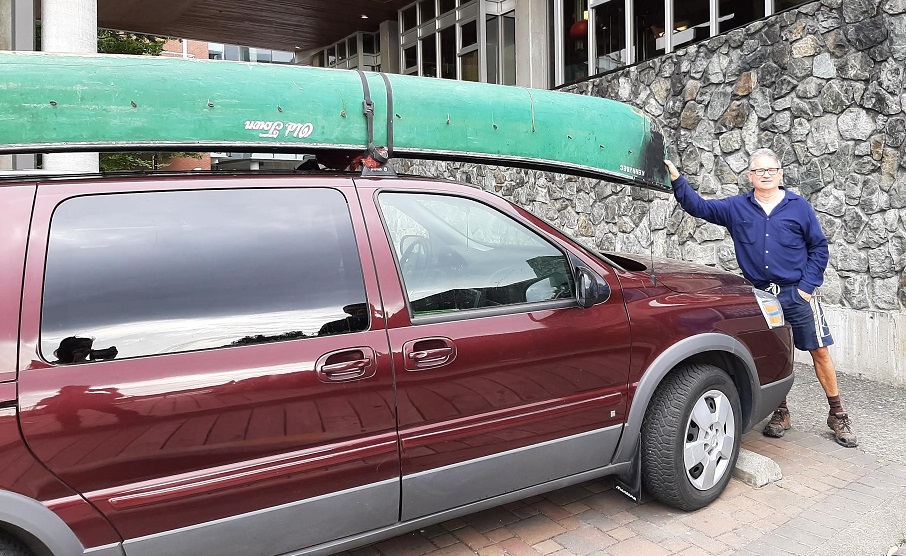 Officers have identified the suspect in this incident and will be seeking a warrant for his arrest.