Victoria, BC – VicPD Community Services Division (CSD) officers teamed up with our VicPDCanada Instagram account and Community Engagement Team to reunite a lost bird and owner.

Just before 9 p.m. last night, CSD “beat” officers were conducting foot patrols in the area of View and Governments streets when they were approached by a group of tourists. The group had located a bright yellow pet bird and handed it to officers to help locate its owner.

The bird, later identified as a yellow Lutino Indian Ringneck, was quite happy to perch upon CSD Sgt. Jeremy Preston’s shoulder while photographs were taken to help locate the owner. 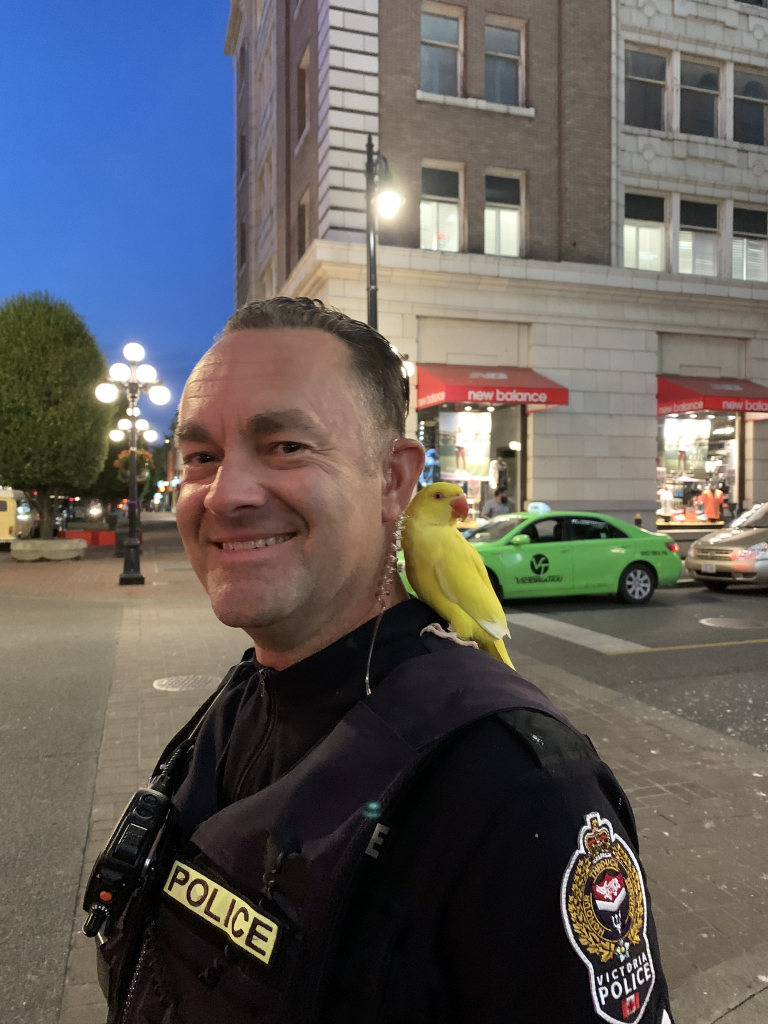 The photographs were posted on VicPD’s social media accounts, including our VicPDCanada Twitter, Victoria Facebook, Esquimalt Division Facebook and VicPDCanada Instagram accounts. A short time later, the bird’s owner spotted their pet on our Instagram and contacted the Report Desk to arrange a safe return.