Strike Force Arrests One And Seizes Cash, Drugs And Vehicle In Operation

At approximately 11:30 p.m. on Wednesday, September 1st, Strike Force officers, with the assistance of GVERT, stopped a vehicle in the 4700-block of Sooke Road and arrested the lone occupant. The man, who had connections to Lower Mainland organized crime groups, had been the subject of a Strike Force drug-trafficking investigation since late July. Officers searched the vehicle and seized quantities of drugs and cash consistent with a drug trafficking operation. The vehicle was subsequently seized for submission to the civil forfeiture program.

Strike Force and GVERT officers subsequently executed search warrants in Saanich at a multi-unit residential building in the 900-block of Edge Place and a residence in the 4300-block of Torquay Drive. Strike Force officers seized additional quantities of drugs and cash consistent with a drug trafficking operation at these locations. Saanich Police Department officers assisted with the investigation at these Saanich locations.

In total, Strike Force officers seized nearly 350 grams of cocaine, over 260 grams of methamphetamine, nearly 100 grams of fentanyl and nearly $22,000 in cash, which is believed to be the proceeds of drug trafficking. The street value of these drugs is estimated to be more than $60,000. Strike Force officers also seized a 2005 BMW 330 which will be submitted for civil forfeiture.

Photographs of the seized items are included below. 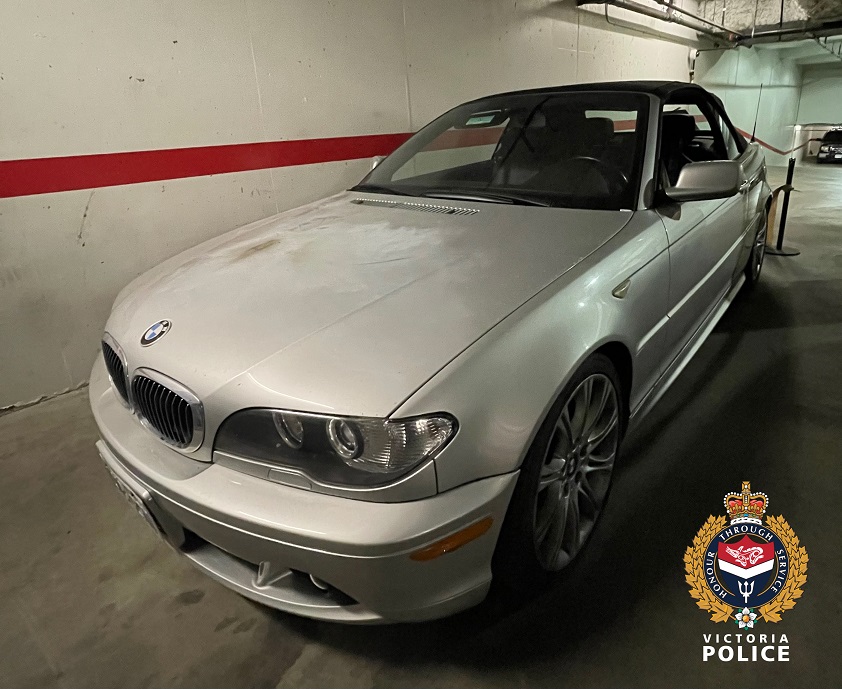 If you have information about this investigation, please call our non-emergency line at (250) 995-7654. To report what you know anonymously, please call Greater Victoria Crime Stoppers at 1-800-222-8477.