Victoria, BC – Detectives with VicPD’s Major Crime Unit are asking for a witness to come forward after a VicPD Patrol officer was violently attacked in Banfield Park last week.

Shortly before 11:30 p.m. on Thursday, September 2nd, a VicPD Patrol officer was speaking to a woman in the parking lot of Banfield Park whom the officer believed was in distress. At some point during or after that interaction the officer was violently attacked by an unknown suspect who has not been located. The officer was taken to hospital with non-life-threatening, but potentially life-altering injuries. He has since been released from hospital and is recovering.

Investigators are asking the unknown woman to come forward and speak with police, as she is believed to be an important witness to this incident. She is described as an approximately 50-year-old Caucasian woman with grey hair, who appeared distraught. She spoke with a VicPD officer shortly before 11:30 p.m. in a parking lot near Banfield park, in the 500-block of Craigflower Road. 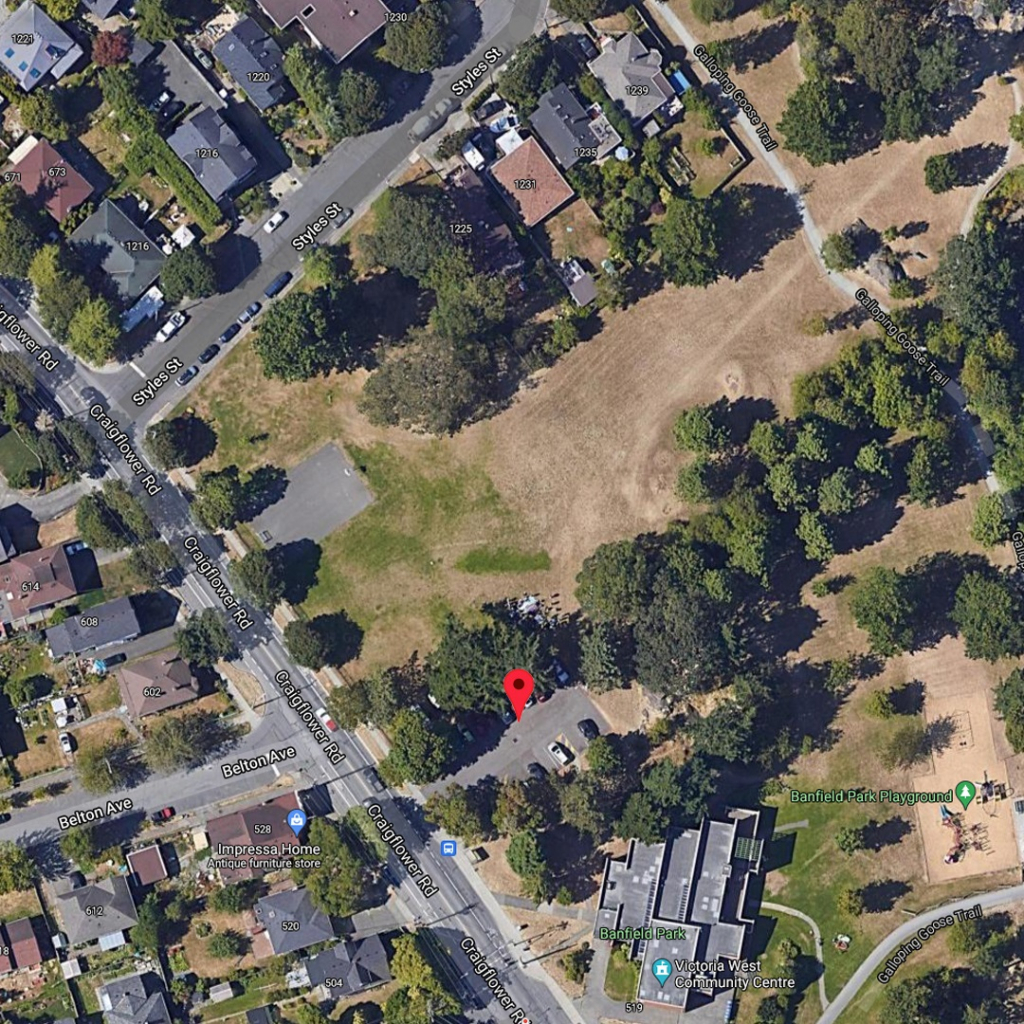 The parking lot off Banfield Park where the witness spoke with the VicPD officer prior to the attack.

This file remains under investigation, and detectives are continuing to gather information.