Victoria, BC – Officers are asking for your help as we work to located high-risk offender Jason Vincent.

Jason Vincent is described as a 39-year-old Caucasian man standing five feet, six inches tall with a heavy build, weighing 241 pounds. Jason Vincent has short-cropped blondish red hair that is often worn as a “faux-hawk”, blue eyes, and extensive tattoos on arms and neck, with a small tattoo under his right eye. A wanted poster of Jason Vincent is below. 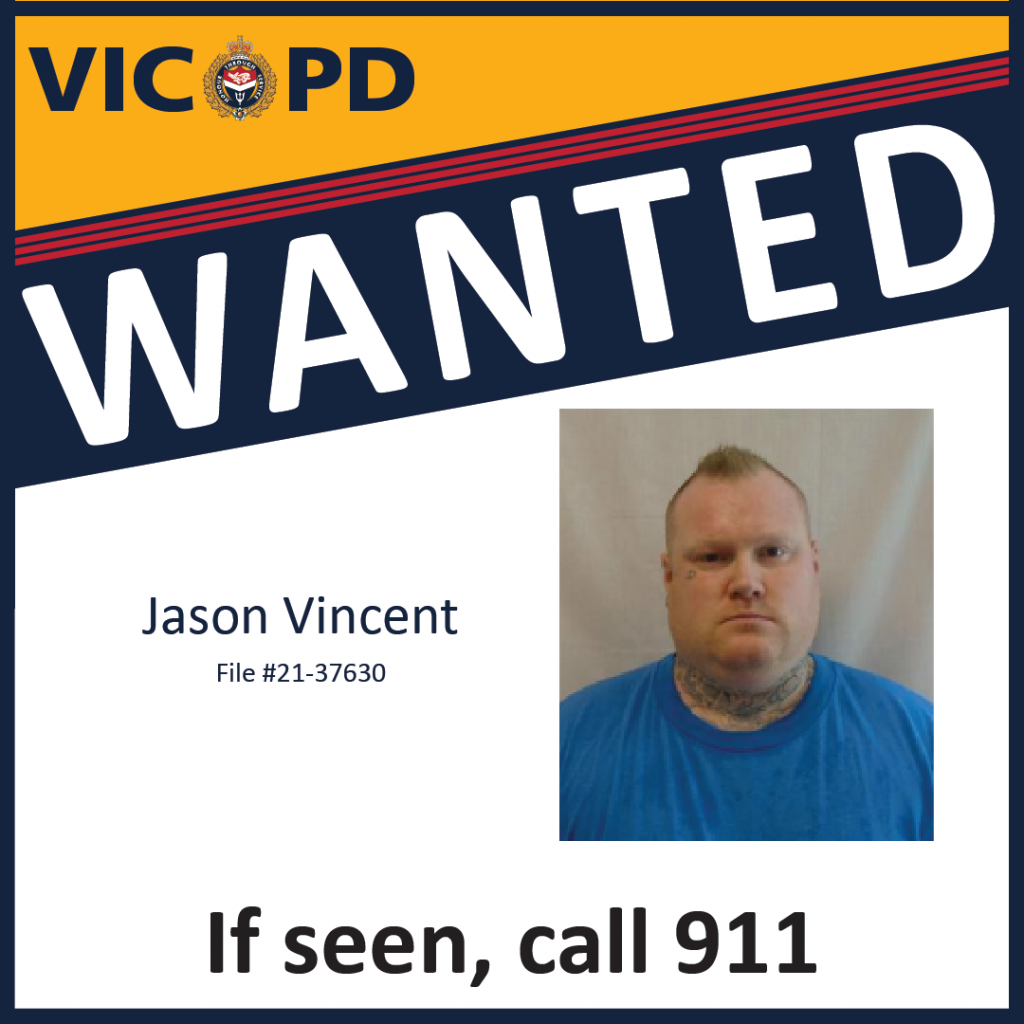 Jason Vincent’s statutory release with residency was suspended when he failed to return to his halfway house for curfew. Previously, when Vincent was unlawfully at-large, he was involved in an incident which resulted in a traffic collision in which he received life-threatening injuries and another person received life-altering injuries.

Jason Vincent’s previous convictions include those for dangerous operation of a motor vehicle causing bodily harm, fraud, possession of stolen property, identify thefts, and breaching court ordered conditions. These past convictions included files in which he targeted elderly and vulnerable victims. In 2018, he fled from police officers during an attempted vehicle stop and was later apprehended after a stand-off involving the Greater Victoria Emergency Response Team.