Victoria, BC –Jason Vincent, a high-risk offender whose statutory release with residency was suspended when he failed to return to his halfway house last week, is in custody after being spotted by a VicPD Patrol officer. 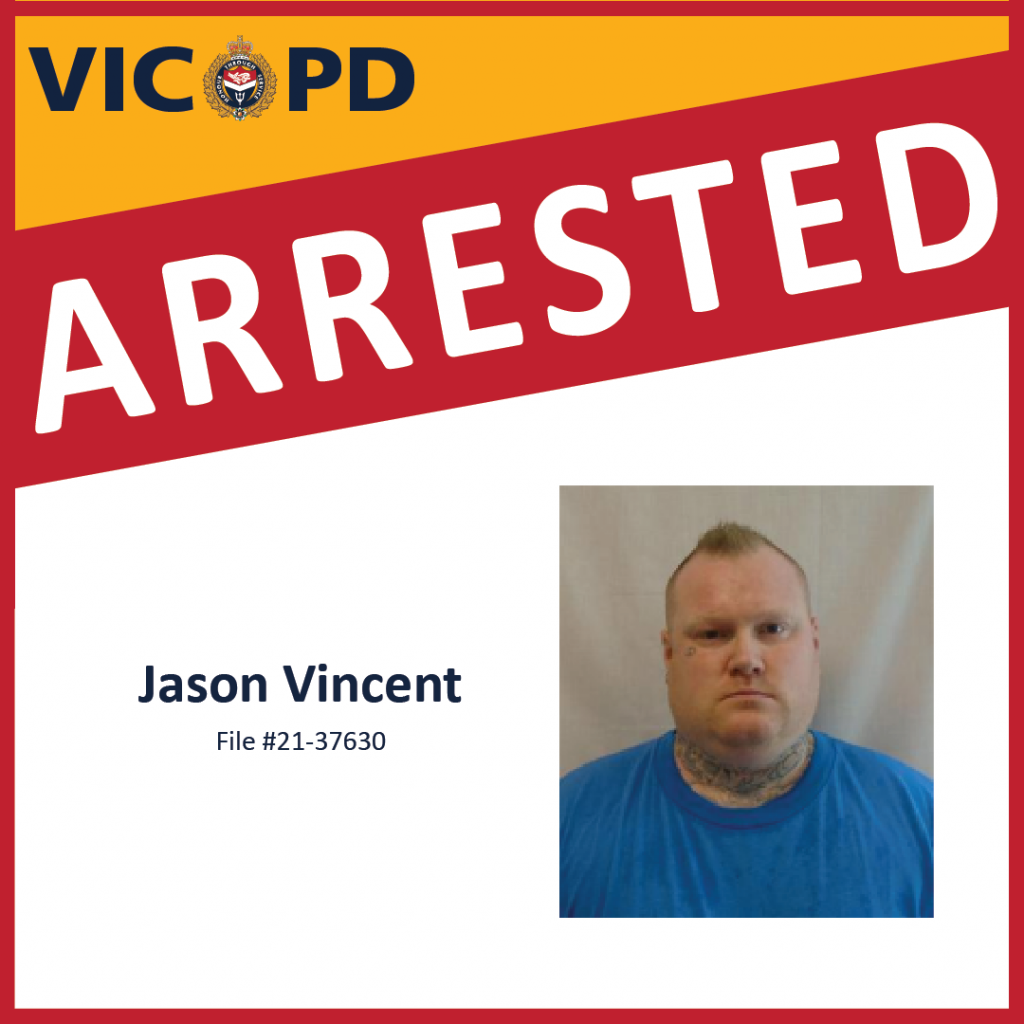 Just before 2 a.m. on September 17th, the Patrol officer was in the 700-block of Queens Street when they spotted a man matching Vincent’s description. Although he was wearing a mask and gave a false name, the officer was able to identify Vincent and called for additional units to attend.

Jason Vincent was taken into custody without incident and was held for transfer to a correctional facility.

Thank you for your assistance in sharing his information.