Victoria, BC – Johnathan Pocetti, who was sought by officers after a series of incidents across Greater Victoria, was taken into custody last night.

Just before 10 p.m. last night, GVERT officers conducted a high-risk vehicle arrest at the intersection of Bay and Blanshard Streets. During the arrest a distraction device was used, which made a loud “booming” sound. Jonathan Pocetti was taken into custody and transported to VicPD cells. 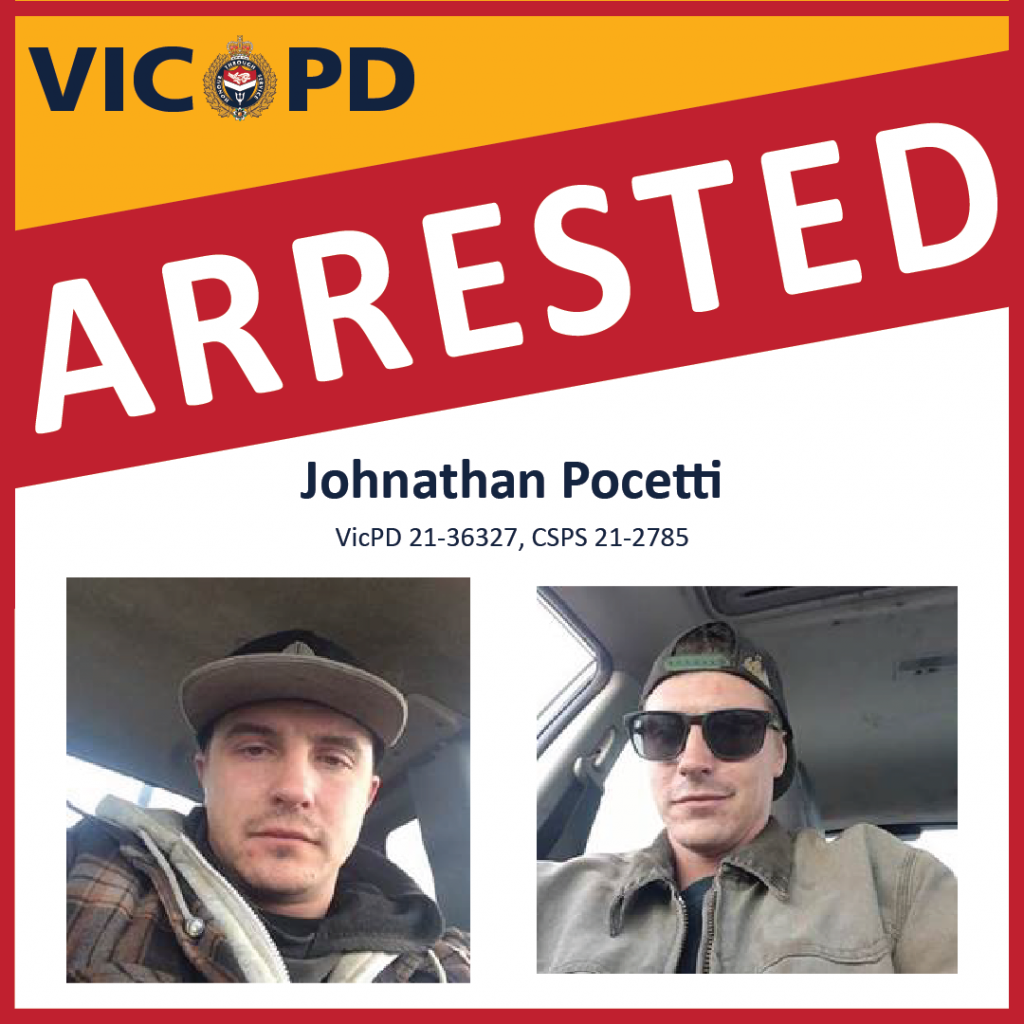 Johnathan Pocetti was wanted on warrants for assaulting a police officer with a weapon, flight from police, dangerous operation of vehicle and mischief to property over $5,000 after an August 31st incident. In that incident, Pocetti allegedly drove a truck onto the hood of a police vehicle when a Central Saanich Police Service officer attempted to stop him at a gas station in the 6700-block of West Saanich Road. He then fled the scene in the vehicle.

Johnathan Pocetti was also wanted after a September 5th incident in which he allegedly attempted to ram a woman and her two friends with his vehicle while they were on foot in Dallas Road and Linden Street area. This ramming attempts was followed by an attempt to assault one of the individuals with a weapon. He fled the scene in a vehicle.

“This arrest is a great example of collaboration with investigators from multiple agencies and the Greater Victoria Emergency Response Team to ensure public safety,” Central Saanich Police Chief Ian Lawson said. “We are grateful our officer was not physically injured on August 31st, and we are relieved the suspect was taken into custody without incident last night.”

“This man was allegedly involved in a series of dangerous incidents in which a police officer and members of the public narrowly avoided harm,” VicPD Chief Del Manak said. “I am proud of the work all of our officers did as we worked with regional partners to investigate the incidents and identify, locate and ultimately arrest the suspect.”

Johnathan Pocetti was held for court.