Victoria, BC – Patrol officers are asking for your assistance as we work to locate and arrest wanted man Benjamin Gatchell. 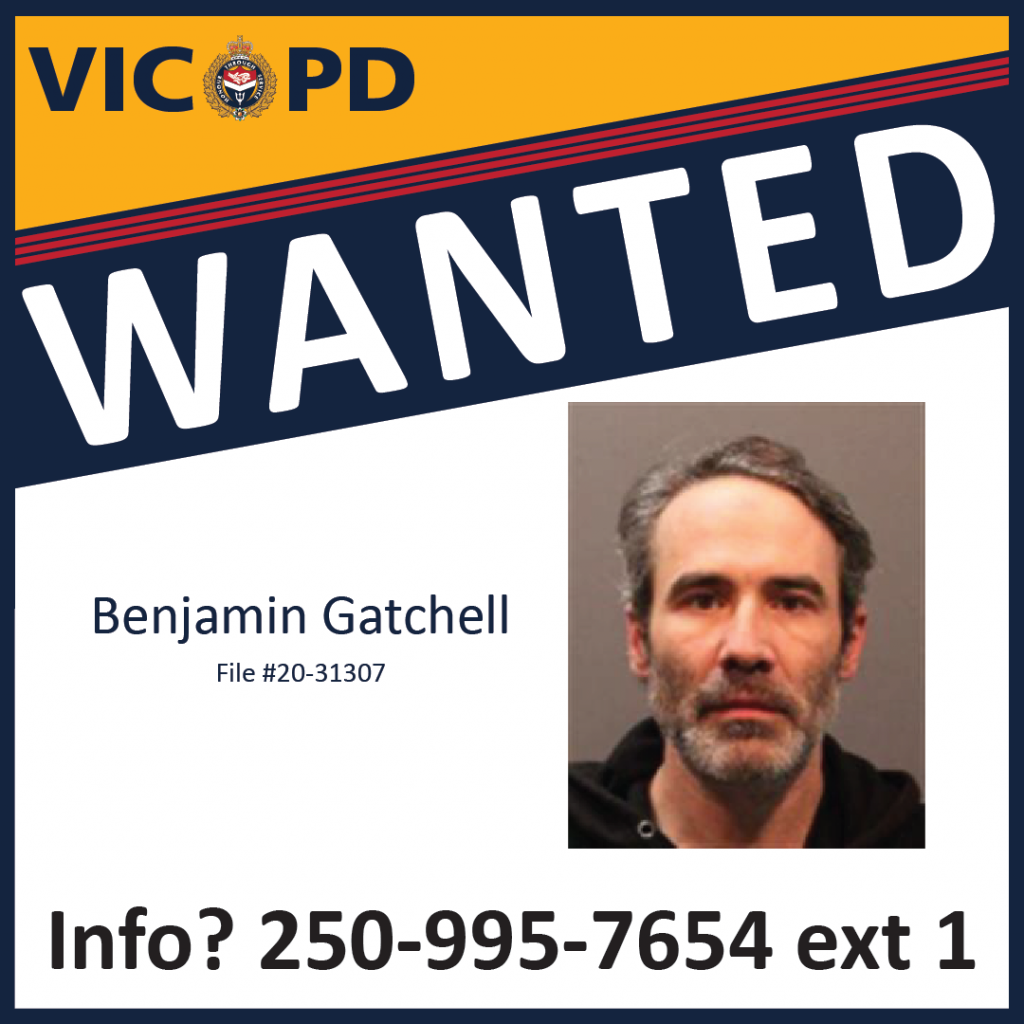 Benjamin Gatchell’s warrants are unendorsed. An unendorsed warrant requires that police hold the accused person in custody until they go before judicial process such as a bail hearing.