Driver, Witnesses Sought After Pedestrian Struck In Hit And Run

Victoria, BC – VicPD Traffic Collision Reconstruction Team investigators are asking for your help as they work to locate the driver of a vehicle involved in a hit and run crash that sent a young woman to hospital this morning.

The incident was captured on video which is shared below. The video is graphic in nature. Viewer discretion is advised. 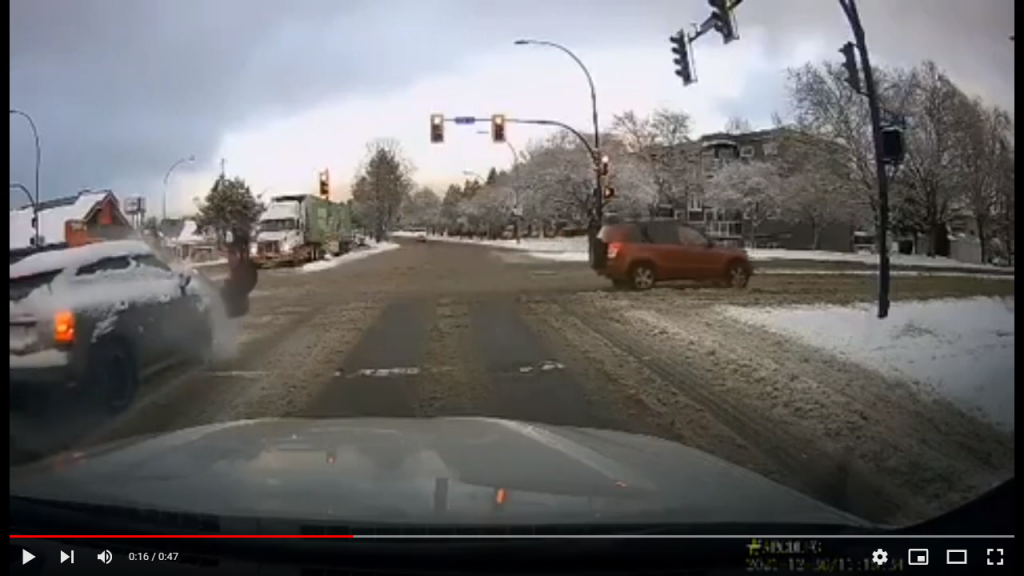 The vehicle involved is described as a late model, silver or grey MINI Countryman. This vehicle may have damage to the right front hood and bumper area.

Investigators are also hoping to speak with the driver of the Tesla Model Y that was making the left hand turn onto Blanshard Street as they may have additional video of the vehicle involved.

Several people on scene came to the young woman’s aid. She suffered non-life-threatening injuries and was transported to hospital by B.C. Emergency Health Services paramedics.

If you are the driver of the vehicle involved, have footage of the collision, or have information about the incident and have yet to speak with investigators, please call the VicPD Report Desk at (250) 995-7654, extension 1. To report what you know anonymously, please call Greater Victoria Crime Stoppers at 1-800-222-8477.