Victoria, BC – Patrol officers are asking for your help in identifying a man suspected of assaulting an employee at a downtown Victoria store.

Patrol officers were called to a mall in the 1100-block of Douglas Street on Saturday, February 5th, 2022 at approximately 5:50 p.m. for a report that a customer had assaulted a store employee. When officers arrived, they learned that a man had approached a store employee about a pair of broken headphones. When the employee asked for additional information the man suddenly attacked. The employee then retreated behind the counter. A second employee approached and attempted to verbally de-escalate the man. The man then attacked this second employee, threatening and then headbutting them. Despite being attacked, the second employee was able to keep the man away from other staff until the man fled the store. The second employee suffered non-life-threatening injuries.

The suspect is described as a Caucasian man, standing approximately five feet, ten inches tall with a heavy build and dark brown hair. At the time of the incident he was wearing a red jacket with black accents, an unbuttoned white collared shirt, a blue shirt with white buttons on the front, grey pants and brown shoes. An image of the suspect is below. 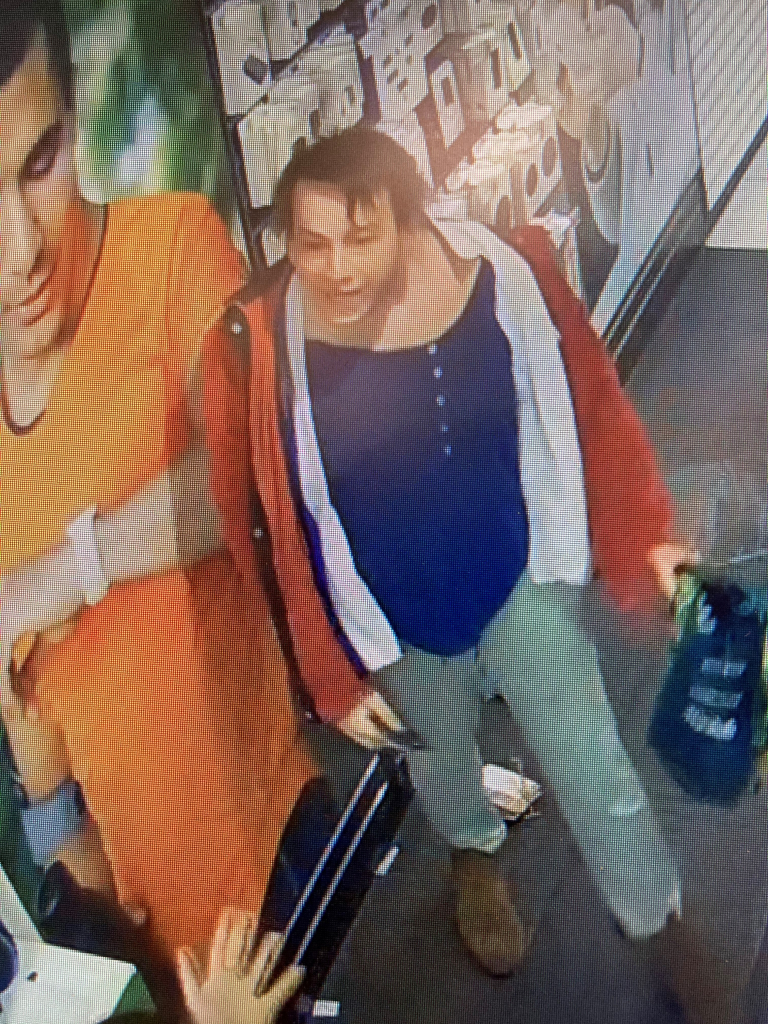