Shortly after 4 p.m. on Thursday, February 10th, VicPD’s Strike Force team, with the assistance of GVERT, arrested a man in the 900-block of Pandora Avenue for drug trafficking-related offences. The man was in possession of cash and quantities of fentanyl and prescription drugs consistent with drug trafficking.

VicPD’s Strike Force Team, in coordination with West Shore RCMP, subsequently executed a search warrant on the man’s residence in the 1000-block of Haslam Avenue in Langford. Officers seized approximately $20,000 in cash, as well as quantities of fentanyl, cocaine, methamphetamine and prescription drugs consistent with drug trafficking.

Photographs of the seized cash are below. 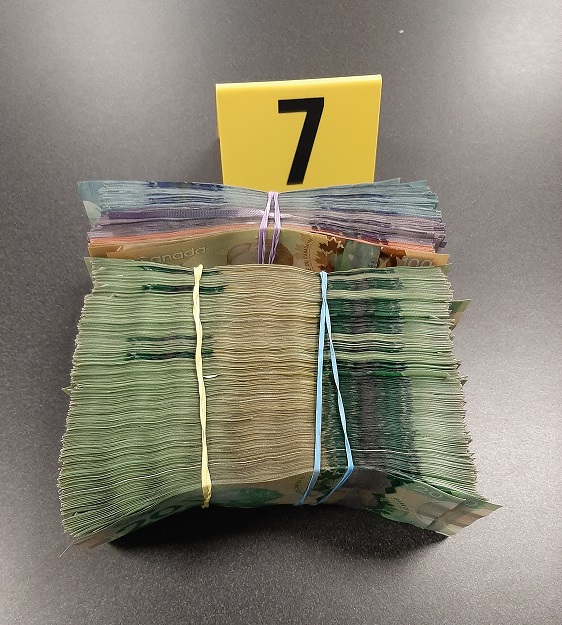 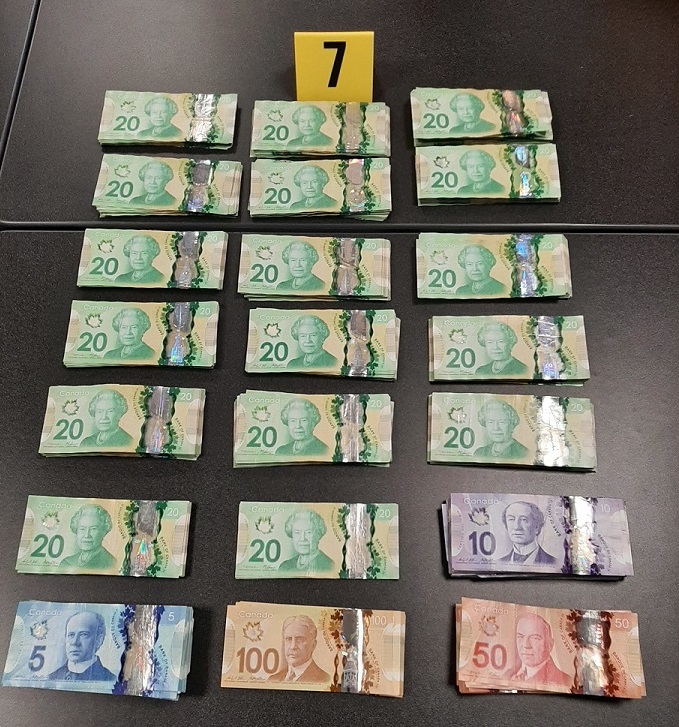 The suspect was later released pending further investigation. Investigators will be recommending drug trafficking charges against the man.