Victoria, BC – James Bay remains open to local vehicle traffic only with officers continuing to facilitate access to the area through access points into James Bay.

VicPD established a local vehicle traffic only area in James Bay on Saturday, March 19th 2022 in preparation for planned, upcoming protests. While vehicle traffic is limited in James Bay to local vehicles only for the time being, everyone is able to access the area on foot, by bicycle and by B.C. Transit. B.C. Transit operations continue as normal and there are a series of stops directly next to the BC Legislature. The James Bay local vehicle only access points remain in effect throughout the weekend.

The support of regional partners, including Saanich Police, the Central Saanich Police Service and Oak Bay Police has been essential in the continuing success of the James Bay local vehicle access only area. Officers with the Greater Victoria Public Safety Unit (PSU), VicPD Traffic, as well as officers from our municipal partners and volunteer VicPD Reserve Constables have all provided direct staffing at the James Bay access points. Officers and staff from a variety of sections have provided additional support. 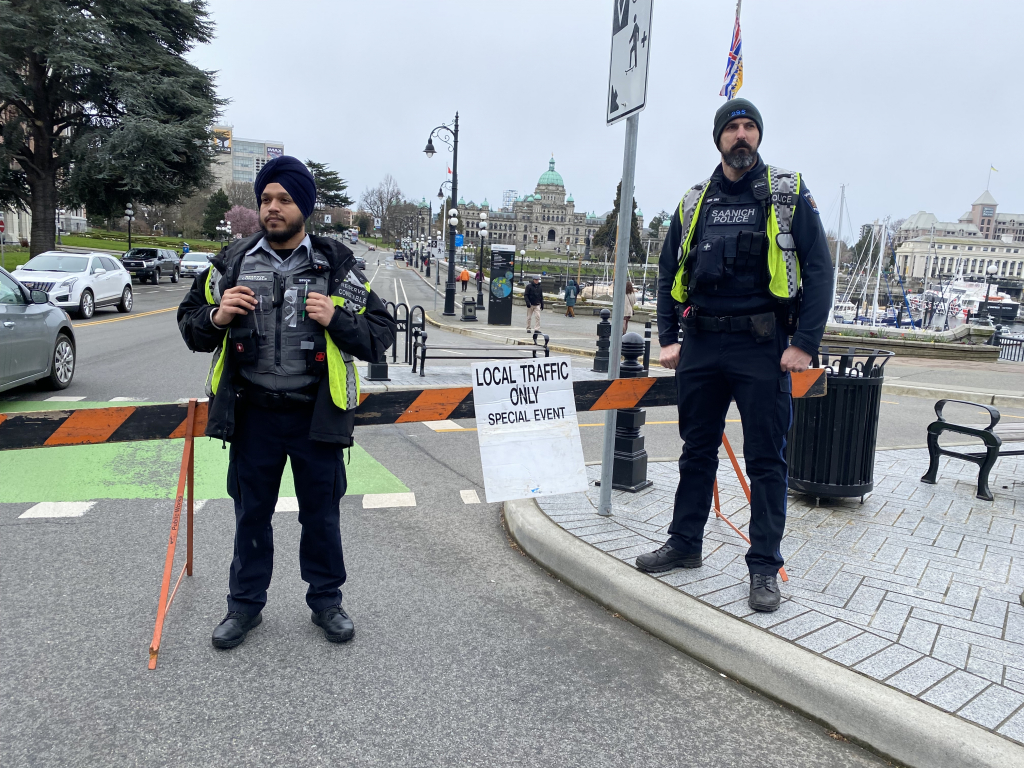 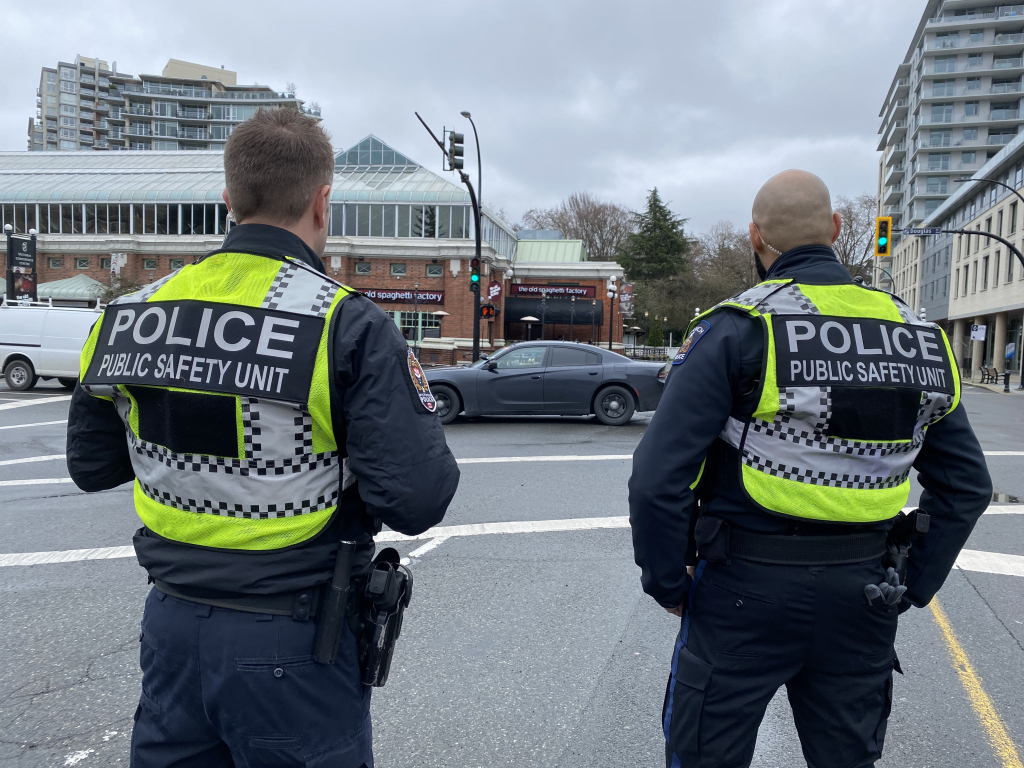 Two PSU officers, one with VicPD and one with Saanich PD, at an access point at Douglas and Belleville streets 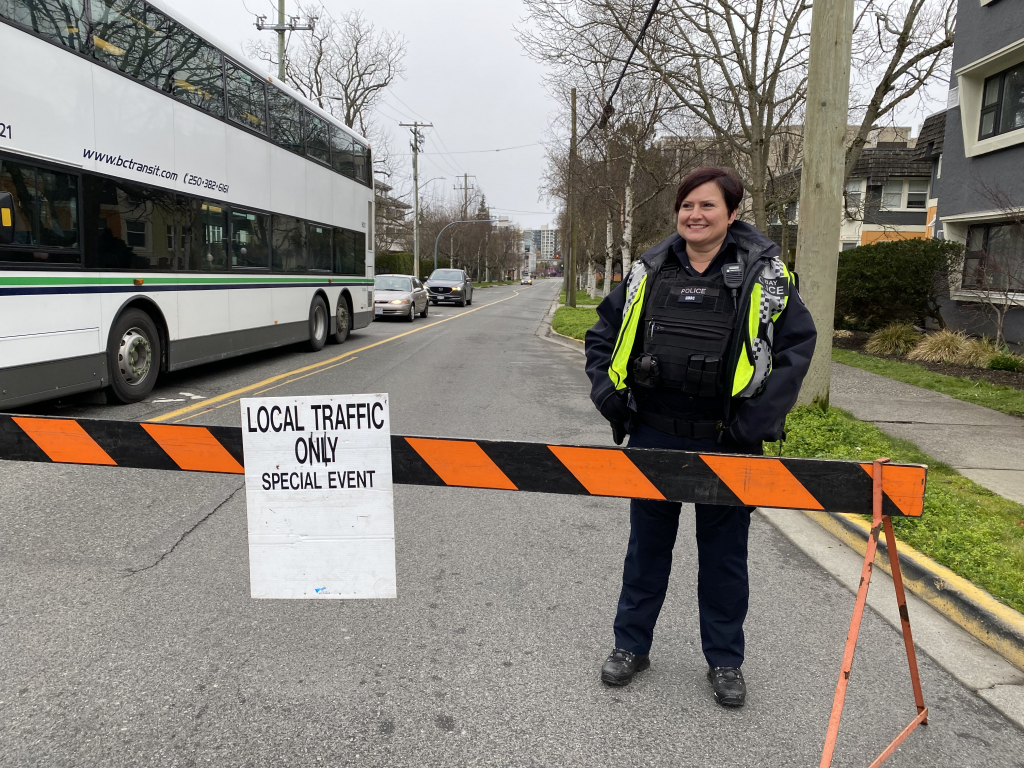 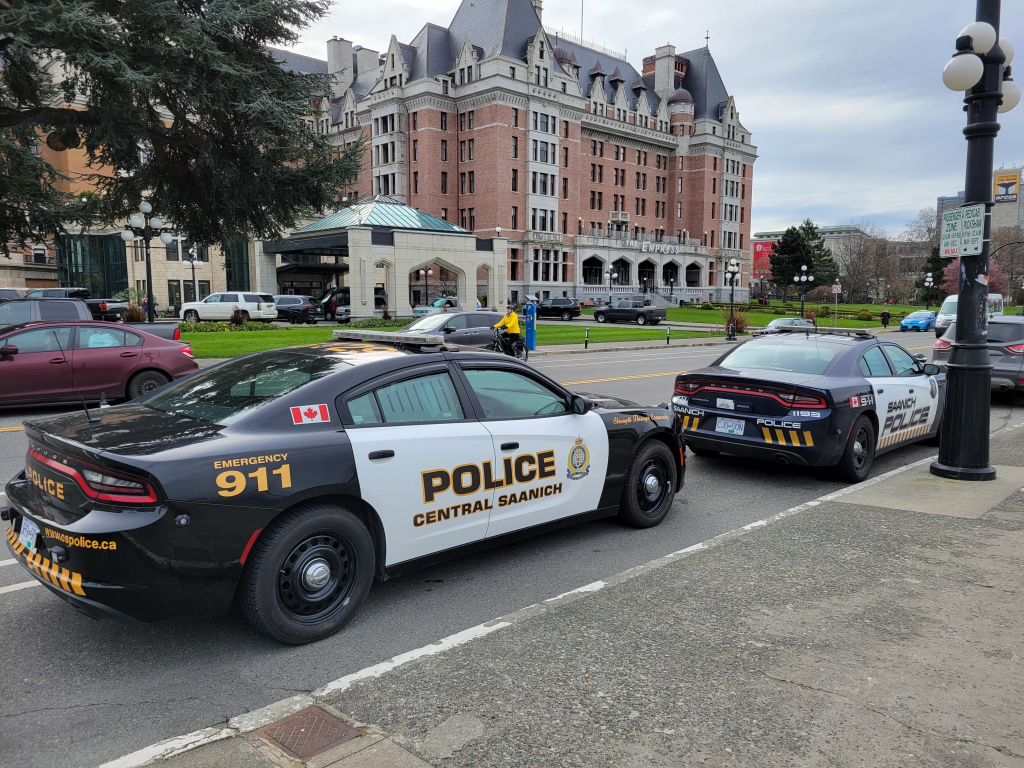 Before the establishment of the local vehicle access points, eight weeks of continuous disruptions involving vehicles, “slow-roll” blockades and the use of horns, including modified air, train and ship horns, have had a significant and unlawful impact on residents and businesses in James Bay and the B.C. Legislature area. Additionally, related protest events in other cities saw escalations, including confrontations between protest groups and confrontations with police. As a result VicPD was required to increase our response to ensure we are able to keep people safe and able to continue to facilitate a safe, peaceful and lawful protest environment.

Safe, peaceful and lawful protest are protected under the Charter of Rights and Freedoms. Occupation is not. Dangerous and/or unlawful activity will continue to be met with de-escalation and enforcement.

Controlled access and local traffic only areas will remain in effect as long as required to ensure public safety and to facilitate an environment for safe, peaceful and lawful protest.

In addition, our temporary, monitored CCTV cameras remain in the area of the B.C. Legislature. These cameras are deployed in keeping with B.C. and Federal privacy legislation. The cameras will be taken down once the protest events have concluded.

If you have concerns about these road closures or our CCTV camera deployment please email [email protected].