Do You Recognize These Arson Witnesses?

Victoria, BC – VicPD Major Crimes Unit (MCU) detectives are asking for your help as we work to identify and locate two men who are potential witnesses to an arson at an occupied family residence on Wednesday, April 20th, 2022.

Shortly after 1 a.m. on Wednesday, April 20th, VicPD officers responded to a fire at an occupied family residence in the 1100-block of Caledonia Avenue. One occupant suffered potentially life-threatening injuries as a result of the incident. VicPD officers provided first aid and that person was transported to hospital. Their injuries are now considered non-life-threatening.

Detectives with VicPD’s MCU are investigating the arson and need your assistance in identifying two men who may have information relevant to the investigation. Neither of these men are considered to be suspects in the arson at this time.

The first man is described as an approximately 50-year-old Caucasian man standing six feet tall, with a medium build. He has short dark brown hair, is clean shaven, and wore a brown jacket with black areas near the shoulders, overtop a black sweater. He also wore dark blue jeans and dark coloured lace-up shoes. This man was in the area of Cook Street and Caledonia Avenue just after 1 a.m. on April 20th. An image of this man, who is believed to be a potential witness, is below. 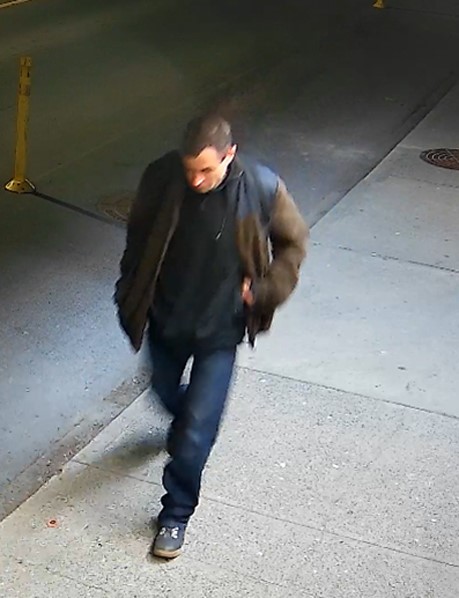 Man believed to be potential witness in arson

The second man is described as an approximately 25-year-old Caucasian or Middle-Eastern man standing six feet, two inches tall. He has medium-length dark brown hair, which is shorter on the sides and back and longer on top. This man has a short beard. He wore a dark blue hooded coat, olive-brown pants, dark shoes, and an army green backpack. He was also in the area of Cook Street and Caledonia Avenue just after 1 a.m. on April 20th. An image of this man, who is also believed to be a potential witness, is below. 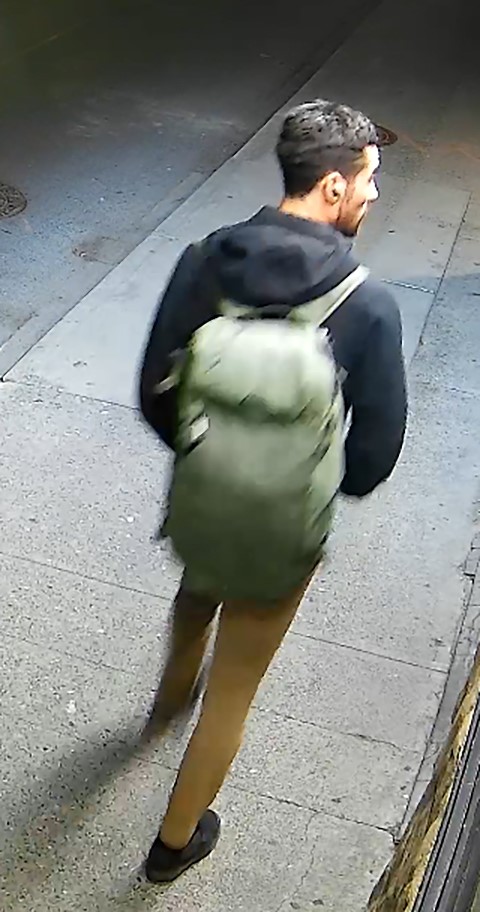 Second man believed to be potential witness in arson

Investigators have previously released video of a vehicle driven by a potential witness. The release of this information has resulted in several tips.