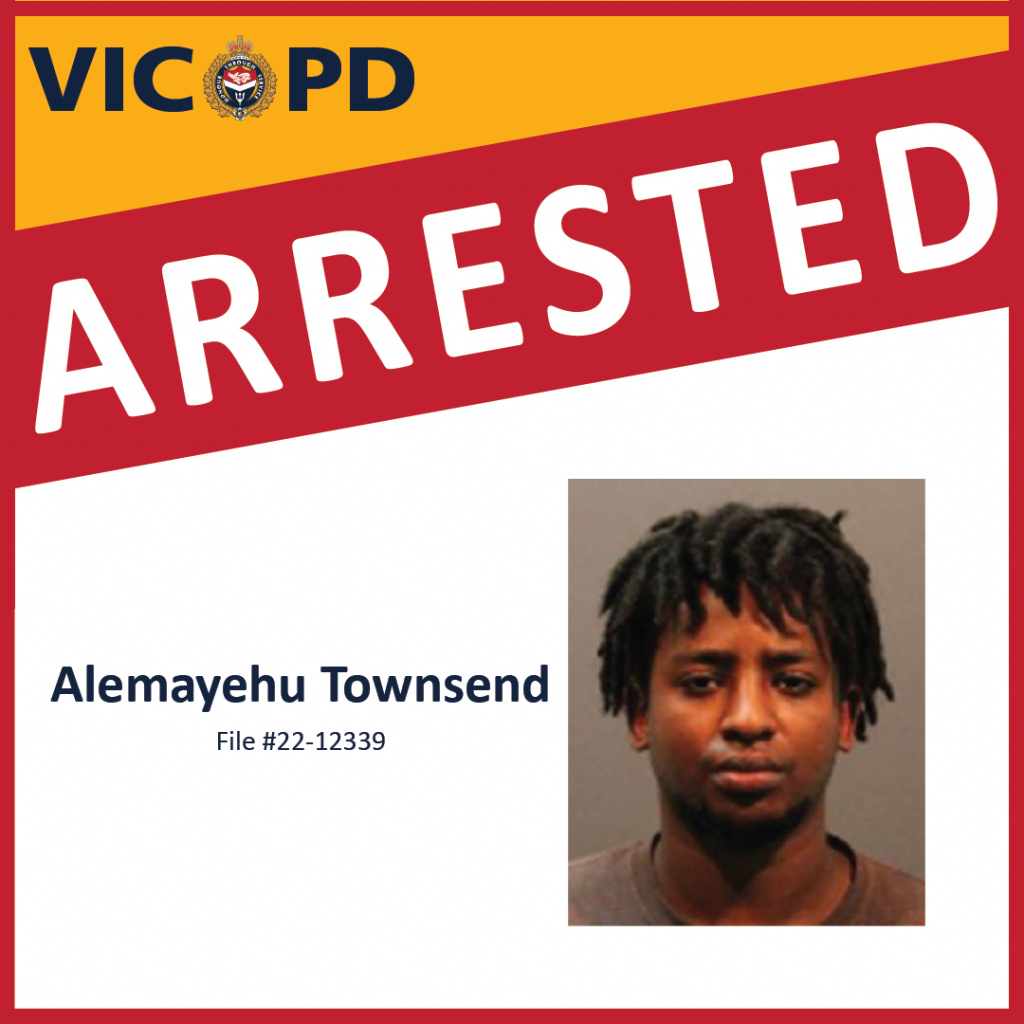 Alemayehu Townsend, who was the subject of a wanted person notification on April 8th,  as well as updates on April 13th and April 25th, was wanted on several outstanding warrants for recent offences in Victoria which include forcible confinement, extortion, assault causing bodily harm, and assault with a weapon.

Officers located Townsend as he was approaching an occupied vehicle. GVERT officers deployed both a noise device and an ARWEN less-lethal round in order to safely take him into custody. Townsend sustained a non-life-threatening injury to a lower limb and was briefly transported to hospital for medical evaluation, cleared and brought to VicPD cells.

Alemayehu Townsend has been remanded in custody pending a future court date.