Eight Arrests As VicPD Responds To Youth Violence and Vandalism

Victoria, BC – VicPD officers arrested eight youths for a variety offences ranging from vandalism to weapons possession over the weekend as we continue to respond to ongoing concerns about youth violence and vandalism in downtown Victoria.

On Thursday, VicPD issued a Community Update notifying the community that youths from surrounding municipalities have begun coming to downtown Victoria on Friday and Saturday nights to consume alcohol and drugs. Some nights have seen over 150 youth in groups of various size gathering in locations across downtown Victoria and the surrounding area. Officers have been responding to calls for violent offences including assaults with weapons, random swarming attacks on passersby, as well as numerous reports of mischief, vandalism and property damage.  Officers are also receiving reports of open consumption of alcohol and drugs by underage youth, and associated disturbances and medical incidents. There have been several incidents of people, including youth, being injured.

In response to the over two dozen calls for service related to youth violence and vandalism over a three-week period, officers and staff with VicPD’s Community Services Division, Patrol Division, and the Community Engagement Division deployed for a VicPD Live Tweet-a-long to ensure that both the community and young people were informed and were aware that officers would be attending gathering spots and conducting enforcement. 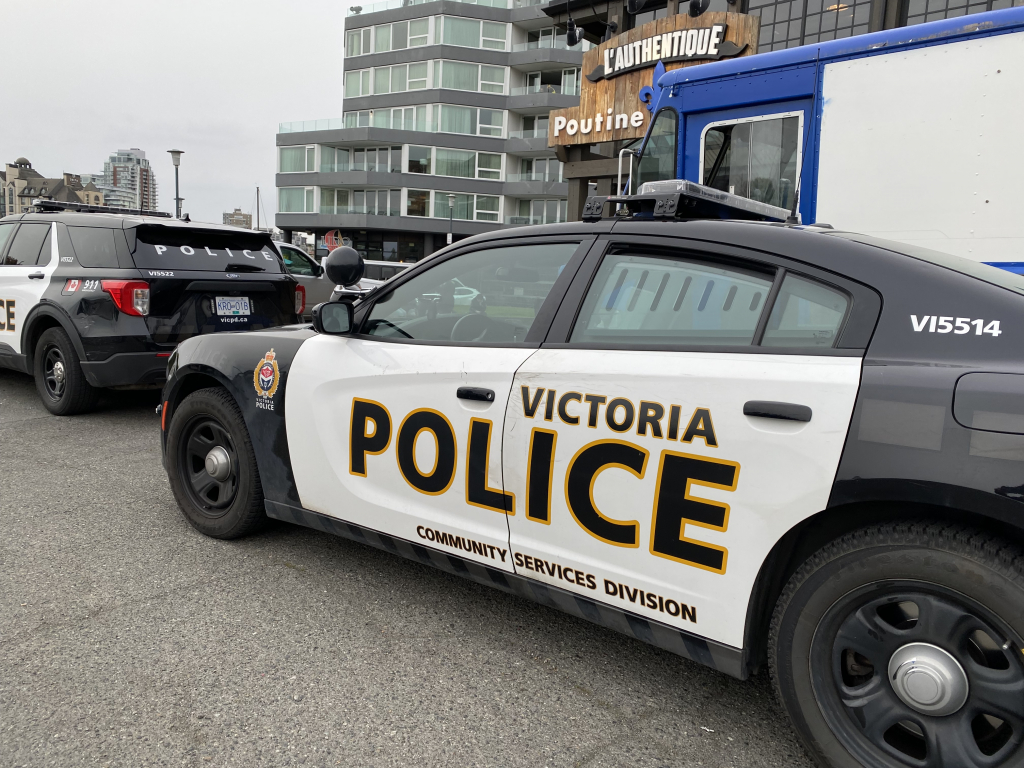 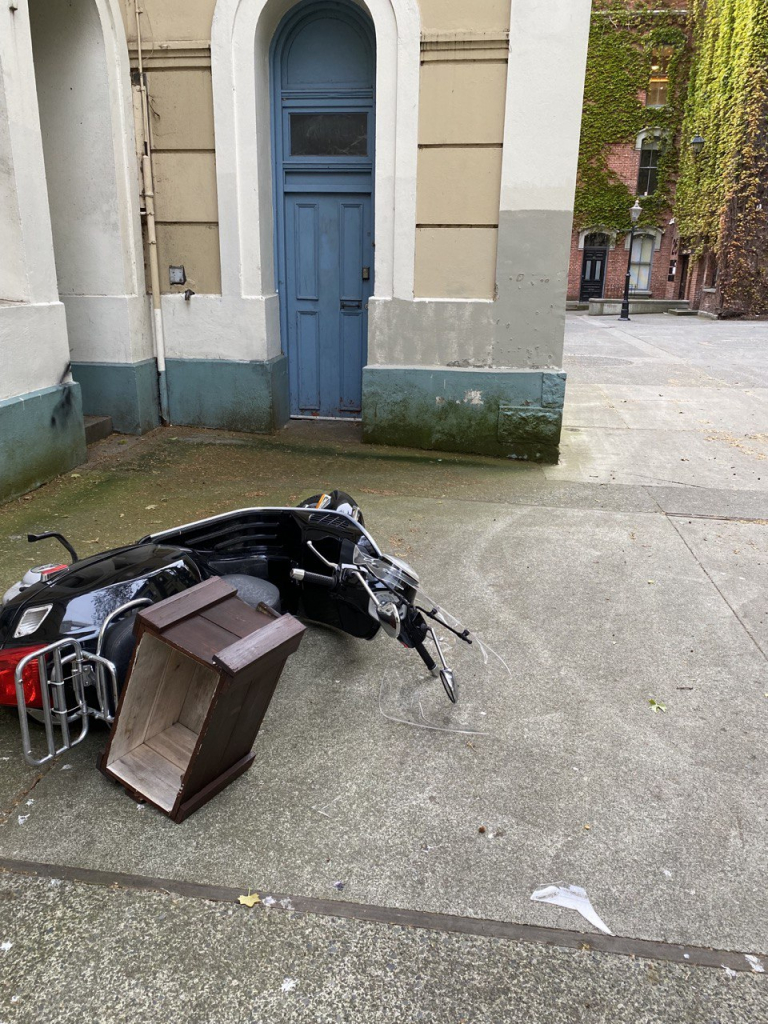 A scooter damaged in Bastion Square by a group of youths. Officers contacted the owner who faces several hundred dollars worth of repairs for a shattered windscreen and body damage. 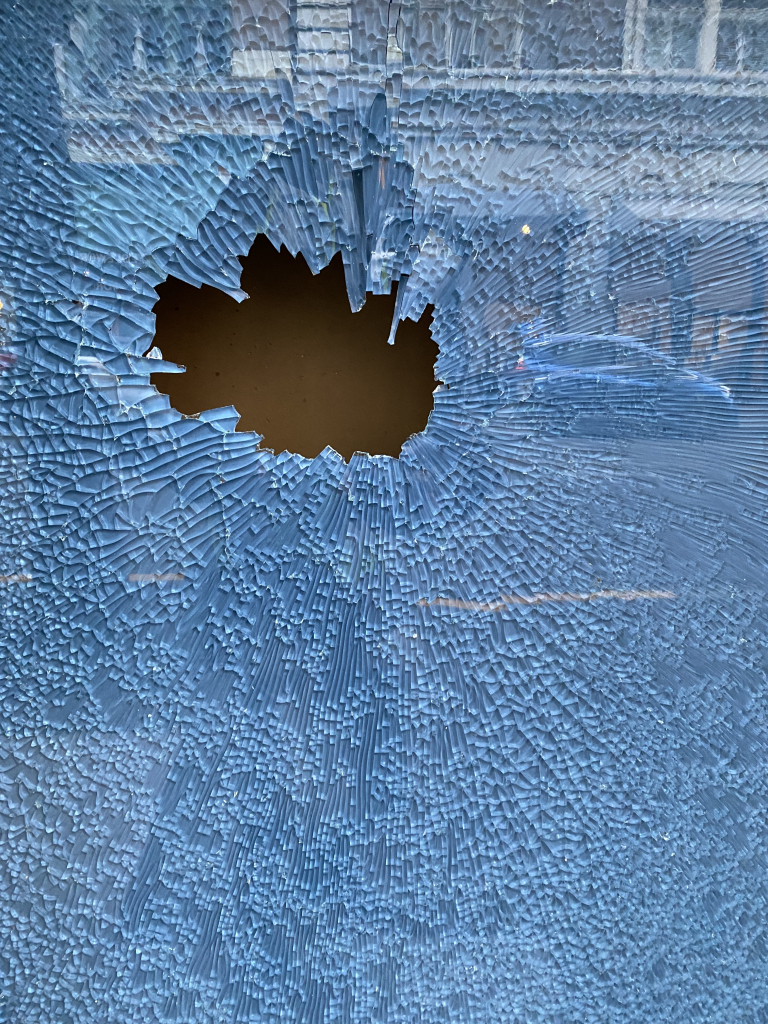 A window shattered by youths on View Street despite officers’ nearby presence. Two youths were arrested and face recommended mischief charges.

Three of the six youths arrested required medical treatment for alcohol and/or drug intoxication. Parents were required to attend VicPD cells to retrieve their teens, and informed of the teens’ release conditions. Officers also seized knives, drugs and alcohol. Some of the arrested youths were released with conditions not to attend downtown Victoria. 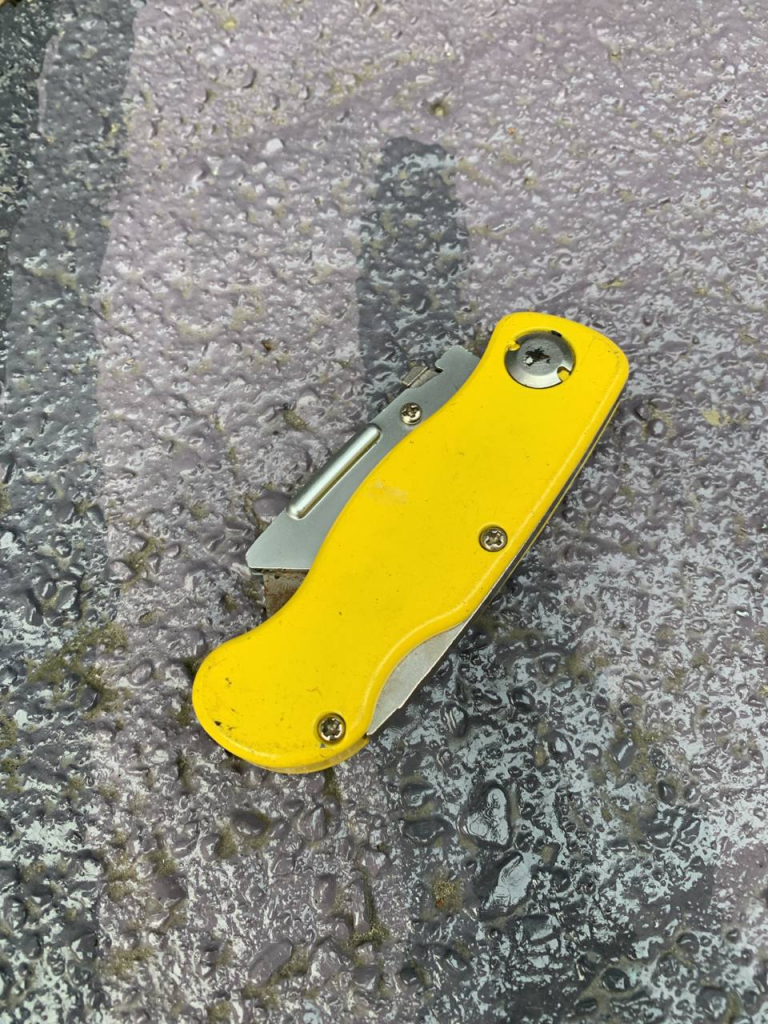 A box cutter seized from a youth Friday night. 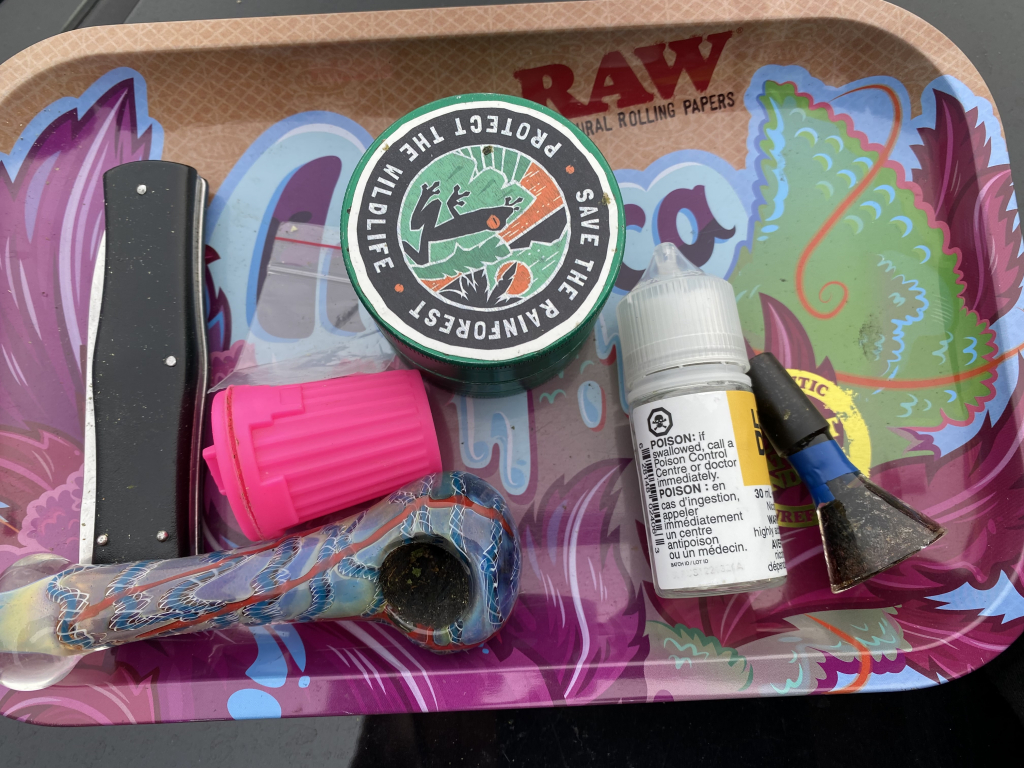 Cannabis and a knife seized by officers from a teen Friday night during an arrest for breaching conditions.

Saturday night saw two more arrests for vandalism after a business was targeted in the 1200-block of Douglas Street, as well as the seizure of alcohol.

There were no reported injuries during the Friday and Saturday night deployments.

“I’ve not seen in the past young people coming downtown, gathering in groups of sometimes up to fifty or more, consuming alcohol or drugs and then committing this level of violence and vandalism,” VicPD Community Services Division Cst. Mark Jenkins said. “It was back-to-back calls from the public during our Friday night deployment.”

VicPD continues to work with community partners including our regional policing partners, school districts from across the region, private schools, BC Transit, regional municipalities, news media, community groups, parents and families by sharing information, interdicting violence, seizing alcohol, drugs and weapons, and conducting enforcement as we work to help establish long-term solutions to these ongoing issues.

Officers will be back at key locations this weekend.

If you see a group assaulting someone or damaging property, please call 911. If you have any information about these incidents, please call the VicPD Report Desk at (250) 995-7654 ext1.