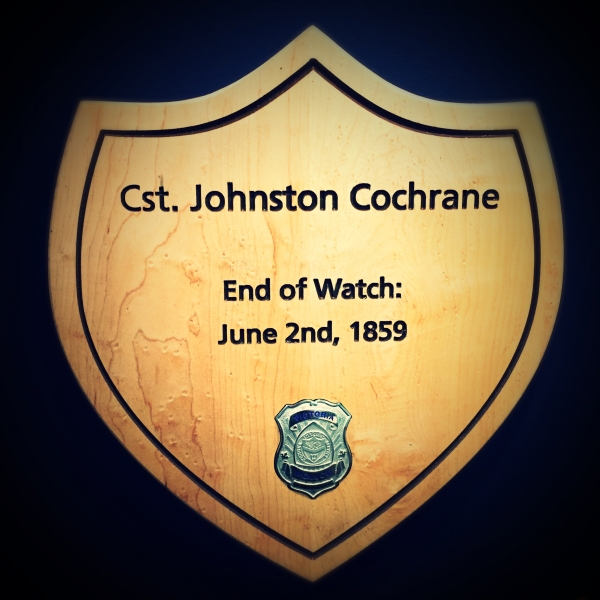 In early June of 1859, Cst. Cochrane was given a warrant to serve on a suspect for pig theft. At that time officers were normally unarmed, save for a wooden baton. Cst. Cochrane signed out a firearm as this file was considered a dangerous duty. He departed, on foot, and headed to the Craigflower Farm area. This was the last time he was seen alive.

When Cst. Cochrane failed to return, search parties were launched. His body was found near Craigflower Road. Cst. Cochrane had been shot twice and his service pistol was missing.

Despite an arrest two days later, no one was convicted of Cst. Cochrane’s murder. Cst. Johnston Cochrane came to Victoria with his wife and children from Ireland, through the United States. His widow received a small “public subscription”, as pensions were unknown at that time. Cst. Johnston Cochrane was buried at the Old Burying Grounds, which is now Pioneer Park. His gravesite is unmarked.