Victoria, BC – VicPD officers are seeking a suspect after a gas station robbery in Vic West this morning.

At approximately 5:30 a.m. this morning VicPD officers were called to a gas station in the 100-block of Esquimalt Road for a report of a robbery. Gas station staff reported that the suspect stated that he had a firearm and stole money from the store. The suspect then fled the area on foot. He did not produce a firearm during the incident.

Several VicPD officers attended the scene and circulated the area for the suspect. However, the suspect has not been located.

The suspect is described as an adult Caucasian man standing approximately five feet, nine inches tall. He wore a high-visibility vest over a black hooded sweater with “Victoria Spartans Football” written on the front in gold and white lettering. He also wore a dark baseball hat, blue jeans, and black and red running shoes. He was carrying a white plastic bag at the time of the incident.

A photograph of the suspect is below. 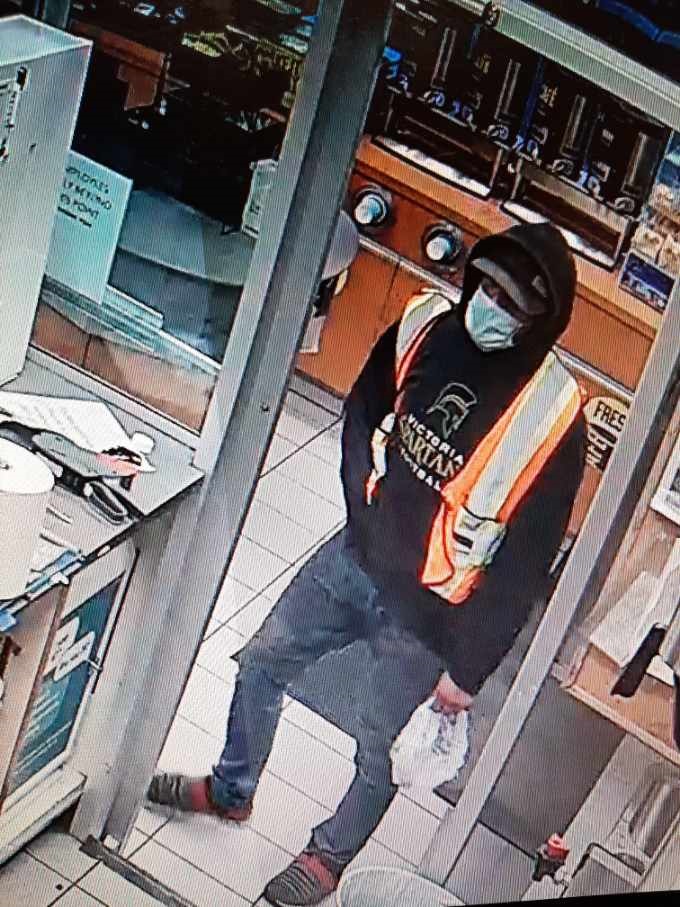 This incident remains under investigation.