Victoria, BC – VicPD officers are investigating two arsons in James Bay last night, one of which destroyed several vehicles parked outside an apartment complex last night.

Patrol officers were called to the 0-block of Menzies Street by Victoria Fire Department firefighters who reported they were extinguishing a blaze engulfing several vehicles just before midnight. Officers arrived and noted significant damage to the vehicles and the carport structure.

Victoria Fire Department firefighters reported to officers that they were already in the area at approximately 11:45 p.m. last night, responding to a small fire outside a building on the same street. This small fire had been deliberately set and had been extinguished by building residents. As the firefighters were preparing to leave the scene of this first fire, they were flagged down by a resident from the second building, approximately 100 meters away, who pointed them to larger fire in the carport area of their building. Firefighters were able to contain and extinguish this second fire before it spread further.

Six vehicles were damaged or destroyed, along with the carport structure. A photograph of the damage is below. No one was physically injured. 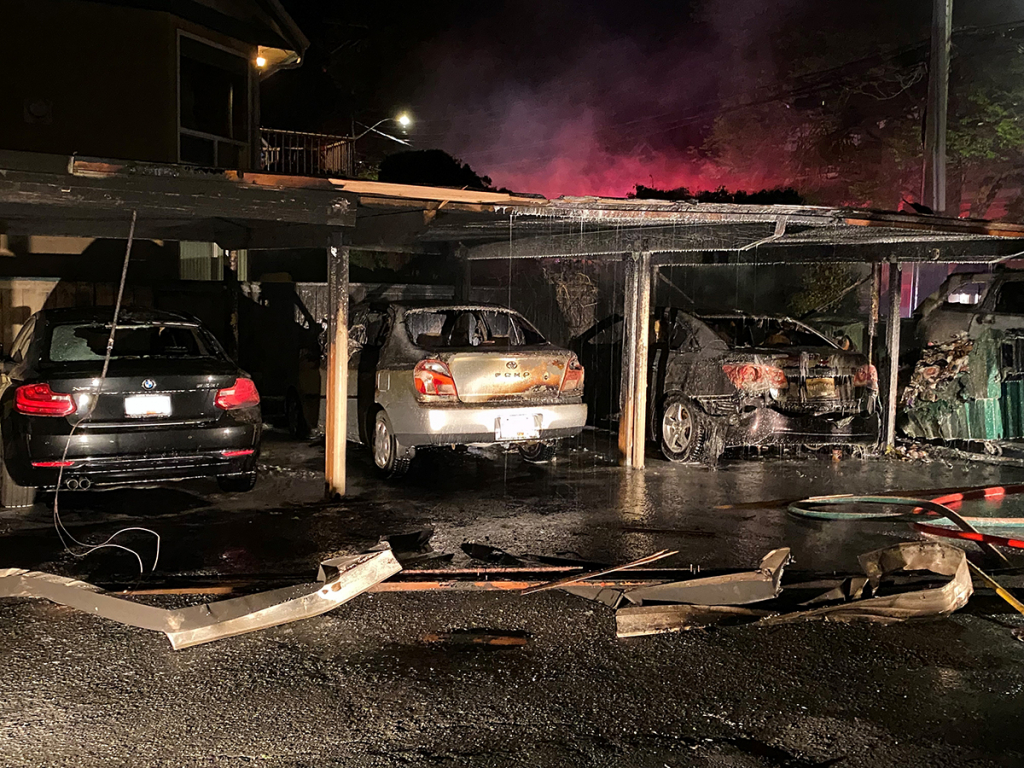 Vehicles and structure damaged in arson

Vehicles and structure damaged in arson

Both of these fires are arsons and remain under active investigation.