Victoria, BC – VicPD officers arrested a woman for impaired driving last night after responding to a report of a vehicle in a pond off Dallas Road.

Shortly after 9:30 p.m. last night Patrol officers were called to the pond off Dallas Road at Government Street for a report that a woman had driven a vehicle into the water at that location. Officers located the driver at the scene, who appeared intoxicated by alcohol. The woman attempted to flee from police but was arrested for impaired driving. No one was physically injured during this incident.

A photograph from the scene is below. 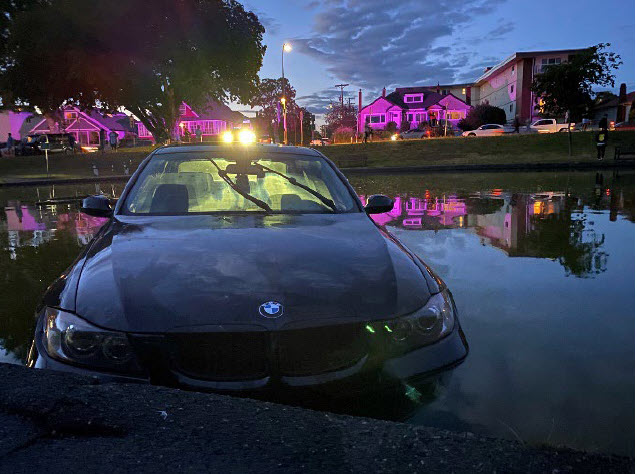 Officers transported the woman to VicPD cells to conduct an impaired driving investigation. The woman was held in custody until sober and then later released with a court date. She faces recommended charges related to impaired driving.

If you have information about this incident and have not yet spoken with officers, please call the VicPD Report Desk at (250) 995-7654, extension 1.