At approximately 9 p.m. on Sunday, July 12th, 1959, VicPD Cst. Earle Michael Doyle was riding his police motorcycle northbound in the 3100-block of Douglas Street when driver turned in front of him. He was thrown from his motorcycle and, despite wearing a motorcycle helmet that had been issued two weeks earlier, Cst. Doyle suffered life-threatening injuries. His new helmet appeared to have come unlatched during the collision.

Cst. Doyle succumbed to his injuries in hospital the next day, July 13th, 1959. He was 28 years-old and left behind his wife Grace and his young family of three children, Shannon, Kathleen and Kevin.

Grateful citizens of Victoria lined Quadra Street for his funeral procession a week later. The procession went past Quadra Street at Caledonia Avenue, which became the location of VicPD Headquarters 37 years later 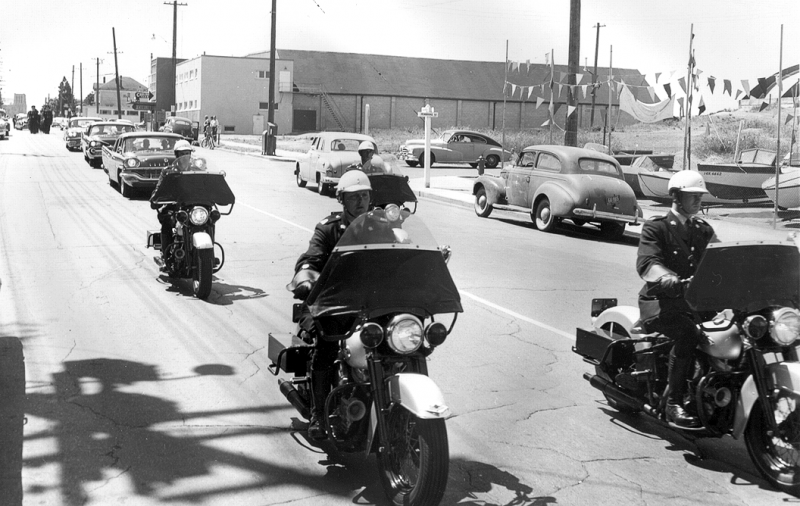