Victoria, BC – Brandon White, who was wanted on a Canada-wide warrant after failing to return to his community-based residential facility in Victoria, was arrested by VicPD officers this morning.

At approximately 7:30 a.m. this morning VicPD Patrol officers located Brandon White in a vehicle in a parking lot in the 2600-block of Fifth Street. Members of the Greater Victoria Emergency Response Team (GVERT), working with Patrol officers, advised Brandon White that he was under arrest. Brandon White did not follow police direction and officers deployed a loud distraction device and oleoresin capsicum spray to remove him from the vehicle and take him into custody. No one was injured during the arrest. 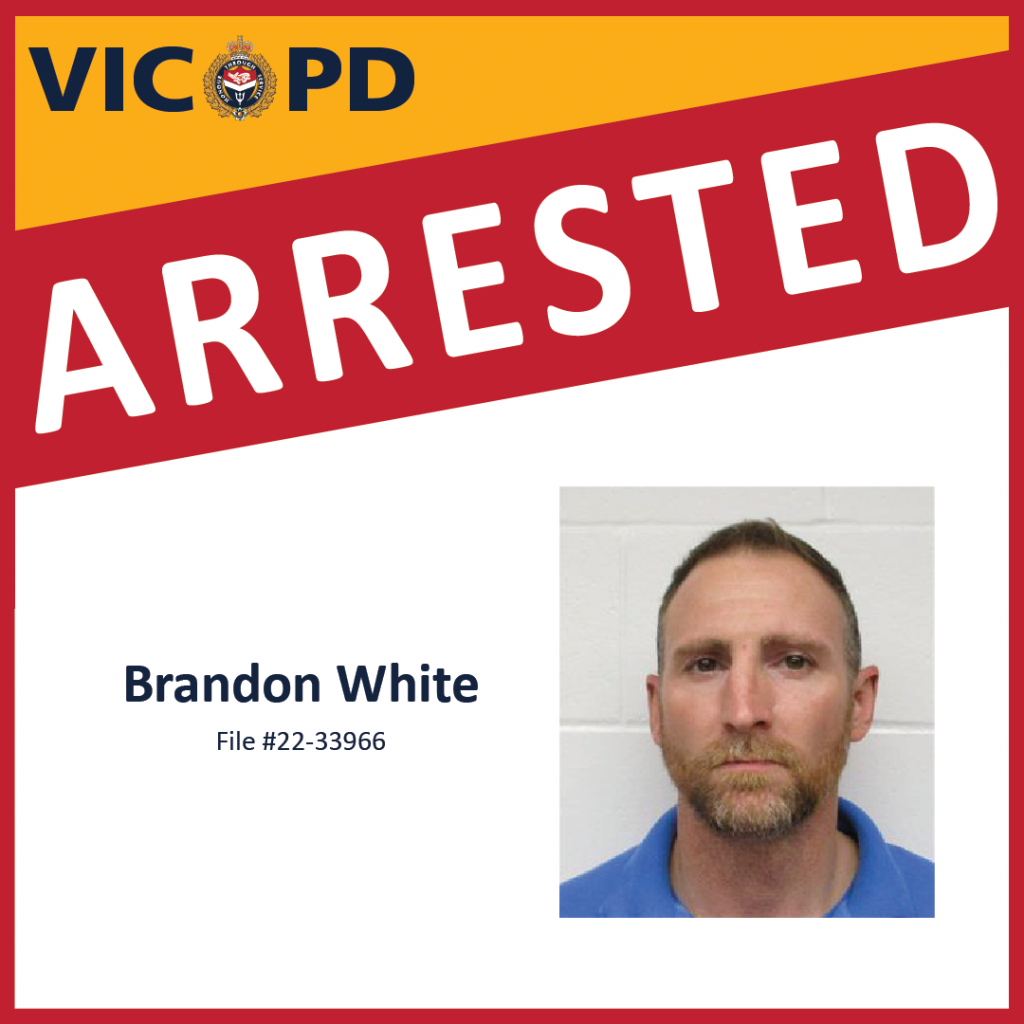 Officers transported Brandon White to VicPD cells. He will be returned to the custody of the Correctional Service of Canada where he is serving a more than three-year federal sentence for robbery, arson, break and enter, and disguise with intent.