Victoria, BC – Investigators are asking for witnesses and vehicle owners who discovered their vehicles damaged today to come forward as they continue an impaired driving investigation.

VicPD and BC Highway Patrol officers were called to the 500-block of Manchester Road for a report of a vehicle collision just after 1:30 p.m. today. The caller reported that the driver was showing signs of being impaired. BC Highway Patrol officers arrived and located the driver, who provided a breath sample of more than double the legal limit for blood alcohol while operating a motor vehicle. The driver was arrested for impaired driving.

VicPD officers also began to investigate the circumstances and discovered evidence of a collision in the parking garage of a multi-unit residential building at 535 Manchester Road. As officers continued their investigation witnesses came forward and reported that the same vehicle may have been involved in additional traffic incidents earlier today. The vehicle appears to show evidence of previous recent collisions which may have not yet been reported to police.

The vehicle is described as a black 2011 GMC Terrain. Photographs of the vehicle are below. 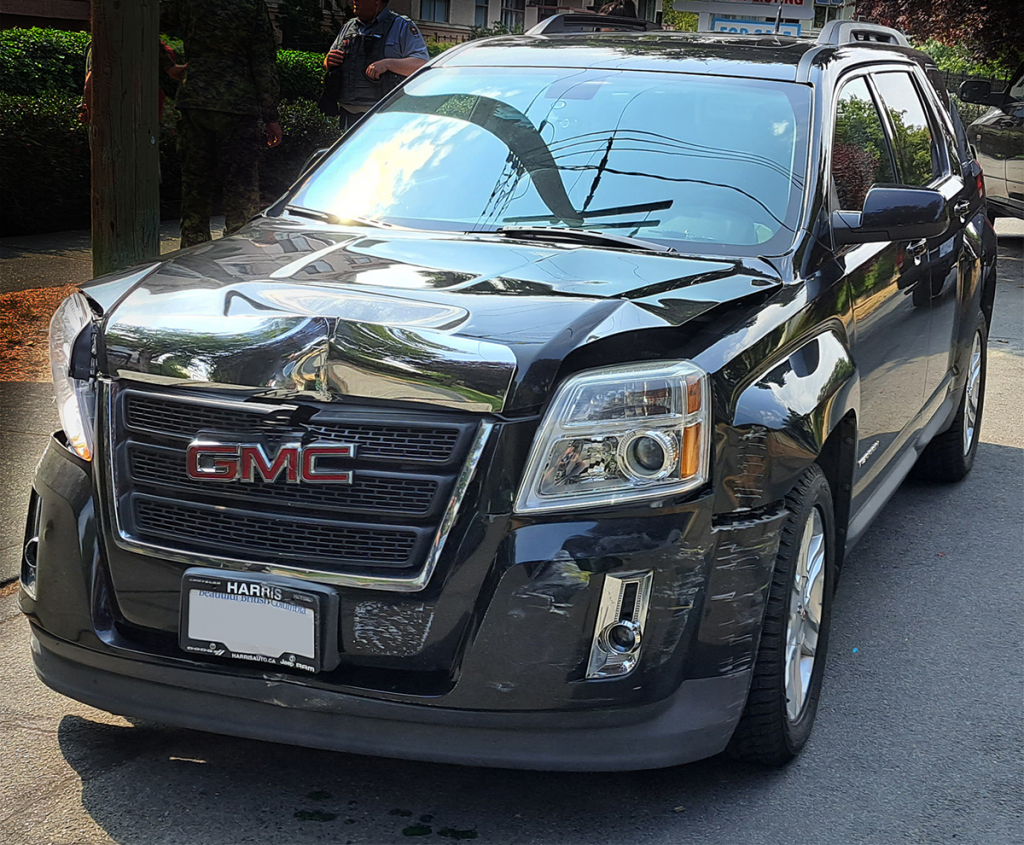 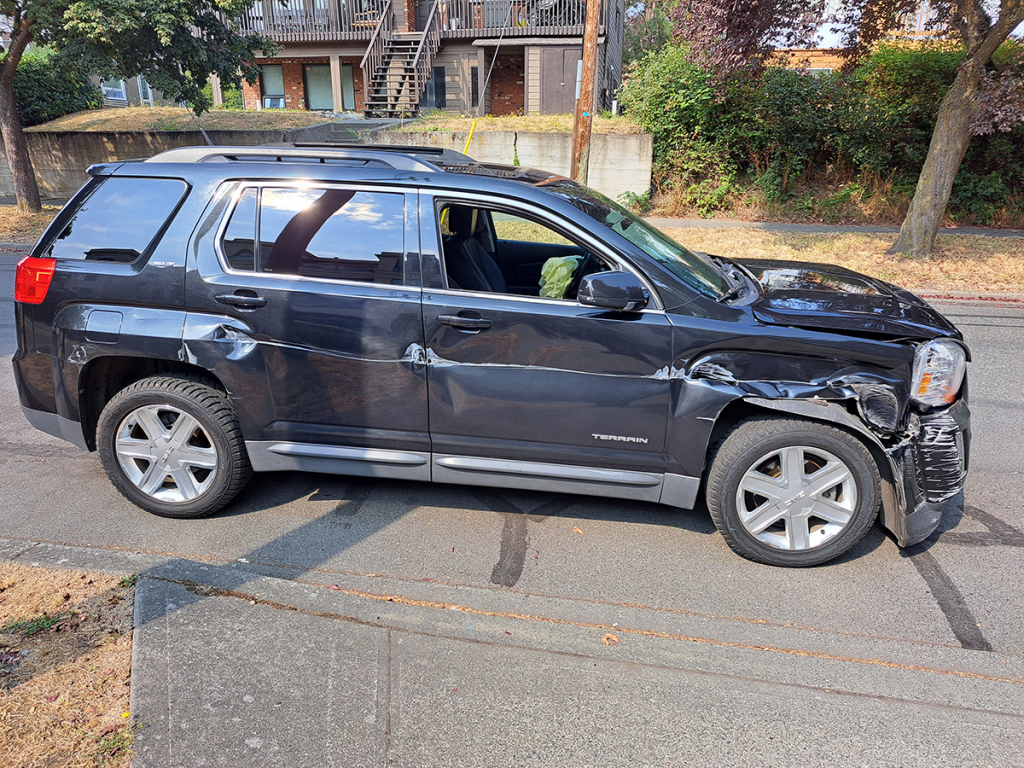 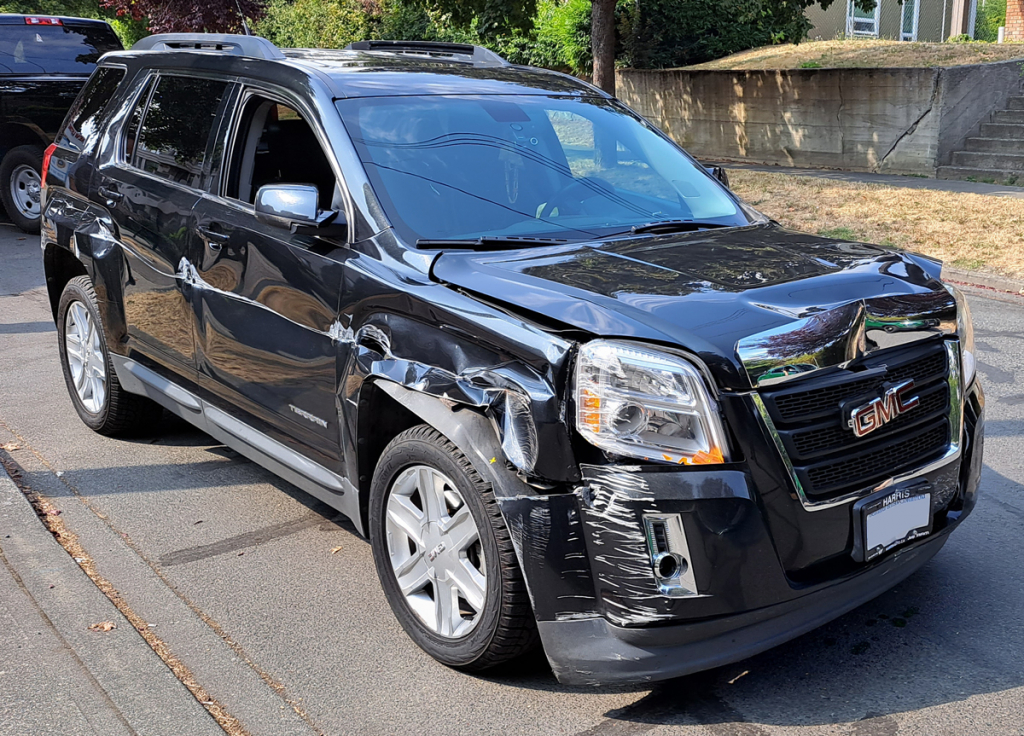 Both the BC Highway Patrol and VicPD investigations remain ongoing.

If you witnessed this vehicle being operated or have discovered your vehicle damaged in an unexplained collision today, please call the VicPD Report Desk at (250) 995-7654 extension 1. To report what you know anonymously, please call Greater Victoria Crime Stoppers at 1-800-222-8477.