Do You Recognize This Rental Fraud Suspect?

Victoria, BC – Investigators have arrested two suspects and are asking for additional potential victims to come forward after officers discovered a series of rental frauds which have cost at least 10 victims thousands of dollars.

Officers began responding to a series of reports of sophisticated rental frauds, noting similarities in the suspects’ descriptions and the methods the suspects used to defraud their victims. The frauds involve online ads for rental suites, are primarily conducted by email and text, often take place over weeks to months, and unusually involve suspects brazenly meeting with victims, calling victims’ references, and handing over fraudulent key fobs.

Two examples of these frauds are below.

On June 24th, one of the victims reported to VicPD investigators that they first responded to a Craigslist ad on March 28th, 2022. The victim met with the fraudster who claimed to be the owner of a suite in a multi-unit residential building in the 1600-block of Quadra Street. The fraudster called the victim’s references and an agreement was made with the victim who signed what they believed to be a valid lease agreement with a May 15th, 2022 move-in date. The victim transferred funds for both a damage deposit and a first month’s rent. The “owner” then contacted the victim and explained there had been a flood in the unit and that the move-in date would have to be delayed by a month. The suspect then provided a key fob that would “take a few days” to activate.

The victim went to the building and discovered that fob did not work and that the suite they had been shown was in fact a short-term vacation rental that was occupied by another tenant.

On September 1st, VicPD investigators spoke with a victim who reported that they had answered a Craigslist ad for a suite for rent in a multi-unit building residential building in the 800-block of Yates Street. Similarly to VicPD file 22-23568, the fraudster met with the victim and showed them a suite in the building. The fraudster took similar steps in confirming references with the victim. The victim entered into what they believed to be a valid tenancy agreement and transferred a damage deposit to secure the unit. The victim became suspicious and contacted the building’s property manager who informed him that the suite was not for rent.

On September 2nd, 2022, VicPD investigators executed a search warrant on a unit in the building. Officers located a man who is one of two suspects in these frauds. He was arrested and released for a future court date. While there, investigators discovered evidence of another potential rental fraud being conducted by the same suspects in the building. Officers contacted the suite owner to inform them and disrupted the fraud.

On September 19th, 2022, a victim in one of the frauds called police to report that he had observed the same man who had defrauded him at a business in the 1000-block of Pandora Avenue. VicPD officers attended, located and arrested the suspect. The man initially gave officers a false name, however one of the arresting officers had previously interacted with him on another matter and recognized him. The arresting officers were also aware that the suspect was wanted on a warrant for violating conditions related to a previous series of frauds, in which he faced 36 different fraud-related charges. He was transported to VicPD cells where his outstanding warrant was also executed. He was released on a series of conditions and with a future court date.

Given the man’s extensive history of fraud charges and convictions, and the number of victims in the current series of frauds that officers are investigating, investigators are concerned that there may be additional victims. 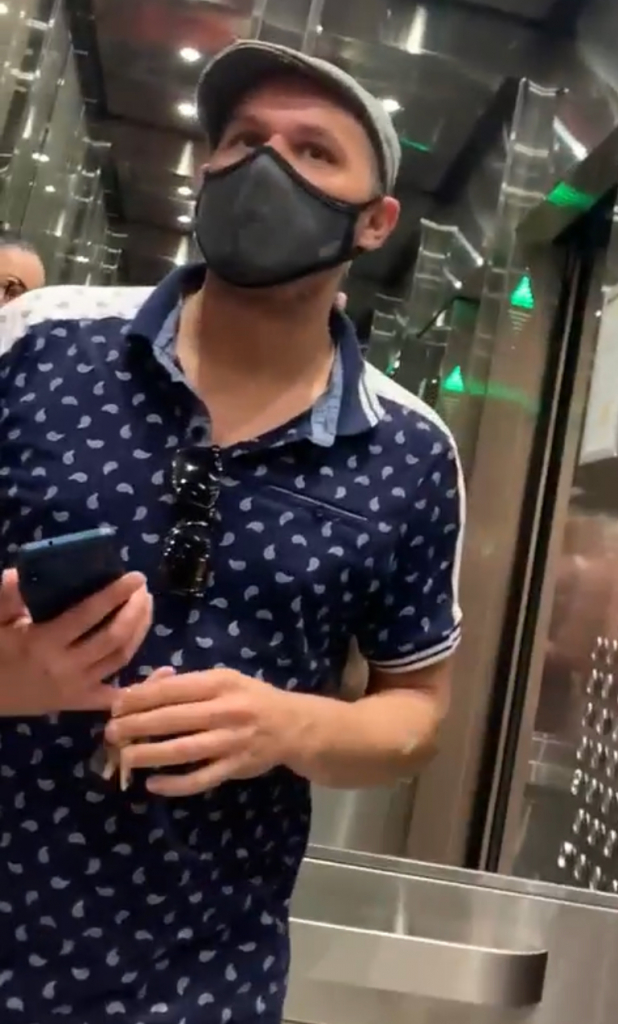 Do you recognize this man?

Officers are looking to connect with anyone who has met with this suspect. He is described as a Caucasian man, standing five feet, eight inches tall, with dark brown, stubble-length hair. He work wore a medical mask, a “newsboy” style hat, had painted finger nails, and was wearing tight jeans, a button-up shirt and a necklace.  An image of the suspect is below.

Do you recognize this rental fraud suspect?

He is a suspect in at least 9 similar fraud investigations, several of which have multiple victims and have cost many thousands of dollars. Investigators believe that there are more unreported rental frauds and victims related to these suspects that have not yet been reported.

If you recognize this man or have fallen victim to a similar rental fraud, please call the VicPD Report Desk at (250) 995-7654 extension 1. To report what you know anonymously, please call Greater Victoria Crime Stoppers at 1-800-222-8477.