Victoria, BC – Investigators have released still images of a man who threatened a bus driver with a knife as they work to identify and locate the suspect.

A BC Transit operator called police to the intersection of Fort Street and Lee Avenue at approximately 4:35 p.m. on Thursday, September 15th. Officers learned that a man had boarded the bus, threatened a Transit operator, and then sat down. Three stops later, the man got up and approached the Transit operator. He pulled out a knife and brandished it at the operator.

The operator immediately called for assistance and told the man that police were on the way. The man fled the bus and was last seen heading towards Foul Bay Road. No one was physically injured.

At the time of the incident, VicPD tweeted an initial suspect description and asked for assistance in locating him.

Investigators have recently been able to access video footage of the man and are releasing two still images of him. The suspect is described as a Black man, approximately 50 years-old, standing six feet tall with a slim build. He was wearing black clothes. While initial reports incorrectly indicated the man was wearing a cowboy hat, video shows him wearing a black and blue toque with a feather in it. He was also carrying a dark blue bag at the time of the incident. 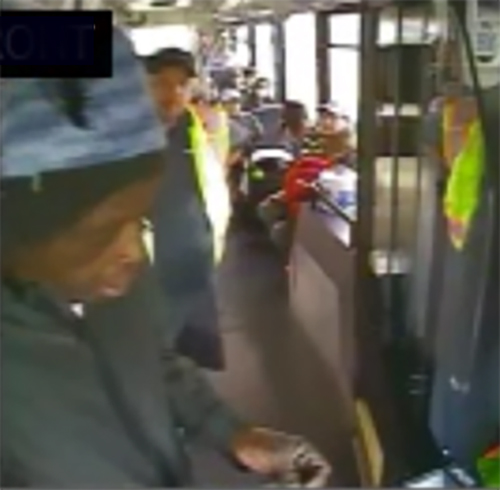 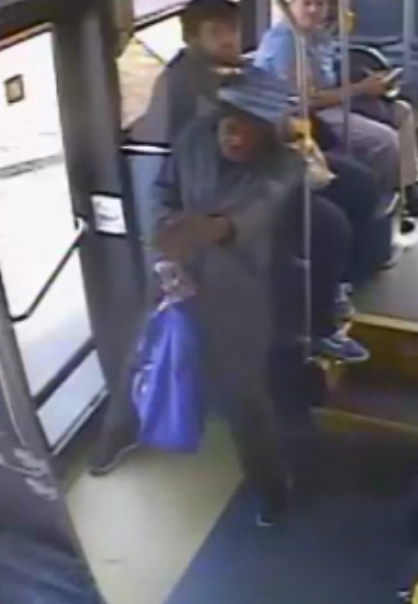 Do you recognize this suspect?

If you recognize this man or have information about this incident please call the VicPD Report Desk at (250) 995-7654, extension 1.