Victoria, BC –Riga Godron, who was wanted on a British Columbia-wide warrant, has been arrested by Langley RCMP.

Riga Godron was wanted on a warrant after failing to appear in court on sworn charges of obstructing a police officer, flight from police, and driving without due care and attention, after a July 1, 2022 Victoria incident in which officers had to leap out of the way of a vehicle that refused to stop. The vehicle fled the scene and was boxed in by responding officers in the 600-block of Pandora Avenue, a short distance from where Canada Day celebrations were occurring. The driver was pulled from the vehicle by officers and arrested. 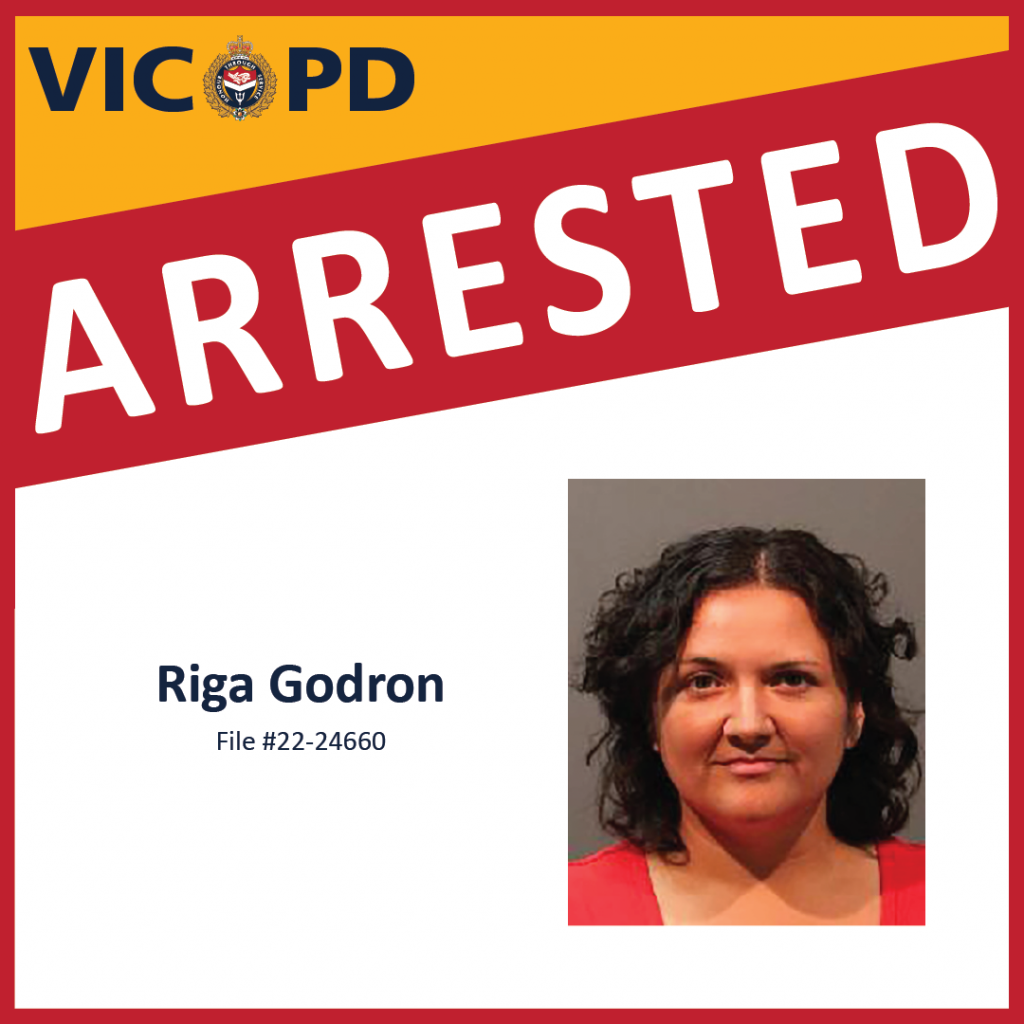 The charges have not been proven in court. Riga Godron is considered innocent until proven guilty in a court of law.