Victoria, BC – Officers are investigating a random attack in which a woman was struck in the face by a rock thrown through the window of her residence.

On Tuesday, October 25th, at approximately 9 p.m., a woman was sitting in the living room of her residence in the 1900-block of Chambers Street when two rocks were thrown through her window. One of the rocks struck a laptop. The other rock struck the woman in the face, resulting in significant, but non-life-threatening injuries.

The damage to the window and laptop is estimated to be over $5,000. The woman’s injuries require extensive medical treatment. A photograph of some of the damage is below. 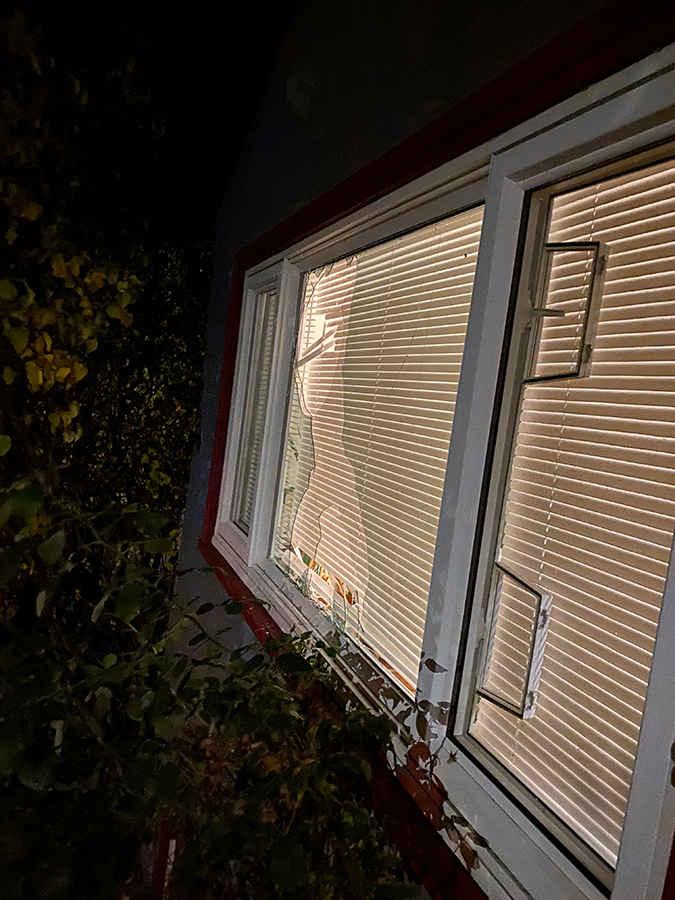 A suspect was observed running from the scene to a waiting vehicle, which then fled the area.

The suspect is described as a man standing between five feet, ten inches and six feet tall, with a medium build. He was wearing a grey or white hoodie. The vehicle is described as small silver Honda hatchback.

The investigation to date indicates that this incident is a random attack.

Investigators are asking anyone with information about this incident, or surveillance footage such as dashcam or doorbell cam video from the area to come forward.

If you have information about this incident, or surveillance footage from the area, please call the VicPD Report Desk at (250) 995-7654 extension 1. To report what you know anonymously, please call Greater Victoria Crime Stoppers at 1-800-222-8477.