Victoria, BC – VicPD officers are investigating an arson at an occupied multi-unit supportive housing building.

Just before 6:50 a.m. on Saturday, October 29th, Patrol officers were notified that the Victoria Fire Department was responding to a fire at a building in the 900-block of Humboldt Street. Once on scene, officers learned a person had opened an office window, reached in, and lit a fire. The building was occupied at the time and a staff member and a resident were in an adjacent room as the fire was set. Staff evacuated the building and no one was physically injured.

The office sprinkler system was activated by the fire and doused the flames. While the fire was extinguished before it could spread, the office area suffered significant water damage.

The suspect is described as a person wearing a light-coloured hooded sweater with the hood up and wearing a large backpack. 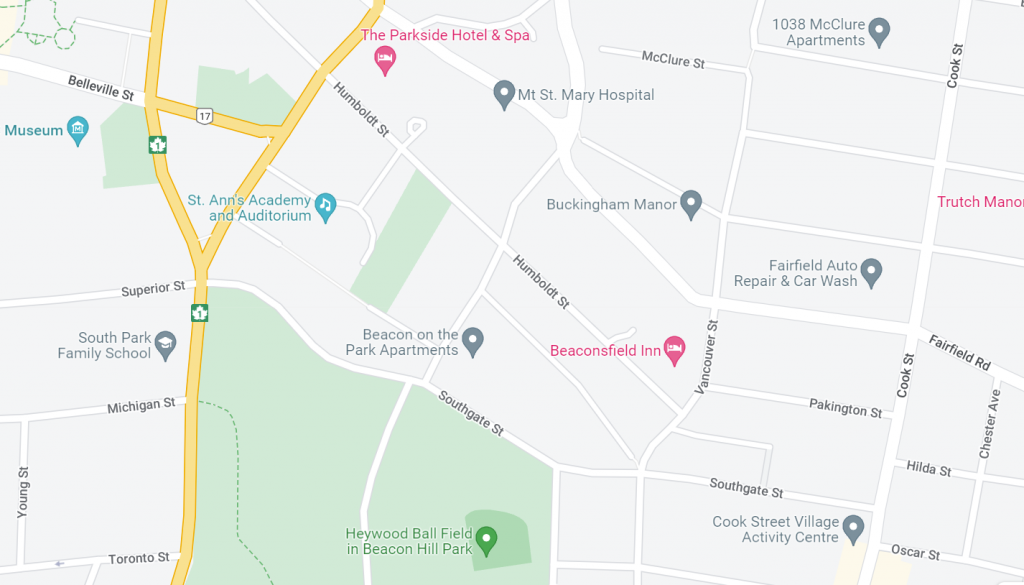 Do you have surveillance footage from this area?

This incident remains under active investigation. If you have surveillance footage from the area in the map above, or information about this incident, please call the VicPD Report Desk at (250) 995-7654, extension 1. To report what you know anonymously, please call Greater Victoria Crime Stoppers at 1-800-222-8477.