Victoria, BC – Officers are asking for your help as we work to locate Hamada Hussein Yiyia after he failed to appear in court on four charges of sexual assault.

Hamada Hussein Yiyia, 34, is described as a Black man with medium build standing five feet, ten inches tall, with black hair that is longer on the top and short on the sides and back. A wanted poster for Hamada Hussein Yiyia is below. 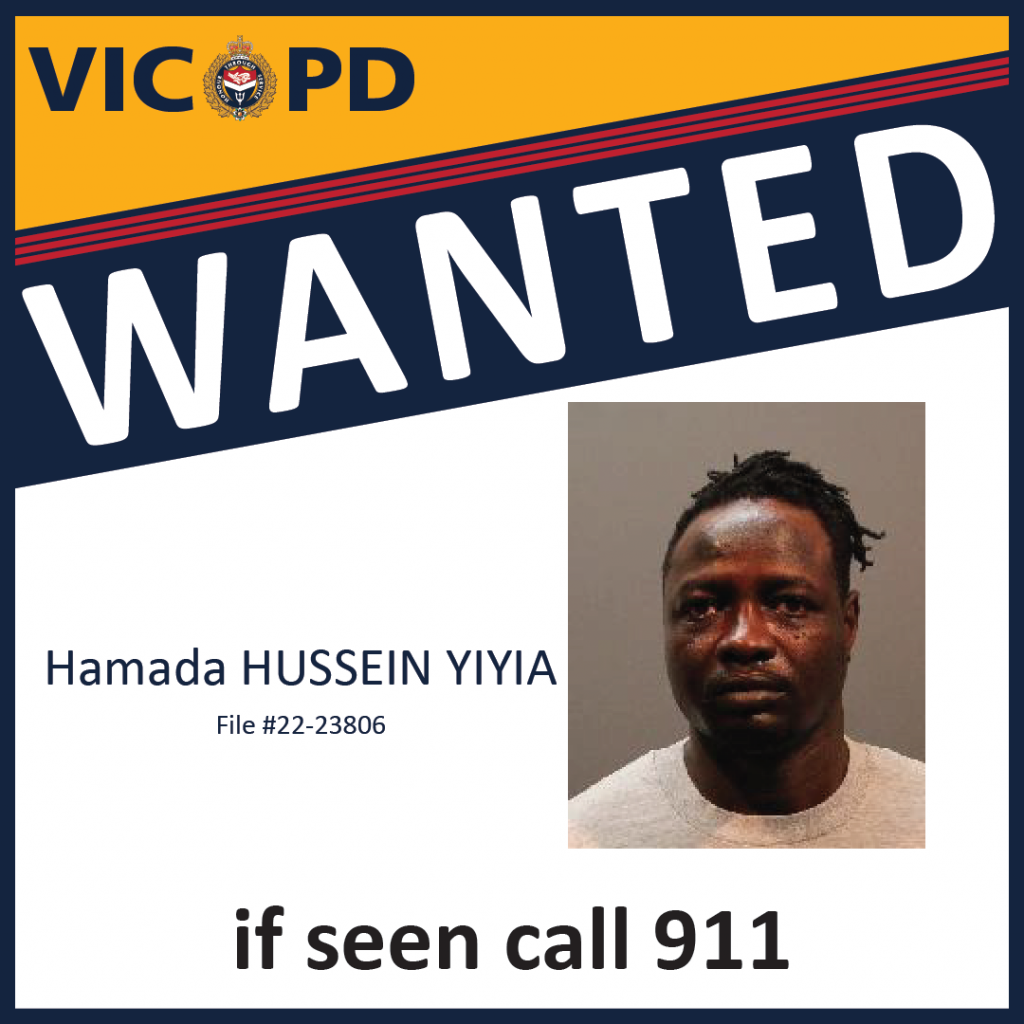 Patrol officers were called to the 1100-block of Douglas Street just after 9 p.m. on Saturday, June 25th, for a report that a man was pushing and sexually assaulting people in the area. As officers arrived, they observed a man approach a group of women and sexually assault them from behind. The officers immediately took the man into custody.

As officers were speaking with the three women whom they had observed the man attack, a woman and a female youth approached them and reported that the man had sexually assaulted them as well. While none of the women who spoke with officers required medical attention, at least one was struck with enough force to knock her to the ground.

At the time of his arrest, Hamada Hussein Yiyia was transported to VicPD cells, where he was held for court. He was later released pending trial. He failed to appear in court and is now sought on a B.C.-wide warrant.

Given the nature of the incident in which he was charged, officers have additional public safety concerns and ask anyone who sees Hamada Hussein Yiyia to call 911. If you have information about where he may be, please call the VicPD Report Desk at (250) 995-7654 extension 1. To report what you know anonymously, please call Greater Victoria Crime Stoppers at 1-800-222-8477.

We want survivors of sexualized violence to know that we believe you. For information on supports for survivors, including options for reporting, please visit vicpd.ca/webelieveyou.