Victoria, BC – Officers are asking witnesses to come forward after two separate incidents where hot liquid was thrown on women. 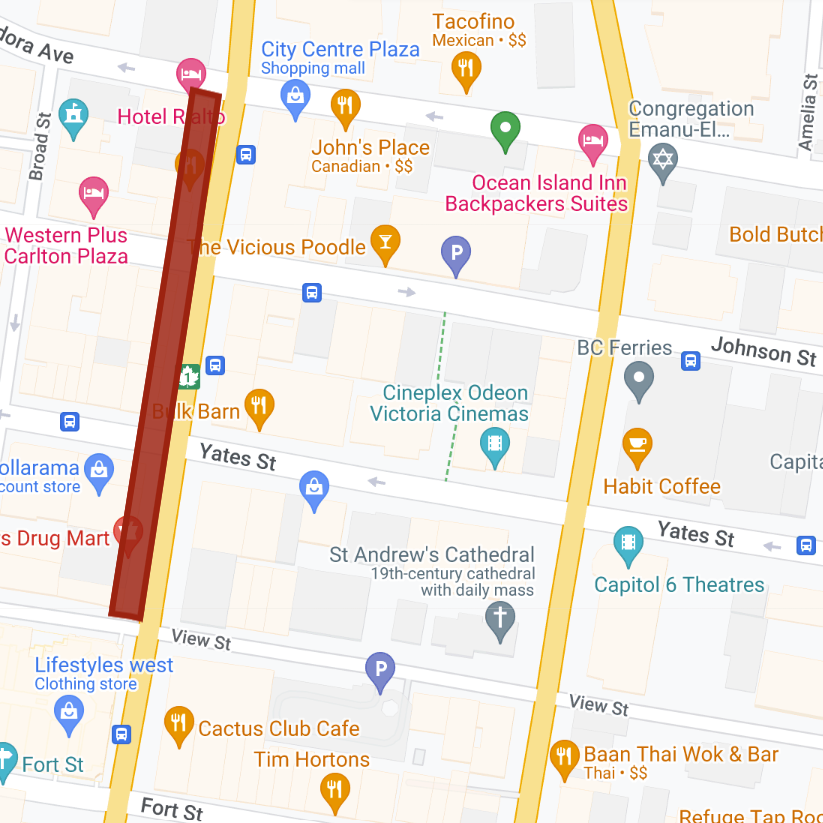 Area where the incidents occurred

If you have information on either of these incidents please call the VicPD Report Desk at (250) 995-7654 extension 1.