Victoria, BC – Investigators are asking for your assistance as we work to identify and locate two men who sexually assaulted a teen exchange student in Topaz Park on the morning of December 6th, 2022.

Between 9 a.m. and 10 a.m. on Tuesday, December 6th, the teen girl was walking through Topaz Park when her path was blocked by two men. The two men stopped the girl near the field house and washrooms located in the area of Finlayson and Glasgow streets. After stopping the girl, the two men sexually assaulted her. She was able to break free of the men and run to a safe place where she informed a responsible adult about what had occurred.

The two men are described as both being approximately 60 years-old. Both men had dark hair and were wearing dark coloured clothing consisting of black shirts, black pants and black shoes. Both men were carrying large black backpacks and, according to the girl, had a disheveled appearance. 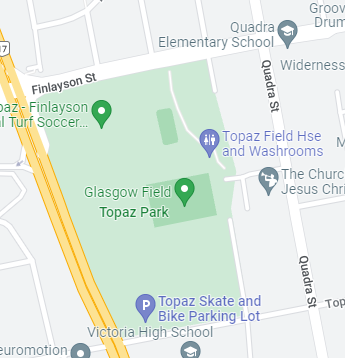 The incident was first reported to police in the evening of December 6th, and officers were first able to interview the girl last night, as her parents reside in a different country. The girl has been connected with supports.

This investigation remains active and officers are working to identify and locate the suspects.

Investigators are asking anyone who has surveillance footage from the area, or who witnessed the incident, or who recognizes the description of the two suspects, to call the VicPD Report Desk at (250) 995-7654 extension 1.

A video version of this Community Update is available here: https://www.instagram.com/p/Cl7LcJ5g9A5/