Victoria, BC – Investigators are asking for the public’s assistance in identifying a man from an attempted robbery that occurred on December 15, 2022.

Just before 11 p.m. on Thursday, December 15, 2022, a man attempted to gain entry to a business in the 1900-block of Foul Bay Road. Finding the business closed and the front door locked the man began banging on the door before firing what appeared to be a handgun into the air. The man then fled the area on foot. Investigators have not yet determined if the handgun was an actual firearm, a pellet gun or a replica.

The man is described as Caucasian, 20 to 30 years old, approximately six feet tall with short brown hair and brown facial stubble. He was wearing a navy blue t-shirt, black pants, grey and blue sneakers and a t-shirt around his head. Below are two images of the male captured on CCTV. 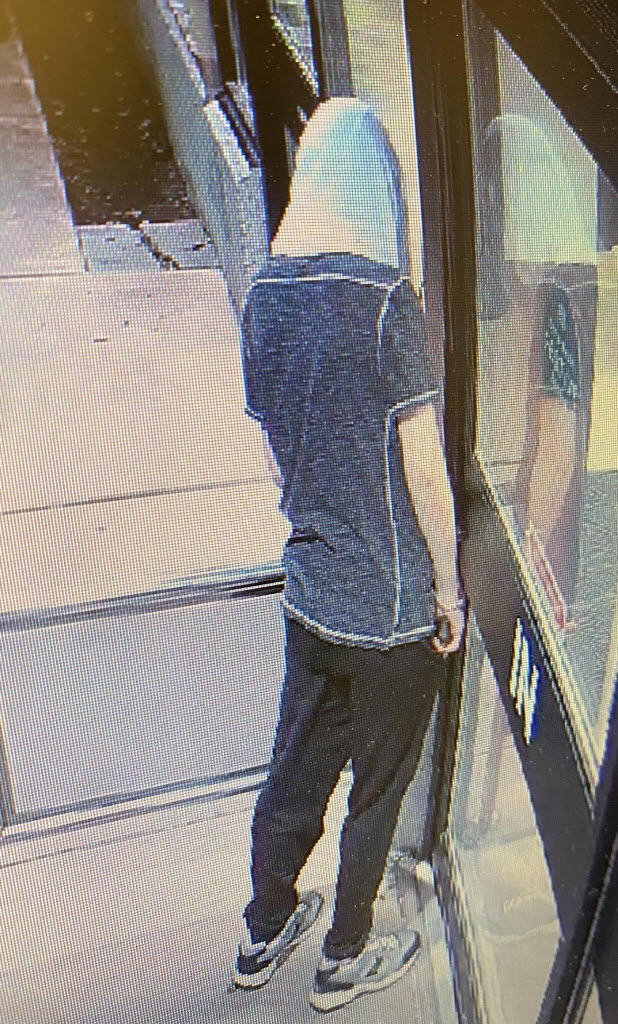 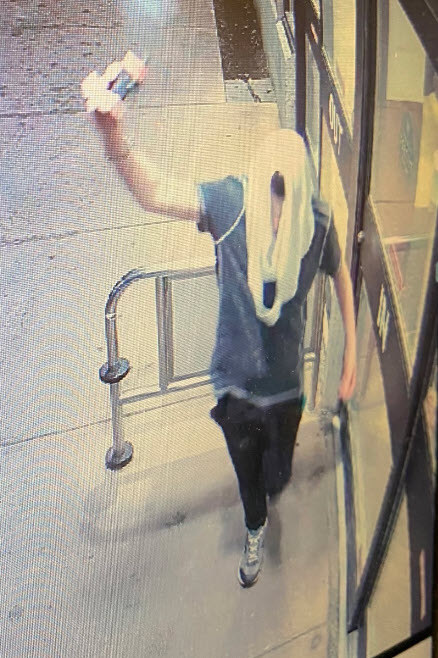