Victoria, BC – VicPD Patrol officers are investigating after a suspected bicycle “chop-shop” was discovered in Beacon Hill Park earlier today.

At approximately 9 a.m. on July 14th, Patrol officers attended a secluded area within Beacon Hill Park to investigate tips from the public of a bicycle “chop-shop” in the area. The officers located a large number of bicycles in varying states, bicycle parts, and other property including power tools, industrial torches and propane tanks. Photographs of the area are included below. 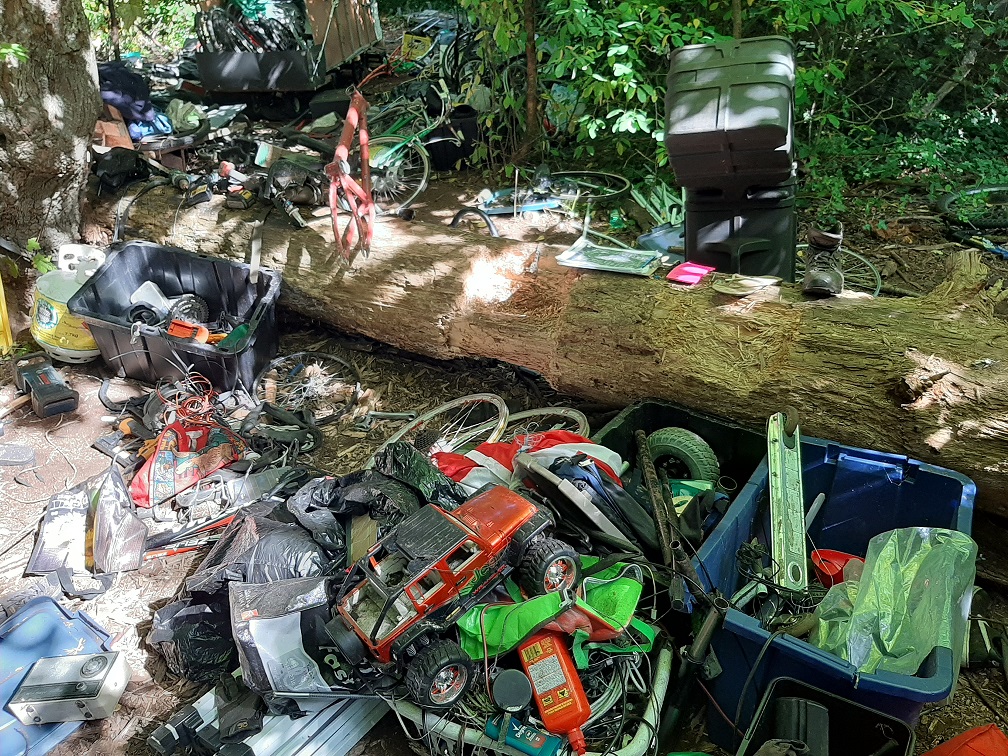 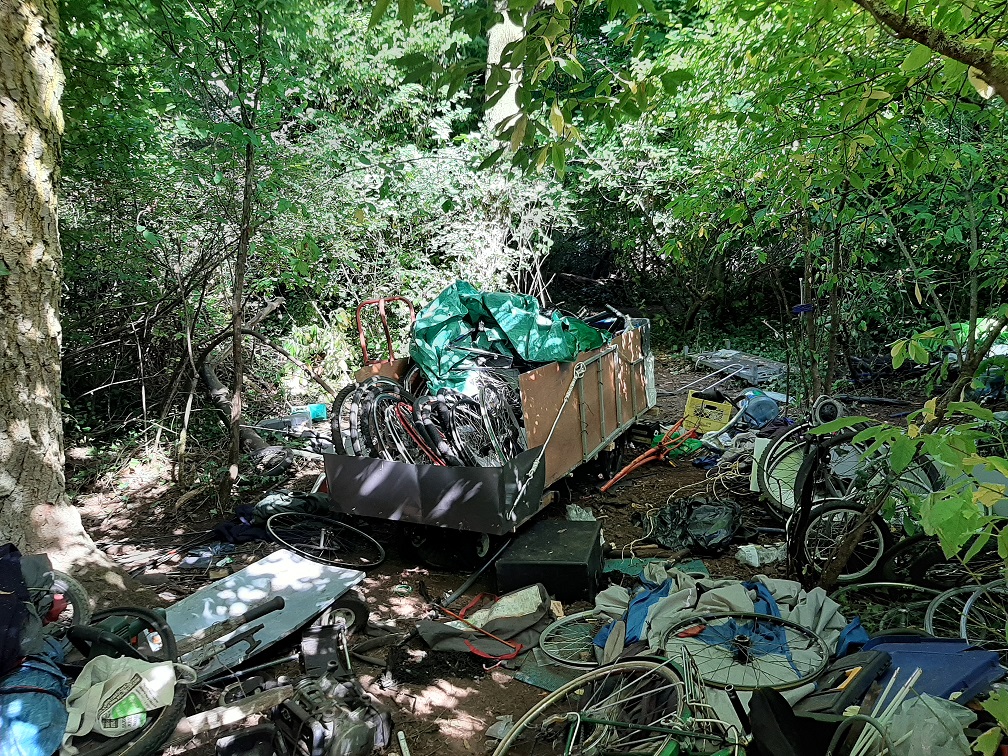 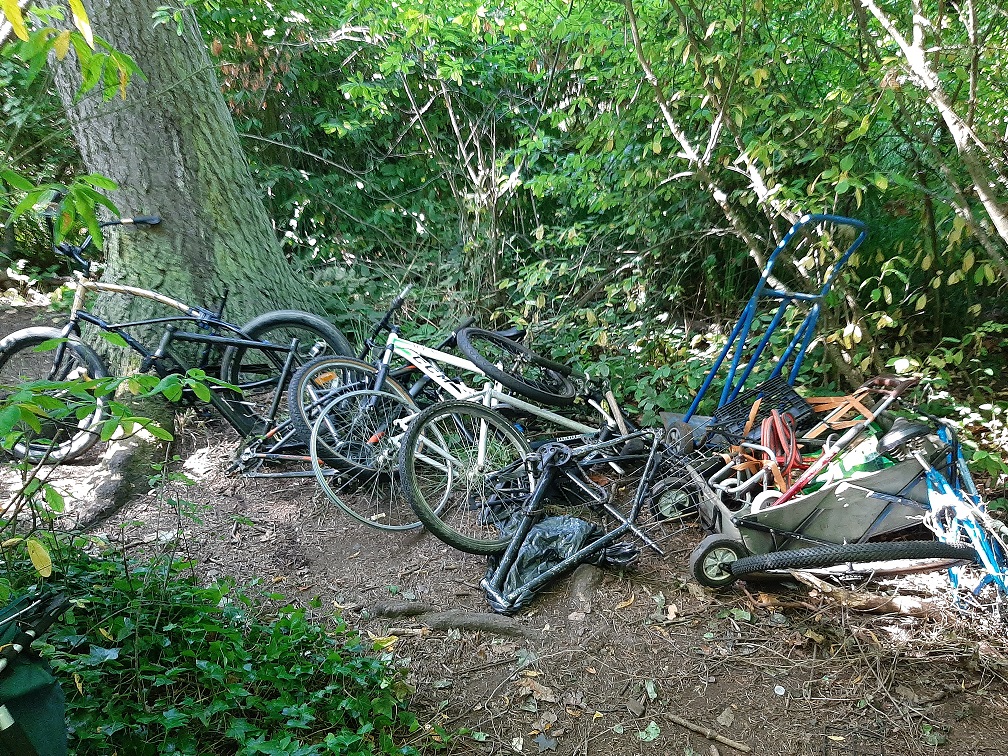 How to protect yourself from bike thieves

One of the best ways you can protect yourself from bike thieves is by recording your bicycle serial numbers and, in the unfortunate event your bike is stolen, report it stolen to police.

We often locate bikes that are abandoned or likely stolen, but are challenged to return them to their rightful owners as they haven’t been reported lost or stolen.

You can register your bike with us for free through our VicPD Bike Registry. Forms are available here: https://vicpd.ca/services/bike-registry/. You can either drop the form off in person at VicPD Headquarters at 850 Caledonia Avenue, or email it to [email protected]