Victoria, BC – A replica firearm has been seized after officers responded to a report of a man with a firearm near a school this morning.

Just after 9 a.m., VicPD officers from the Patrol Division, Community Services Division, and the K9 Section flooded the Quadra Village area after a caller reported to 911 that a man had been seen brandishing a gun outside a nearby school. Lockdowns were instituted at schools in the area, including Quadra Elementary and an educational building, known as the Quadra Warehouse in the 2500-block of Quadra Street.

A public alert was issued through our VicPD Canada Twitter account, Facebook and our Instagram account and on our VicPD Connect app advising area residents and people at nearby businesses to remain indoors while officers searched the area. The Vancouver Island Warehouse school was evacuated, searched and cleared by officers. 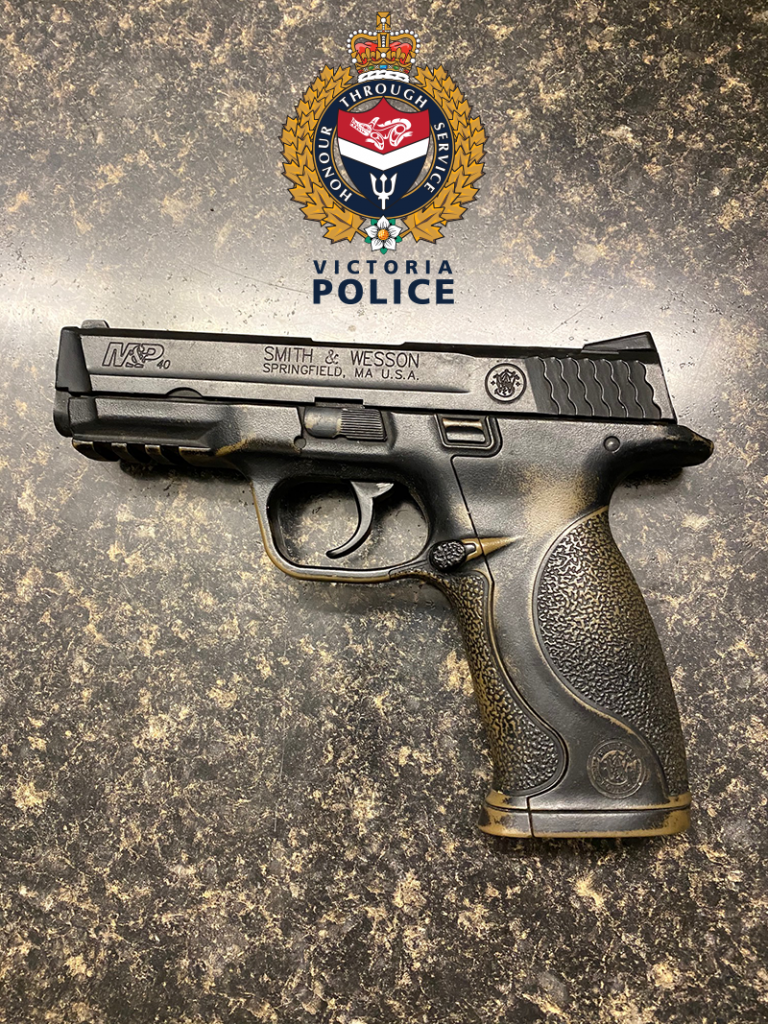 No one was physically injured in this incident.

Officers respond to all firearms as though they are real, functional weapons until they can be otherwise determined to be replicas. Those who use and possess replica firearms are urged to exercise caution in transporting them.

During this emerging incident, alerts were issued using our free VicPD Connect app as well as our social media accounts. Download VicPD Connect to be notified during public safety incidents like this. https://vicpd.ca/vicpdconnect/

Officers commended School District 61 staff, including teachers, support staff, administrators and students for their professional, rapid and effective response during this dynamic incident.