Victoria, BC – VicPD Strike Force officers, working with the Greater Victoria Emergency Response Team (GVERT), have arrested three people from Surrey and seized drugs, cash, and a loaded handgun which was found in the hidden compartment of a vehicle. The arrests and seizure are a part of the same investigation which recently yielded a kilogram of 90 percent concentration fentanyl, which could have supplied an estimated 495,000 lethal doses to our community.

Strike Force officers then executed search warrants on two suites associated to the suspects at a hotel in the 700-block of Douglas Street. Within each suite officers located evidence of a drug trafficking operation, including quantities of fentanyl, cocaine and cash.

In total, the search of the vehicle and two hotel suites yielded nearly $60,000 in cash, cocaine and fentanyl with an estimated street value of $50,000, and the loaded .45 calibre handgun.

The concentration of this recently seized fentanyl has not been confirmed.

Photographs of the seized items are available below. 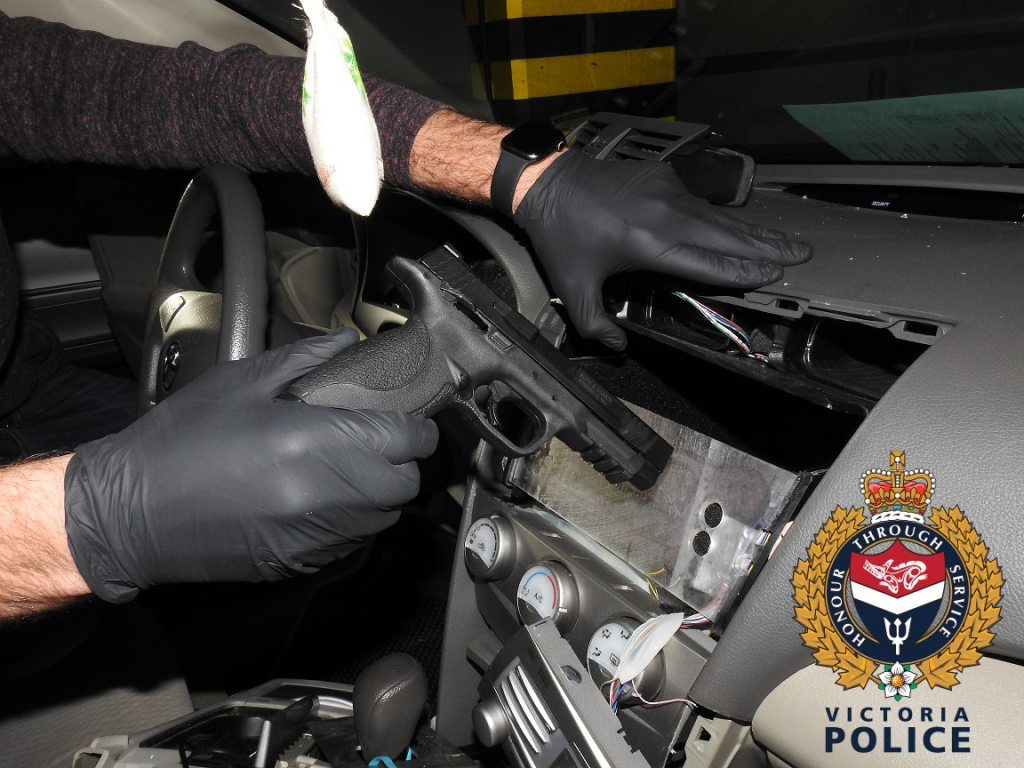 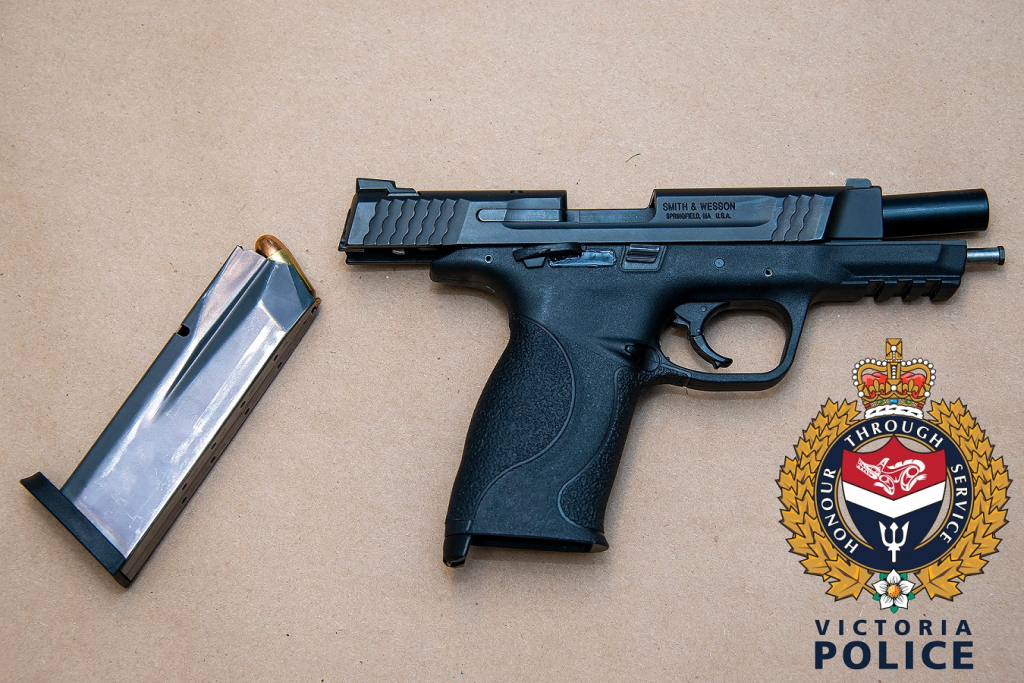 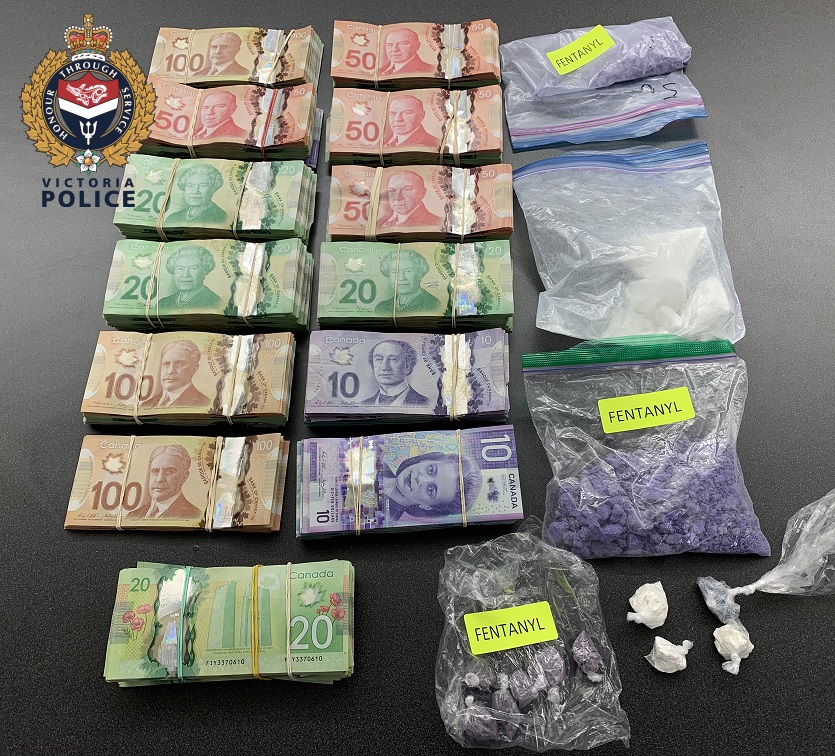 This investigation is part of a larger, months-long project which Strike Force initiated in July to target organized crime groups trafficking drugs in Victoria and Esquimalt. In October, Strike Force arrested a separate suspect associated to organized drug trafficking in the 0-block of Dallas Road. During the arrest officers seized one kilogram of 90 percent concentration fentanyl. Typically, samples of fentanyl are found to contain on average 10 percent fentanyl. In 2019 only one sample in Canada tested above 75 percent. In 2020, seven samples across the country have tested above 75 percent.

As part of this project, Strike Force officers executed an additional search warrant on the afternoon of October 7th at a suite in a multi-unit residential building in the 700-block of Yates Street. Officers arrested the occupant of the suite for drug trafficking related offences and seized over $5,000 in cash, and quantities of cocaine and fentanyl with an estimated street value of approximately $55,000.

Strike Force relies on tips from the public. If you have information about drug trafficking or firearms in our community, you can call the Strike Force line directly at (250) 995-7260.