Victoria, BC – The Vancouver Island Integrated Major Crime Unit (VIIMCU) has assumed conduct of the investigation for the woman found in Beacon Hill Park last week after it has been confirmed to be a homicide. Investigators are seeking witnesses and additional information.

Shortly after 6 a.m. on Wednesday, March 3rd, VicPD Patrol officers were called to the south side of Beacon Hill Park, along Dallas Road, for a report of an unresponsive woman. Officers attended, along with BC Emergency Health Services paramedics, and despite providing CPR to the woman, she was confirmed to be deceased. The BC Coroners Service attended and assisted with the investigation.

VicPD’s Major Crime Unit continued the investigation until the woman’s death was determined to be a homicide early this week at which time VIIMCU was notified.

This homicide is not believed to be related to the fatal vehicle fire in Beacon Hill Park on March 4th in which one man died.

VIIMCU investigators are asking for witnesses as they continue their investigation.

Investigators are asking anyone who was in the following areas between the hours of 11 p.m. on Tuesday March 2nd, and 5 a.m. on Wednesday March 3rd to please call the VIIMCU Information Line at (250) 380-6211: 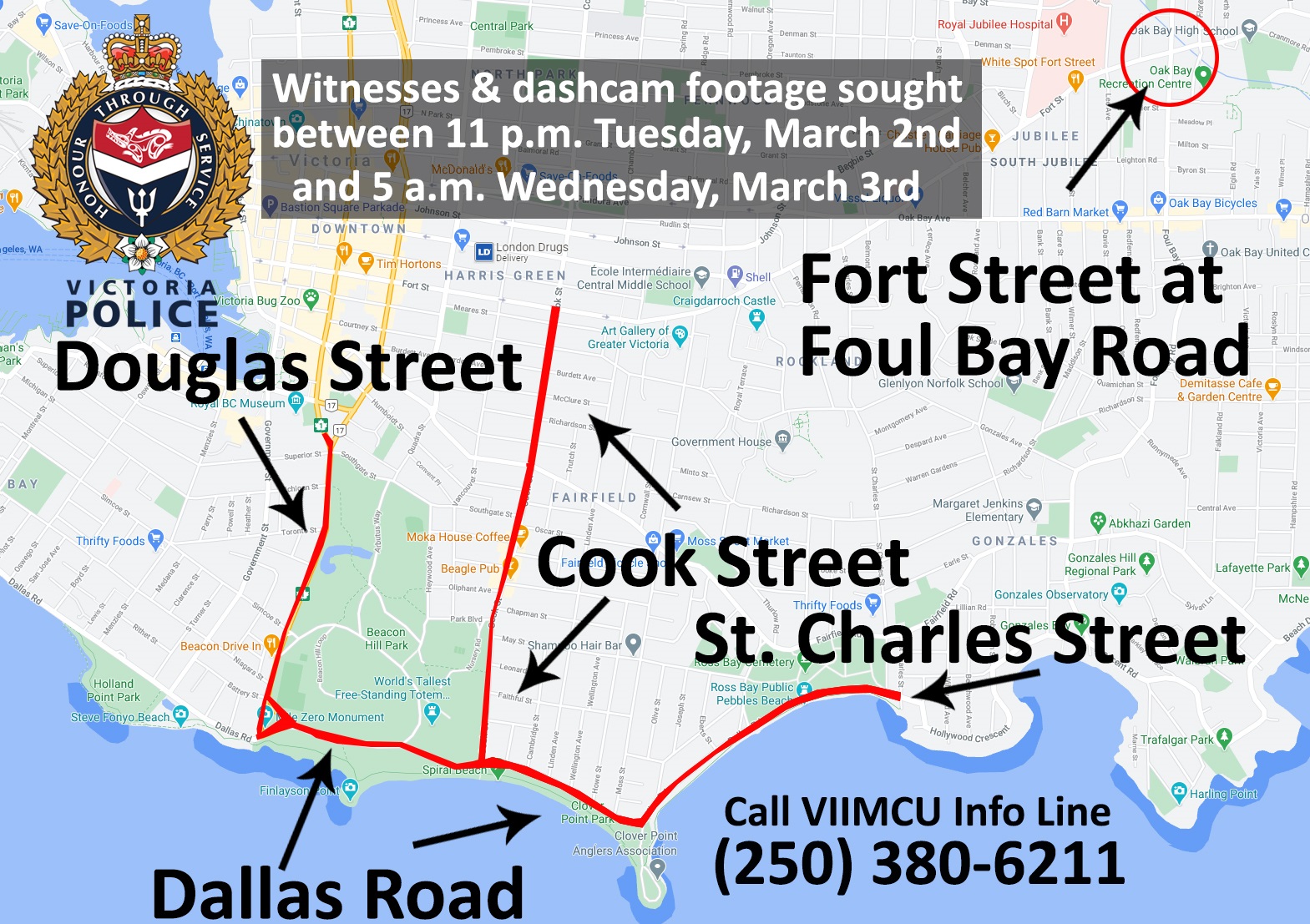 Investigators are currently conducting an assessment of risk to public safety.  Investigators do not believe that the general public is at risk. However, this investigation is ongoing.

If you have information about this incident please call the VIIMCU Information Line at (250) 380-6211.