As part of our ongoing Open VicPD transparency initiative, we introduced Community Safety Report Cards as a way to keep everyone up to date with how the Victoria Police Department is serving the public.  These report cards, which are published quarterly in two community-specific versions (one for Esquimalt and one for Victoria), offer both quantitative and qualitative information about crime trends, operational incidents, and community engagement initiatives.  It is hoped that, through this proactive sharing of information, our citizens have a better understanding of how VicPD is working toward its strategic vision of “A Safer Community Together.”

Charts reflect median response times for the following Priority One and Priority Two calls in Esquimalt.

Source: VicPD
NOTE: Times are displayed in minutes and second. For example, “8.48” indicates 8 minutes and 48 seconds.

Community and business survey data from 2021 as well as past community surveys: “Do you think that crime in Esquimalt has increased, decreased or remained the same during the last 5 years?”

VicPD attended an alarming night-time trespassing call in August. It was a significant event for Esquimalt this summer. A male trespassed on the property of a female resident in the vicinity of Fleming Beach. The female believed that the male was attempting to break into her residence so she cried out for help. The male was chased off the property and quickly apprehended by members of the community. This situation was traumatic not only for the victim, but also other members of the neighbourhood and the Township. In order to bolster community safety and a sense of wellbeing, Constable Lastiwka and Sergeant Hollingsworth facilitated a neighbourhood meeting. The members provided Crime Prevention Through Environmental Design (CPTED) information and answered questions pertaining to personal safety. The meeting, which was also attended by Mayor Desjardins, was well-received by the community members.

It was another busy summer for VicPD. VicPD’s Esquimalt Division launched the annual “Summer Action Plan” to increase police visibility in the Township and Vic West. This primarily involved increased foot and mountain bike patrols in key areas like beaches and parks. It was well received and appreciated by the members of the community. 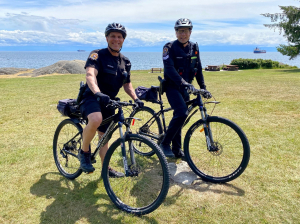 Esquimalt Division also participated in the “Smile for a Child Campaign” in partnership with the Esquimalt Lions. The goal of the campaign was to conduct a toy drive to benefit children at Victoria General Hospital (VGH). This campaign was a huge success and Constable Lastiwka presented Esquimalt Division’s contributions to VGH on July 30th. 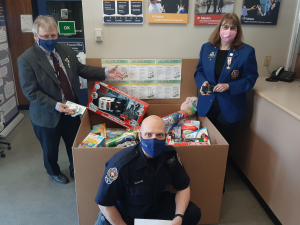 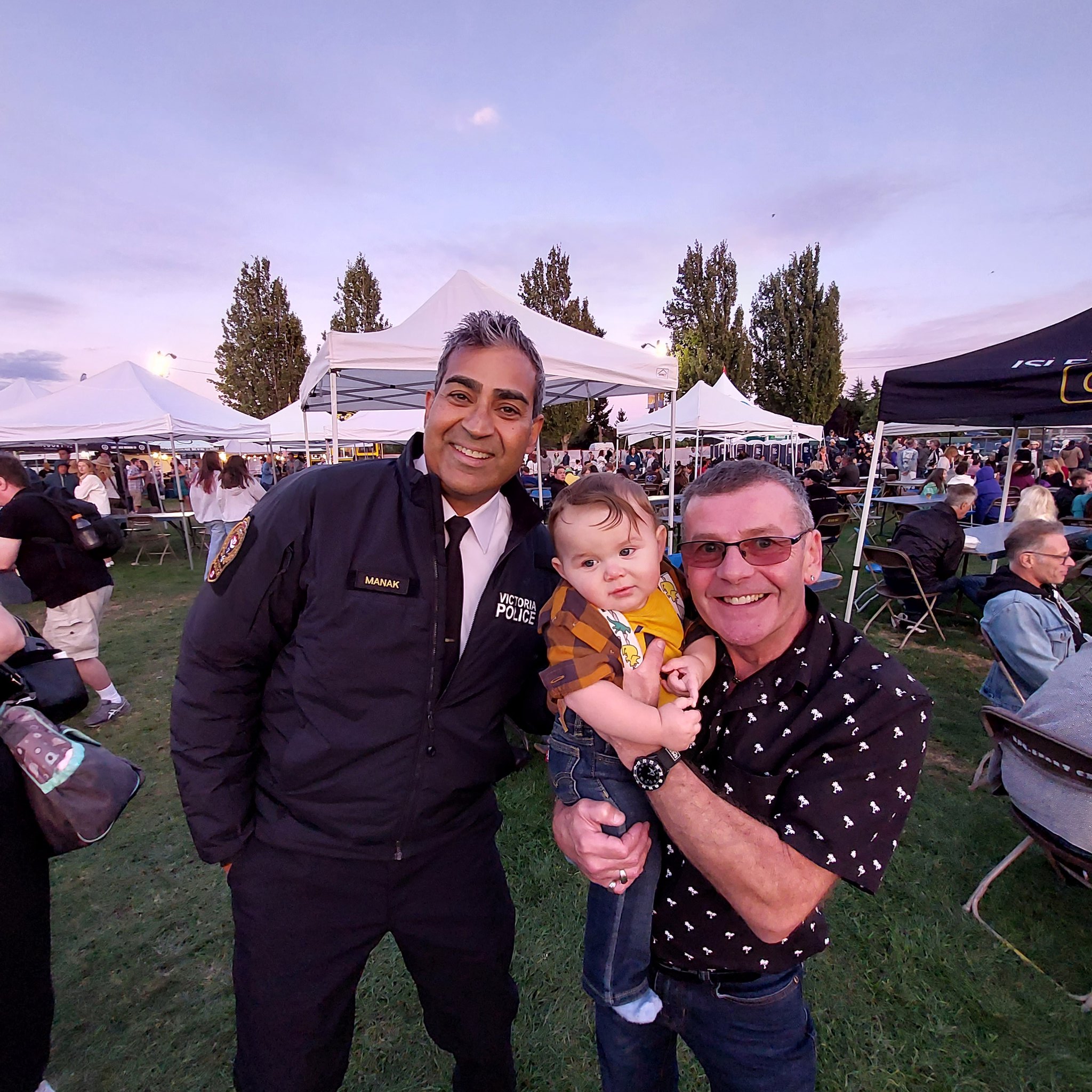 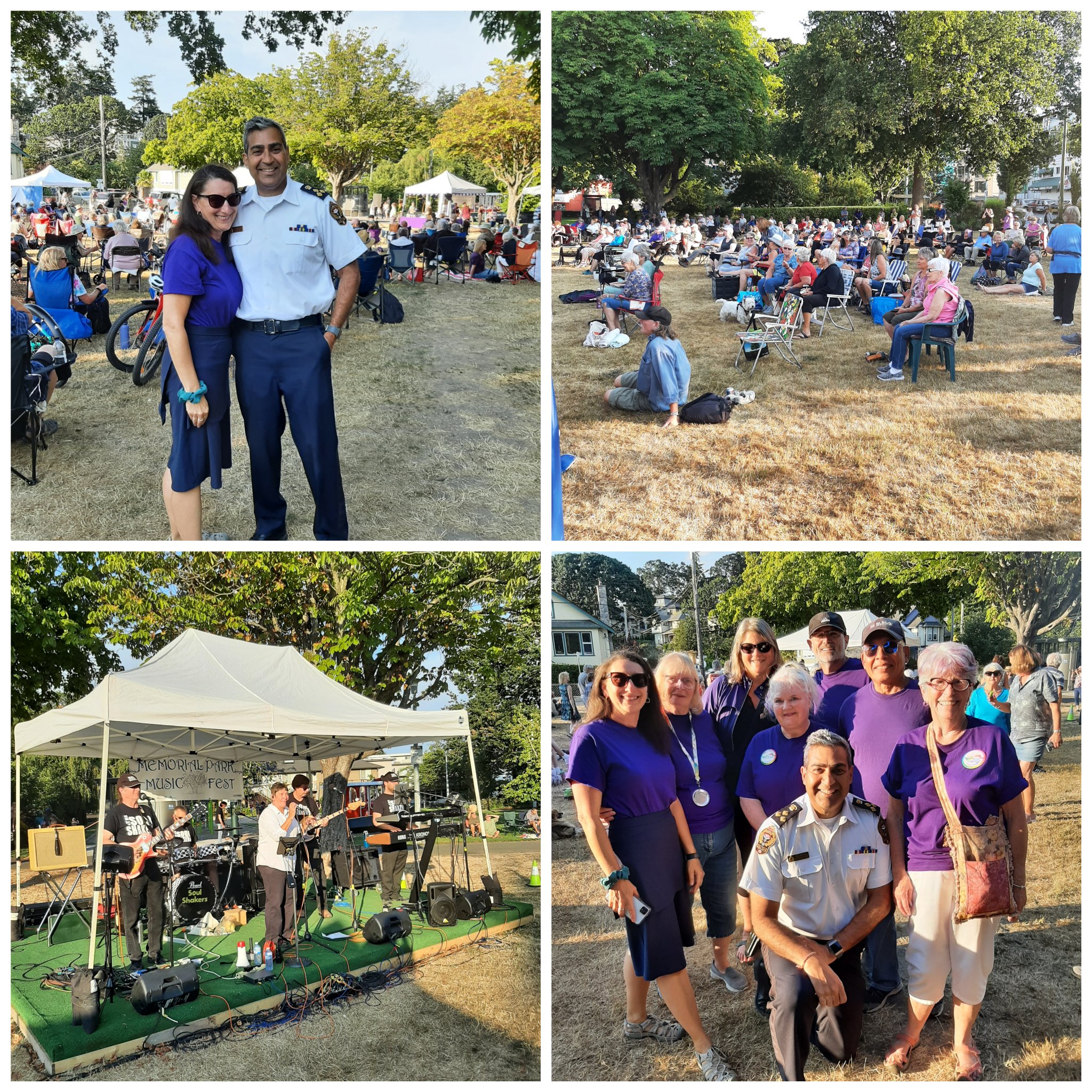 In August, community members within VicPD’s Block Watch threw a Block Watch party. VicPD officers attended. It was a great opportunity to engage with our neighbours.

With the return to school for families in September, VicPD launched another back-to-school campaign. VicPD officers and volunteers were deployed at schools across Victoria and Esquimalt reminding everyone to slow down. The campaign’s goal was to keep our students, families and staff in mind, and have a safe start to back-to-school. 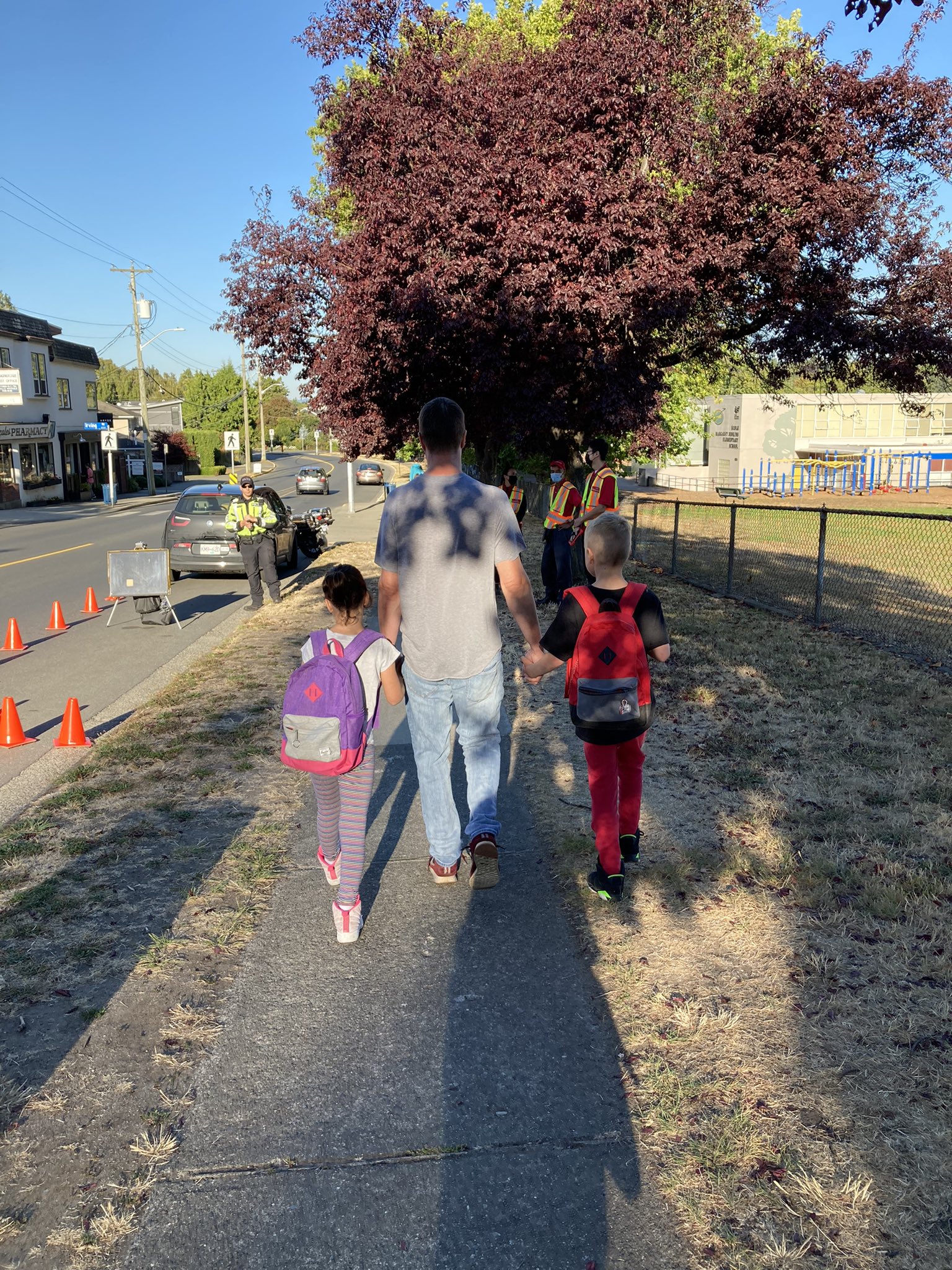 This year marked the first official year of the National Day of Truth and Reconciliation. VicPD’s Chief Manak was honoured to be included in the welcoming ceremony for Indigenous Youth arriving by canoe to the Esquimalt and Songhees Nations. We took the opportunity to listen, learn, reflect and commit to the important work of the reconciliation process. 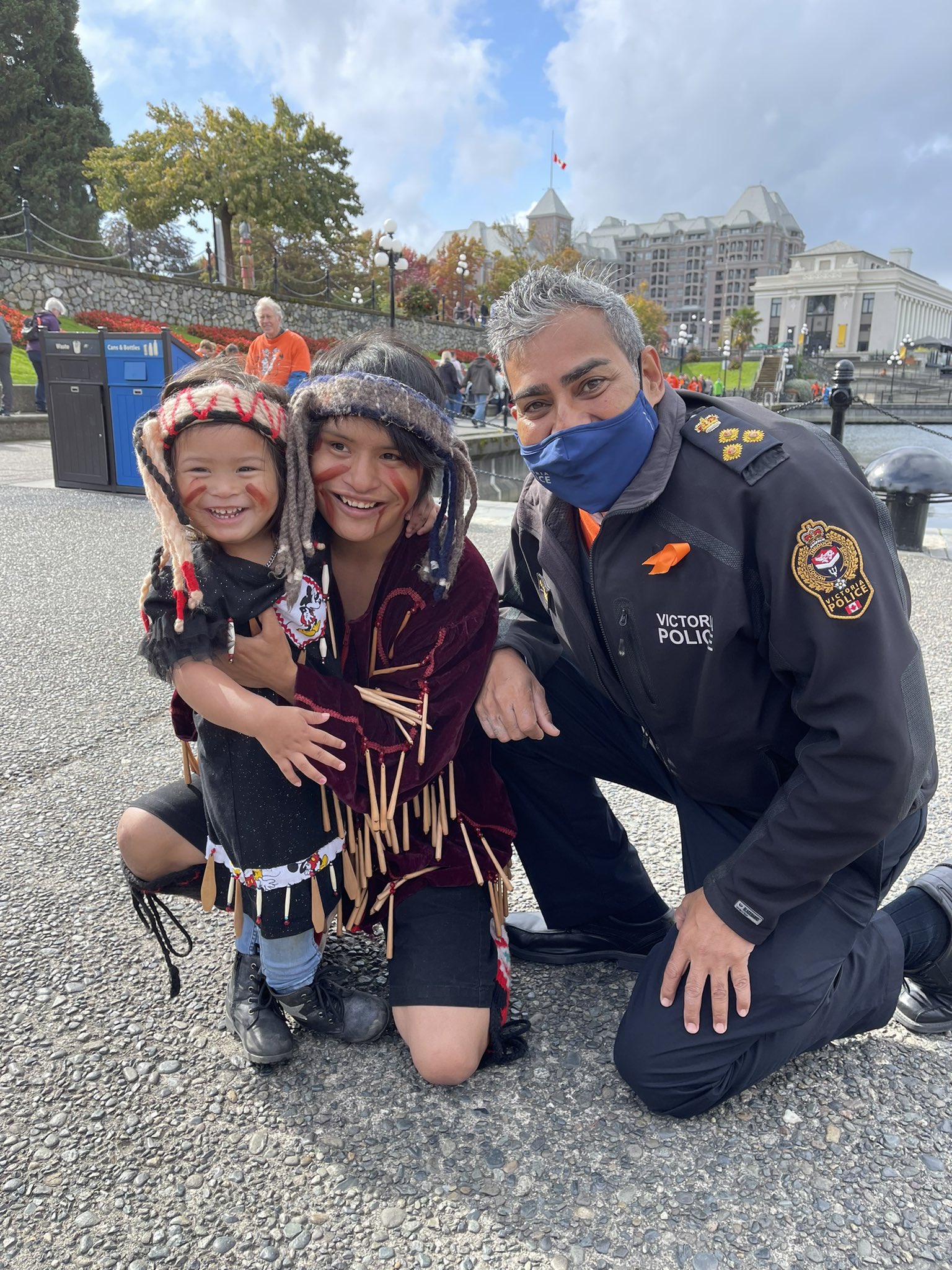